George Clooney’s new film deserves the biggest and best screen you can find – and as much of your attention as you can spare – reports Dan Slevin. 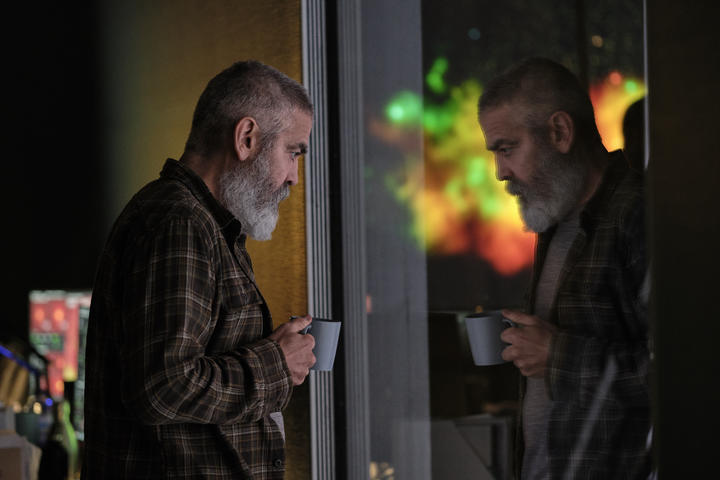 When I started out in this profession there were certain things that you could take for granted and the main one was that there would be some consistency to how you and your readers would experience the thing you were talking about. There would be shared assumptions, if you like. That you would sit with other people in a darkened room. The screen would take up a fair portion of the wall opposite and the sound would demand attention.

Even if we – as critics – were sometimes given DVDs to watch at home, or we might watch a film at 9am on a Tuesday morning with a handful of other critics, we could use our imaginations about how a particular film might work for a packed audience on a Friday or Saturday night.

This is no longer true. Most of what I review here at Widescreen is now home entertainment first and the ways that audiences can consume that home entertainment are as a varied as the audience itself. At my house, I’ve chosen to try and recreate a theatre experience as much as I can, or at least as much as my means allow. But many people are watching streaming media on laptops or tablets, propped up in bed or at a kitchen table. They might be wearing headphones or earbuds that seal off the outside world or they gather the family around a new-fangled smart TV that has tinny internal speakers that sound like rubbish if you try and turn the volume up.

It’s conceivable that many viewers still have their TVs set on the showroom settings that were designed to make them look bright and cheerful on the shop floor but are not only unsubtle and un-cinematic but fail to present the work in the way that the creative people who made it intended. 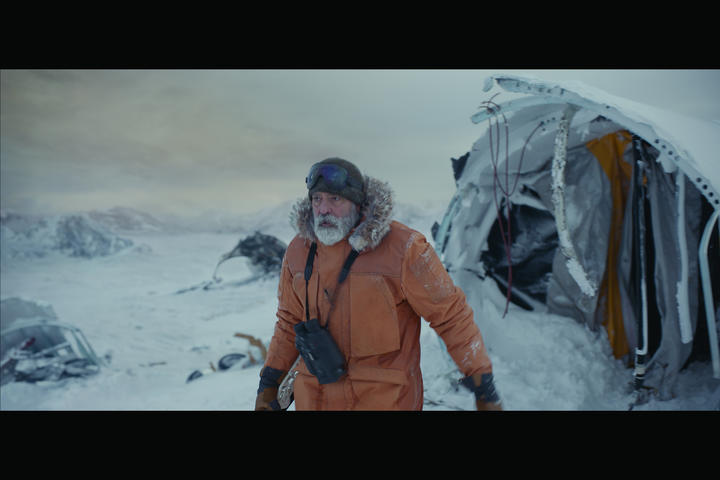 Which is a long and roundabout way to say that I wish we could all see George Clooney’s new science fiction drama The Midnight Sky at the pictures – especially somewhere like Wellington’s Embassy – because it would look and sound glorious. We would also be able to concentrate on the small details of writing and performance that make it one of my favourite films of the past 12 months.

But this is not where we are, right now, and Mr. Clooney has been forced to accept the vast sums of money on offer from Netflix and premiere his film there rather than in the cinemas that few people internationally feel safe going to. People are going to watch this film on their phones on the way to work, on a couch in broad daylight while they are tweeting after 15 minutes about how it isn’t very compelling, or they’re going to watch it over three nights because they keep getting interrupted.

This will be a shame.

Clooney himself plays Augustine, a scientist at an Arctic research base. When his colleagues – and everyone else in the world – is evacuated because of an unspecified but probably nuclear catastrophe, he decides to stay because he is dying of cancer anyway. His mission is to contact the various interplanetary expeditions that have been sent to investigate the feasibility of colonising a planet that he has discovered and tell them not to come home because there will be nothing here for them if they do.

Meanwhile, one of the spacecraft – captained by David Oyelowo and crewed by (among others) Felicity Jones and Kyle Chandler – are getting increasingly worried about why they have lost contact with home. 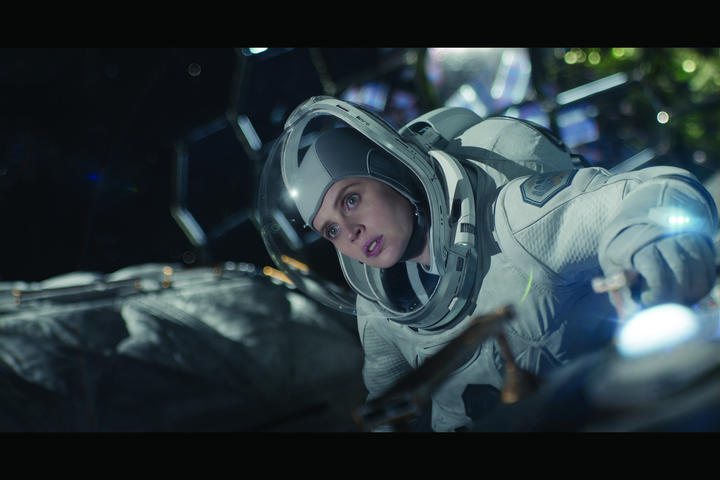 The film switches between the two increasingly desperate locations – Clooney and a silent young stowaway girl (Caolinn Springall) trying to reach an Arctic antenna that can break through the static and the occupants of the Aether, fighting their way through uncharted space trying to get to a home that doesn’t exist anymore.

At my house, we were captivated by this film. It’s meticulous and steady and there are interesting directorial and design choices everywhere. And Clooney is always watchable, especially in this new – acknowledging his age – phase. It’s his first feature film performance since 2016’s Money Monster.

The Midnight Sky is streaming on Netflix and, according to their rating system is rated PG-13. Midnight Run is also streaming on Netflix and is rated R-13 for violence and offensive language according to the NZ Film & Video Labelling Body. It is possibly the sweariest film this reviewer has ever seen and every single curse is a delight, but be warned.