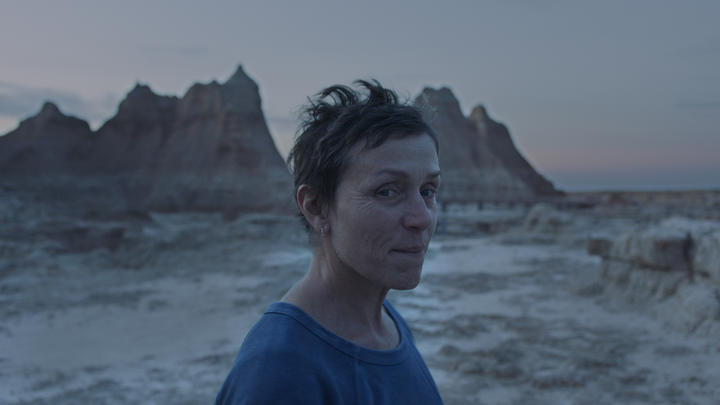 If you are anything like me, you’ve been having a lot of conversations lately about the state of the United States. I mean, the state of it, right? Depending on who you talk to, we are witnessing either the deterioration of a once-great nation or witnessing the revelation of prior deterioration that nobody wanted to investigate too closely.

On the surface, Chloé Zao’s film Nomadland should add to that message of depression but instead I came out of it strangely optimistic. I mean, it ends on an image of hope for Fern, the protagonist played by Frances McDormand, but I also felt encouraged for America. If films like this are being made, about characters like this, in situations like this, then maybe all is not lost.

Nomadland is set almost a decade ago, as America is emerging from the economic and social desolation caused by the GFC. The entire town of Empire, Nevada, has just ceased to exist after the local Gypsum plant closes, putting the entire population out of work. Recently widowed Fern hits the road in her converted white van, drifting from temp job to temp job, living in RV parks (if she’s lucky) or parking lots (if she’s less so). 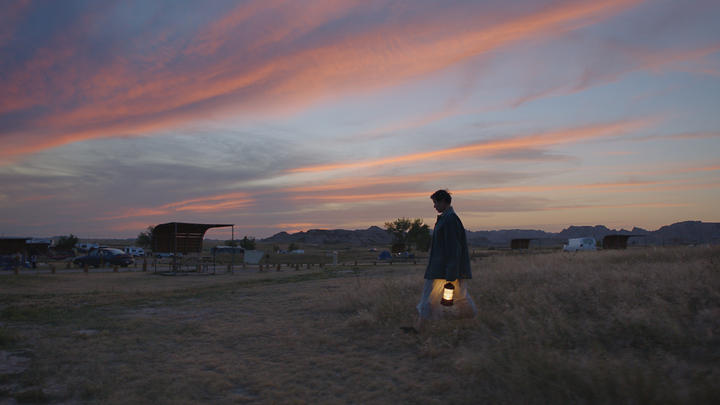 When we meet her, she’s helping boost the Christmas workforce at Amazon – this is a time when Amazon was seen as a saviour for unskilled workers and towns that had lost their industry. That logo plays a little differently nowadays. A co-worker encourages her to head south – where the temperature will be more inviting – and she can meet up with a growing community of older Americans who have embraced the mobile lifestyle and have chosen – if this isn’t too cheerful a phrase – to make lemonade out of the lemons the American economy has given them.

These people are almost all older. Their health is failing but they can’t afford insurance or to stop working. The film is based on a 2014 book by Jessica Bruder which itself started out as an article for Harper’s called “The End of Retirement” and which features several of the real-life characters that made it into Zhao’s movie.

That gives you an indication of the kind of miracle that Nomadland represents. Populated by people playing either versions of themselves or, in the case of David Strathairn’s Dave, people with the same name as themselves (Strathairn’s son Tay, a musician and songwriter, plays Dave’s son James, a musician and songwriter, you get the picture) and shot with the small crew living and travelling in similar converted vans and RVs as the characters, there is a conscious verisimilitude on display which embeds the audience in the experience too.

But it isn’t just semi-documentary fly-on-the-wall stuff. Much of it is incredibly beautiful to watch, especially the reverence for the epic American western landscape. At times it feels like Nomadland is a cross between Terrence Malick and Ken Loach. The jobs might be dead-end but the work needs to be done and the work and the workers are respected by Zhao and her filmmaking collaborators.

An underlying theme throughout is also the loss of loved ones, our own eventual departure from this plane, how we fill the remaining time with meaning and what we leave behind for others. You could call it 50 Shades of Grief.

Nomadland is in select theatres across New Zealand and is rated M for the most tasteful and appropriate nudity you’ve ever seen.