Dan Slevin rejoices at the arrival of a big screen drama for grown-ups – even if it isn’t actually playing on the big screen. 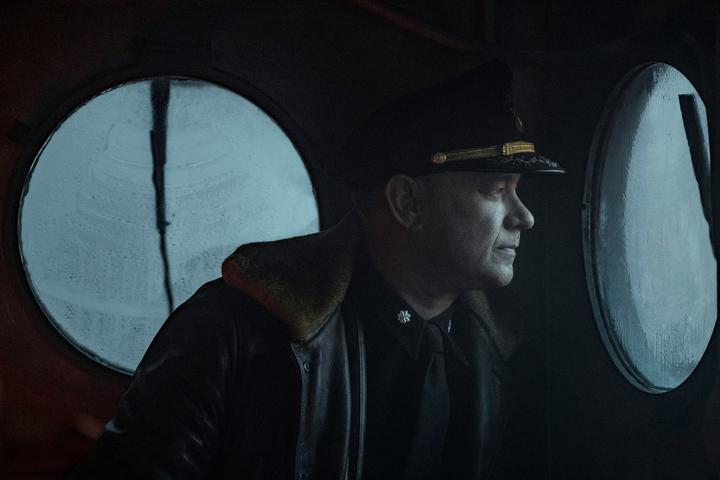 One of the things I have missed while the rest of the world’s cinemas remain closed due to the pandemic has been the middle-of-the-road-but-obviously-meant-for-the-big-screen movie with a decent budget, some star power, a thoughtful script and decent dramatic premise. Don’t get me wrong, I love the arthouse as much as the next person, but right now they are the only game in town. Hollywood is either still holding its summer slate back hoping that the tide will somehow turn, or flicking a few films over to the streamers in order to make back the bones of their investment.

Greyhound is one of the latter – a $50m WWII drama written by and starring Tom Hanks as Captain Krause, commanding his first convoy across the Atlantic. The most dangerous part of the exceptionally hair-raising journey was when the convoy was too far from the American coast to still have air cover and not quite close enough to Great Britain to be guarded by them. With wolfpacks of U-Boats hunting them down and the merchant ship component of the convoy by and large defenceless, this might well have been the most thankless task in a war that was full of them.

Hanks’ script is based on the 1955 novel The Good Shepherd by C.S. Forester who knew a thing or two about how to about write naval warfare and you can see why Hanks was attracted to it. More than just a war film, Greyhound is character study of a man who, despite being a career naval officer had limited experience in the field, who spends a lot of the film wondering whether he had, in fact, arrived at a point beyond the limits of his experience and talent, sustained by his faith when he might have been better off being sustained by the freshly cooked food he keeps forgetting to eat. 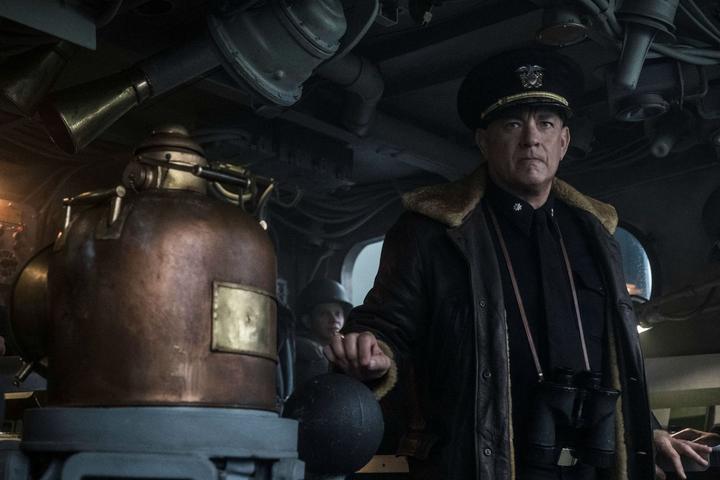 The fact that the source material comes from the mid-20th Century is illuminating as this is character you can imagine being played by a Humphrey Bogart or an older Gary Cooper. It’s a good counterpoint to the unconflicted superheroes we see representing masculinity so often on screen. Hanks knows what he can pull off these days and he’s tailored this perfectly to himself. There are a couple of lovely moments where the German U-Boat commander discovers their radio channel and starts shit-talking to Hanks’ great annoyance.

The action is pretty serviceable – although any kind of big action at all is welcome these days so it’s possible my enthusiasm is misplaced – and, while the interiors all look faithfully recreated, there some night scenes where the person who lit the live action and whoever produced the CGI backgrounds were not on the same page.

All in all, it’s a tonic to watch a feature film that wants to entertain you with drama and heroism and does it with professionalism and a bit of polish.

Greyhound is streaming on the Apple TV+ service which costs $8.99 a month or is free for a year if you purchase an eligible Apple device. The film is rated 13+ or PG-13 depending on which system you prefer.