An outstanding Pacific documentary in the New Zealand International Film Festival has caught the eye of Dan Slevin. 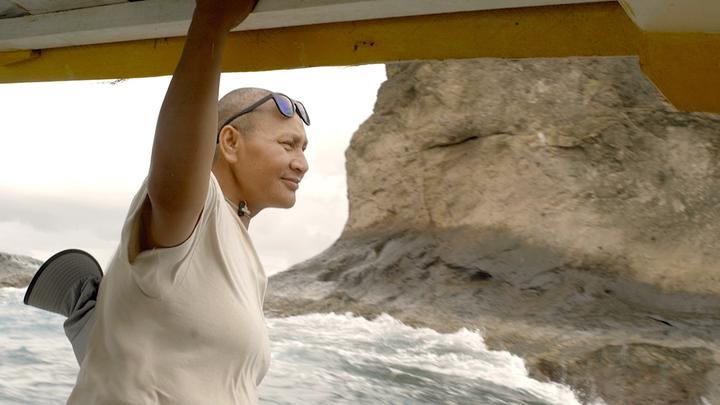 The New Zealand International Film Festival opens on … hold on, let me look it up … 24 July but for the first time in living memory my feelings can be summed up as ambivalent. Some of this is obviously down to the times we are living in.

My day job still feels like ‘crisis management’ even though many aspects of life have an illusion of normality. Cinemas won’t experience anything like ‘business as usual’ for years, if they ever will again, so my family simply aren’t going to the pictures as often as we used to.

And then there was the ten weeks running the lockdown version of At the Movies where pickings were scarce and by the end I felt like never watching another film again - burn out I think they call it.

But the rituals of the festival have also fallen away. The printed programme with the elegantly written notes, the signs outside each cinema with the red dots indicating sold out sessions, the lamppost banners reminding us that this is the best time of the year.

The festival, under the new management of director Marten Rabarts*, has understandably struggled to deal with an almost impossible situation but, if rumours about exhibitor unhappiness are correct, they shouldn’t be too surprised that not everyone in the industry wants to join them in this this brave new world of digital-hybrid programming.

And then there is the lack of visibility. An online programme seems to be only promoted online. DocEdge – who pivoted to a streaming festival early in the crisis – still managed to put up street level billboards but excitement and anticipation for an NZIFF lineup, that while thin in numbers is still solid in construction, remains insipid.

Luckily, I was approached by a representative of one of the local producers to look at some of the indigenous entries in the programme and I’m very glad they did. The first, LOIMATA The Sweetest Tears would be prominent in any festival lineup in any year.

Inspired by writer-director Anna Marbrook’s friendship with waka builder and captain Lilo Ema Siope, Loimata traverses a huge range of powerful themes, any one of which would have been worth a film of its own, but in Marbrook’s skilled hands each of those themes is directed back to the personal story where the emotional strength of the film lies. This is a film that expects you to connect the sociological dots – it’s more concerned with being true to its subject.

When we meet Siope she is dying of cancer and using her last physical and emotional resources to bring her family together so that they can deal with all the unreconciled trauma of nearly 60 years so that she – and they – can rest in peace. This is a tough journey for her, her ageing parents and her siblings but it is done with such sensitivity and care – not least on the part of the ever-present camera crew – that it cannot help but move you. 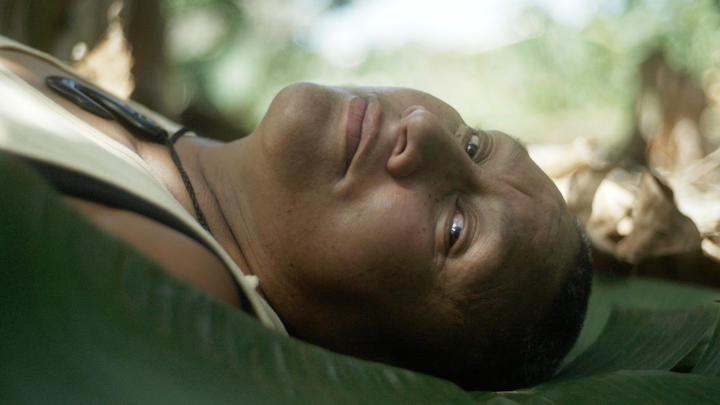 At the end of the film, as Siope lies in an Apia hospital bed, her father – probably saying goodbye for the final time – tells her that he will “do the things she has asked him to do”. As an audience, we don’t know the specifics and in this context the specifics are none of our business, it’s just important to see the results of the work that she has been doing to bring the family back together.

In one of many touching scenes, the family returns by tiny boat to the little Samoan island where their father grew up – his first return visit since he left for Taihape in 1960 – and for Siope’s sisters it is their first time. Watching these people come back to life – it appears – as they step on to the shore is enriching on a fundamental level. Siope’s elderly mother almost seems to throw her crutch away as if the waters of the lagoon have miraculous properties. Maybe they do?

I don’t want to give too much specificity away because much of the film’s power comes from the unexpected, but with Loimata we have a story that integrates so much of late 20th century and early 21st century New Zealand life – Pacific migration, Māori renaissance, how cultural norms can end up protecting abusers and preventing healing, the importance of land and knowing where your land is (even if you’ve never seen it). Wow, so rich and still so personal.

Having seen this film, I have to say I’m up for this festival now. Bring it. In whatever form it takes.

LOIMATA The Sweetest Tears has a world premiere as part of the New Zealand International Film Festival at ASB Theatre in Auckland on 25 July. Like the rest of the festival it is also playing as a video on demand title and there are several screenings scheduled at cinemas around the country. It’s rated M for sexual abuse themes.