Dan Slevin relished the time he spent with these two old geezers who are the subject of The Two Popes. 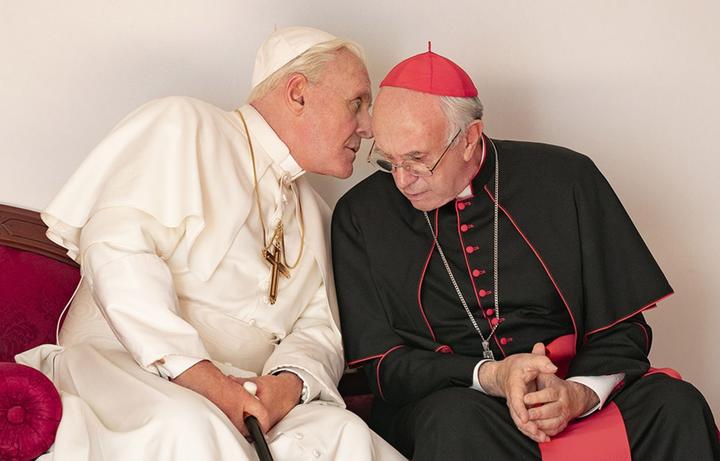 Anthony Hopkins and Jonathan Pryce in Fernando Meirelles’ The Two Popes which was scripted by Anthony McCarten. Photo: Netflix

In the closely contested race to be the hardest working Kiwi in Hollywood, there’s a case to be made for screenwriter, producer (and occasional director) Anthony McCarten.

While Taika Waititi is now on at least a one film a year schedule – with side ventures directing and producing in both prestige and popular television – McCarten’s great skill is perseverance. He knows a good idea when he has one and then keeps going until the rest of the world is ready for it.

His 1998 feature debut as a director, Via Satellite, originally saw the light of day as a play at Wellington’s Circa Theatre. His second feature, Show of Hands (2009) started out life as his own 2008 novel. He adapted his novel The English Harem for UK TV in 2005, and his excellent novel, Brilliance (2013) about the relationship between inventor Thomas Edison and financier J.P. Morgan started out life as an, as yet, unproduced play. 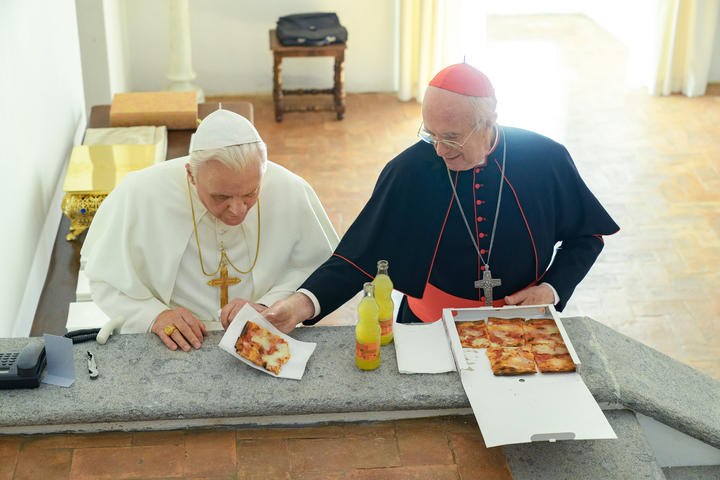 And so it goes with The Two Popes, originally a stage play (called The Pope), then a screenplay called The Two Popes which Netflix cleverly attached to Brazilian director Fernando Meirelles (The Constant Gardener). There’s a lesson here for any young writer – if at first you don’t succeed (or even if you do) try, try again.

McCarten’s script is about an imagined meeting between the ageing Pope Benedict (Anthony Hopkins) and the frustrated reformer, Cardinal Bergoglio of Argentina (Jonathan Pryce). Benedict is feeling his age and feeling something else too – or the lack of something. Bergoglio think he is visiting so he can resign but in fact he being sounded out as a possible replacement. Benedict is considering becoming the first pope to resign since Gregory XII in 1415. That’s not a huge amount of precedent for an institution that relies so much on tradition.

You can see why it would have made a terrific play – at least as long as it was cast as well as this film is. Two characters with much in common but also much that separates them. Conservative and reformer, European and Latin American, detached and worldly. But both desperate in their own way to do the right thing by the church and 1.2 billion Roman Catholics.

Films like this are so rare. Films that hinge on the goodness of characters rather than their desires. It doesn’t ignore their flaws – imagined though they may be in their detail – but it felt invigorating to spend time with these two old geezers. 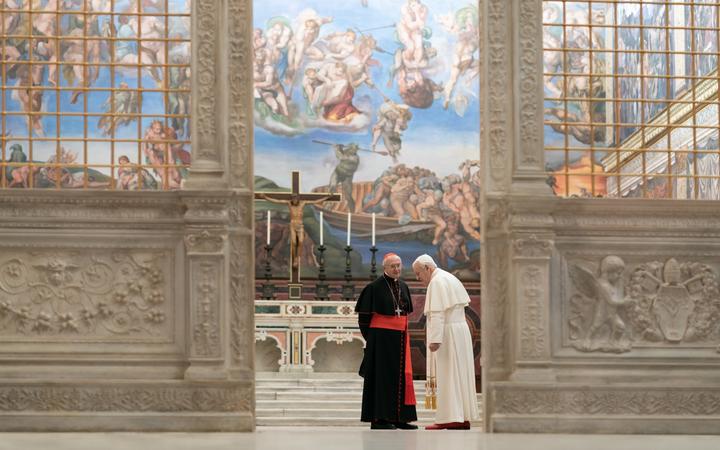 One final thought is that there must be a standing set of the Sistine Chapel at Rome’s Cinecittà Studio considering how much use they would get out of it. Long sections of The Two Popes take place there and the HBO series The Young Pope (now renamed The New Pope for season two) often feels like it was filmed in the actual Vatican even though that can’t be possible.

The Two Popes is streaming now on Netflix. It’s rated 13+ according to Netflix’s own measurement system and was rated M – violence and content that may disturb – when it screened briefly theatrically here late last year. And if you are in the mood for more fictional popes, may I recommend Nanni Moretti’s Habemus Papam (aka We Have a Pope) from 2011, about another unlikely candidate elevated to the job. Good luck finding it though.