If you’re looking for an excuse to upgrade your TV, Terminator: Dark Fate makes a compelling argument, reports Dan Slevin. 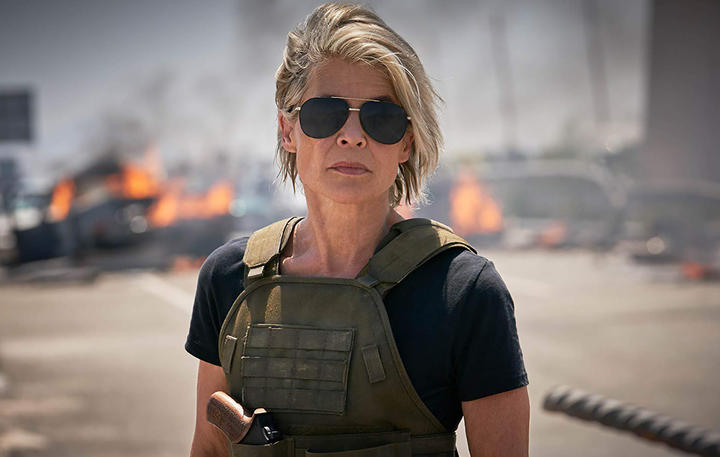 Boxing Day last I took myself off to the sales in search of a bargain. I’d started a new job recently and had decided to treat myself to a new TV. We’ll go through the endless research involved – years of it before I was finally ready to pull the trigger – in a later column but suffice to say that if you are in the market for a new TV this year you will be buying a UHD (aka 4K) one.

Plain old HD is plain old old hat. Now you’ve got to have four times the pixels and possibly even twice the size of screen. Since Boxing Day I have learnt a lot about this relatively new format, the content that’s available and some of the pitfalls that unsuspecting purchasers might fall in to.

But we’ll kick off with a success story – the UHD disc of the new Terminator film, Dark Fate, which was not universally beloved by reviewers when it was released back in October (although my colleague Simon Morris enjoyed it). 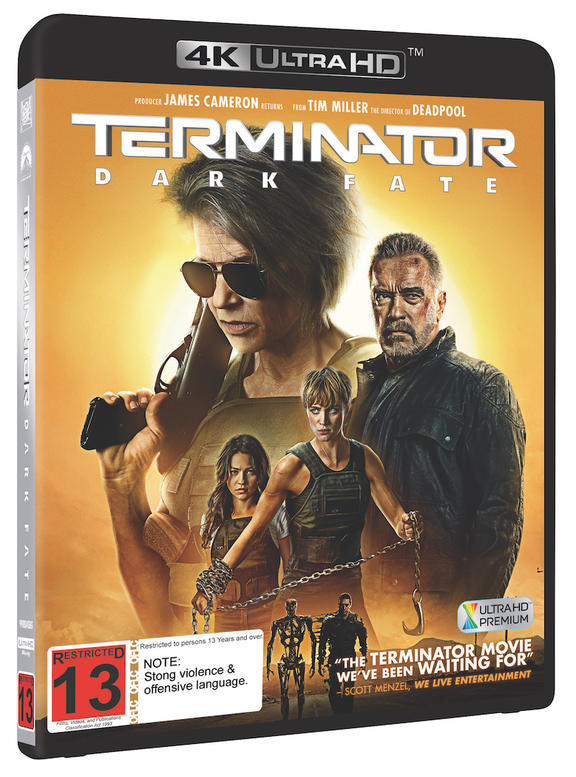 The new format discs look like Blu-rays but have a black plastic case, so you can tell them apart. Many releases also contain a Blu-ray version of the film that, I suppose, you can lend to your mates, but T:DF is all vanilla. It’s a copy of the film on a single disc with no extras. I suppose four times the number of pixels and all those extra soundtracks take up a lot of room. Photo: Universal Pictures NZ

We enjoyed the film a great deal. The story focuses on the women – like the best Terminator films did – and in this one we have the welcome return of Linda Hamilton as a tough-but-showing-her-age Sarah Connor. The film also features Mackenzie Davis (from the excellent Tully in 2018) as an enhanced human sent from the future to protect Natalia Reyes’ Dani from a late model Terminator who has been dispatched from the same future to make sure she doesn’t make it there.

Also especially pleasing is the fact that this film effectively wipes out the last three – increasingly stupid – Terminator films and is pretty much a direct sequel to the legendary Terminator 2: Judgement Day (from 1991). In this film, Sarah Connor was able to save the world from Skynet and the nuclear annihilation it was set on, but she wasn’t able to save her son John, taken from her by a leftover Terminator fulfilling its mission.

Understandably bitter about that turn of events – and the lack of credit she gets for saving the planet from a fate that it has no idea it had coming – she is a badass Terminator-stopper with no desire to get the band back together one more time.

Directed by Deadpool’s Tim Miller, with a story credit for original scribe James Cameron among others, the film is a fantastic showcase for the new technology. On a big, bright screen, the sweeping camera moves and seamless integration of CGI and live action actually reminded me why I loved those big blockbusters in the first place.

But Miller doesn’t neglect his actors, especially that old lug Schwarzenegger who is back one more time. Arnie is genuinely sweet and funny here but I won’t spoil it by telling you how. 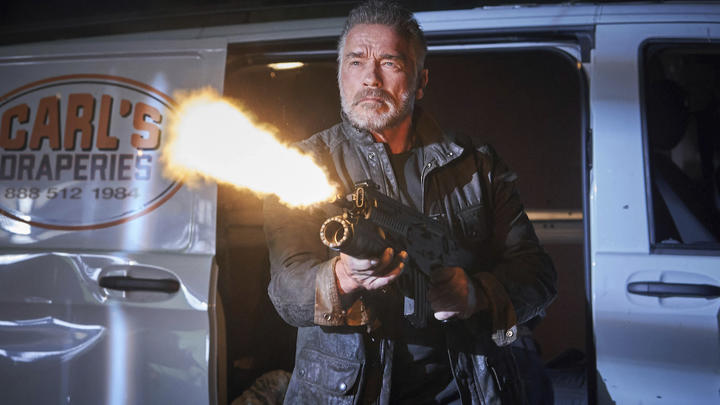 One of the aspects of UHD tech that is less often mentioned but arguably more important for most viewing conditions, is something called HDR – High Dynamic Range. This means that UHD content is mastered for 10-bit rather than 8-bit colour, offering what the mathematicians among you can work out as roughly 64 times as many colour variations as the old standard, as well as much more contrast.

Even newer variation on HDR – which most audiences don’t even know is available yet – is HDR10+ or the proprietary Dolby Vision which can tell your TV to adjust things like brightness and contrast in real-time depending on the image.

We’re going to go into this in more detail in a later column, but suffice to say I was disappointed to see that Terminator: Dark Fate was mastered for Dolby Vision in cinemas but not on this disc – plain old HDR here.

Many of these discs – especially if they are of newer films – will have Dolby Atmos soundtracks which present uncompressed audio with dozens of ‘virtual’ channels so that sounds can come at you from almost any direction – even above if you have the right gear. There are hardly any cinemas in NZ equipped with Atmos so the chances of your lounge room really taking advantage of all of that are probably slim. I know I can’t as I love my old sound system too much to risk replacing it with a new Atmos-equipped receiver.

But the soundtrack on T:DF is still pretty good even without the helicopters flying overhead. Good enough to demonstrate that I had a blown speaker on the front-right, necessitating some careful repairs.

Terminator: Dark Fate is available now on DVD ($20), Blu-ray ($25) and UHD ($39). There are no extras on the New Zealand release. It’s rated R13 for strong violence and offensive language.