In The Report, Adam Driver is dedicated to revealing the truth of America’s torturous behaviour during the War on Terror, says Dan Slevin. 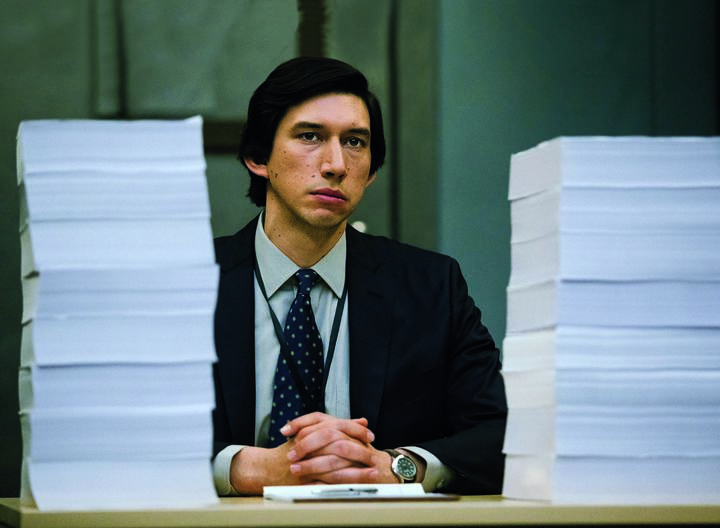 It’s Adam Driver month in cinemas an online. His duet with Scarlett Johansson, Noah Baumbach’s Marriage Story, premiered on Netflix this weekend and his final* turn as Kylo Ren in Star Wars: The Rise of Skywalker lands in cinemas next Thursday.

In between, a smaller but – in this reviewer’s opinion – no less important movie has arrived on Amazon Prime. The Report is in the genre that you might call ‘recent history explained’ – how the US government got itself into quite a pickle over ‘enhanced interrogations’ (aka torture) and how the story eventually found its way into the public domain.

Driver plays Dan Jones – yay for a hero named Dan! – a former intelligence analyst who now works as a staffer for Senator Dianne Feinstein (Annette Bening). It is the early days of the Obama presidency and Feinstein leads the Senate Intelligence Committee concerned with American conduct during the so-called War on Terror. 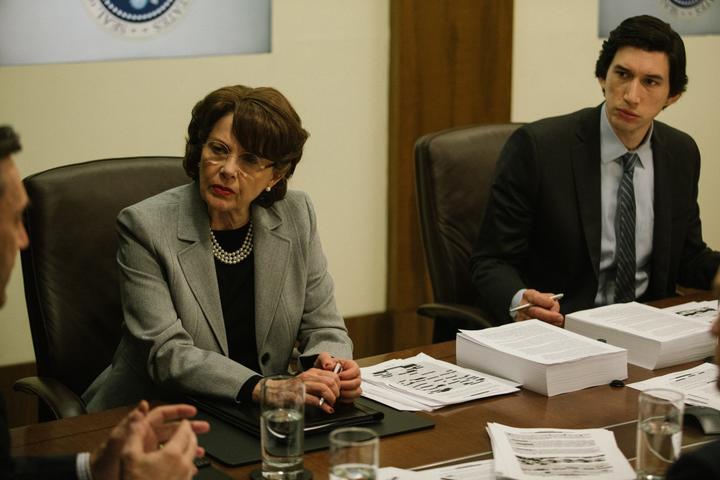 Annette Bening as Dianne Feinstein and Adam Driver as Dan Jones in The Report from Amazon Prime. Photo: Amazon

The politics of this investigation is tortuous in its own right. Funding and support is offered and then withdrawn and eventually Jones is left with a tiny team of dedicated investigators in a tiny room in the basement of CIA headquarters, reviewing over 6 million pieces of documentation. It’s a Sisyphean task, not helped by the fact that every new revelation leads to an increasingly depressive conclusion – after 9/11 America basically lost its collective mind.

The Report is written and directed by Scott Z. Burns – a screenwriter primarily and regular collaborator with Steven Soderbergh who is a producer here – and it manages to avoid the stylistic excesses of films like Adam McKay’s Vice and The Big Short which also attempted to explain complex recent history in cinematic form. 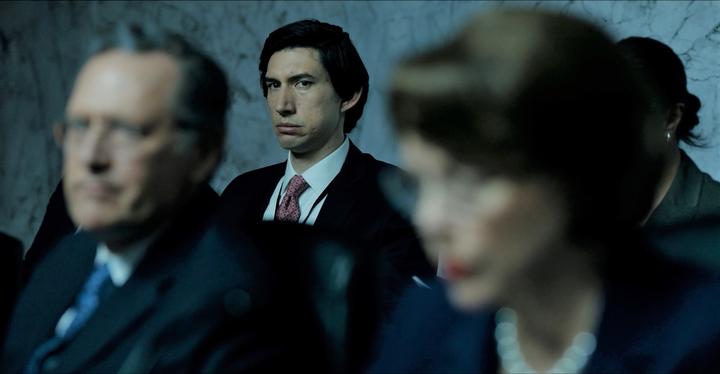 Burns is supported by Driver’s idealistic everyman and a raft of high-profile supporting performers. You’ll be familiar with most of these faces even if it takes you the extent of the few scenes in which they appear before you recognise them: Michael C. Hall, Corey Stoll, Maura Tierney, Jon Hamm and Douglas Hodge.

I’m pretty sure it’s impossible not to be outraged by the story told in The Report – and everyone who thinks that they won’t be should test themselves by checking it out – and it’s a terrific example of a moderately budgeted intelligent film for grown-up audiences that are hard to find in cinemas these days.

The Report is streaming now for Amazon Prime Video subscribers.

*Final? Who knows, this is Disney, after all.