The Brink shows the chicanery that goes on behind the scenes in the campaign to destabilise democracy for the benefit of the already powerful, says Dan Slevin. 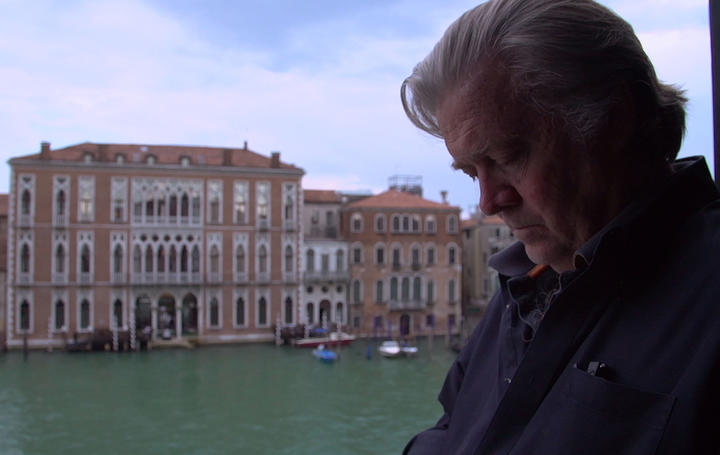 Steve Bannon plots the overthrow of the global elite from his five-star hotel suite in Venice in The Brink. Photo: DocPlay

Steve Bannon became famous as the campaign manager who won the 2016 election for Donald Trump – against everyone’s expectations not least his client but, evidently, not his own. After an attempt at becoming the power behind the throne as Trump’s chief political strategist inside the White House, Bannon was fired and turned his attention to creating a global right wing populist movement using the Trumpist playbook of exaggeration and untruth combined with fear-mongering and bigotry.

In Alison Klayman’s documentary The Brink, Bannon would have you believe that this was the plan all along. But that’s how he’s always worked – stress your commitment to whatever appears to be happening and then analyse events retrospectively to stress your own support for (and involvement in) those events. This is the behaviour of a con artist rather than a strategist and the regular twinkle we see when he makes eye contact with the camera tells me that he knows exactly what he’s doing.

The Brink follows Bannon closely for the 18 or so months from his supposedly humiliating firing by Trump – in a later tweet the president called Bannon “Sloppy Steve” – as he travels the world in private jets and first class accommodations meeting far right politicians and advocating that the work together to overthrow their own establishment parties. The irony of a global approach to anti-globalism is one of the subtexts of Klayman’s excellent and sometimes unnerving film. 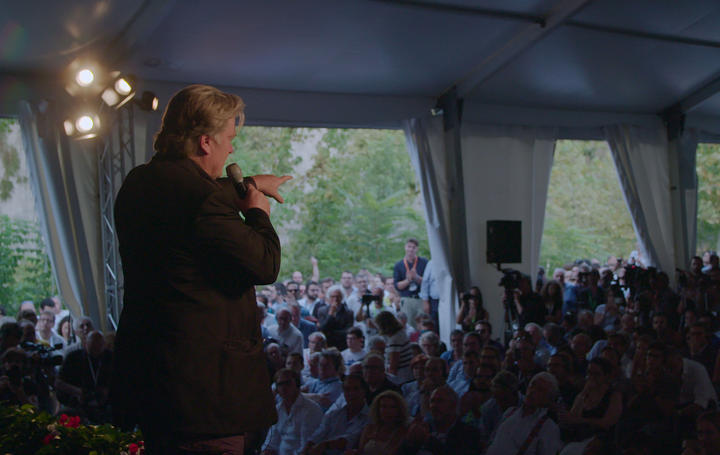 Another subtext is the use of billionaire supporters to fund political campaigns that purport to tell the “forgotten” working class that they can overthrow “elites” if they just take to the streets in anti-immigration protests.

Klayman – for the most part shooting her own video and recording her own sound – has excellent access to Bannon although it would appear that his ego is unable to resist a portrayal as the intellectual steward of modern right wing politics – a Trotsky for the modern age – and at the very least films like this must be good for business. 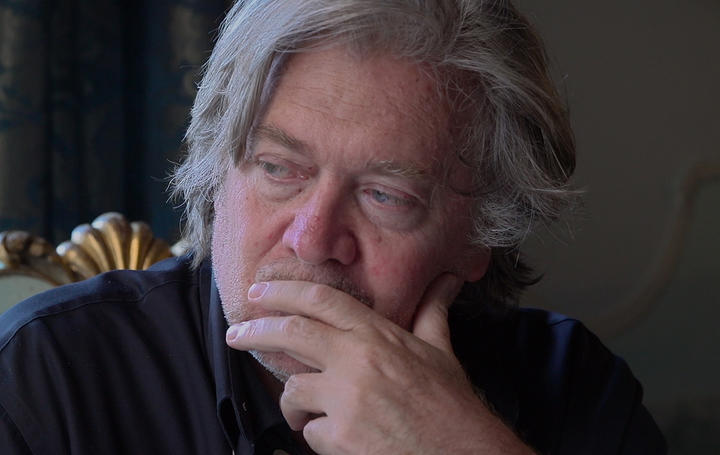 The Brink demonstrates that Bannon’s ability to actually organise any of these movements is severely lacking – all his efforts to galvanise support for Trumpian candidates in the 2018 mid-terms come to nothing – but that his continued high level access to the people who actually can do some organising makes him a continuing influential figure in world politics.

Reports this weekend that he is in regular, shadowy, contact with British Prime Minister Boris Johnson and Johnson’s public adherence to a bombastic, simplistic and – frankly – reality-averse set of positions on Brexit imply that Bannon’s advice continues to be heard.

The Brink is streaming on DocPlay now and is rated M (Suitable for (but not restricted to) mature audiences 16 years and up) according to their own guidance. I want to apologise for how many pictures of Bannon there are in this review. There should probably be some kind of content warning before you click.