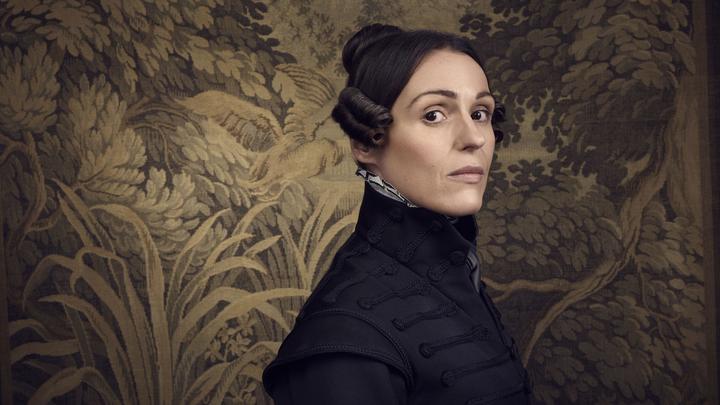 It’s been a while since I’ve enjoyed a costume drama as much as Gentleman Jack, a BBC-HBO co-production that recently played on SoHo and has now landed at Neon.

Set in 1830s Yorkshire, it is based on the life and diaries of Anne Lister (Suranne Jones), a landowner and businesswoman of the time, and one of the most unconventional Victorians you’ll ever come across.

At the opening of the story, she is returning to Halifax after what we will discover is a yet another failed romance. While the women in her life fall as heavily for her as she does for them, they don’t have the same convictions about living outside the rules of polite society. So, they usually find a man they don’t love to marry, thinking they can continue their liaisons with Anne outside their main life. 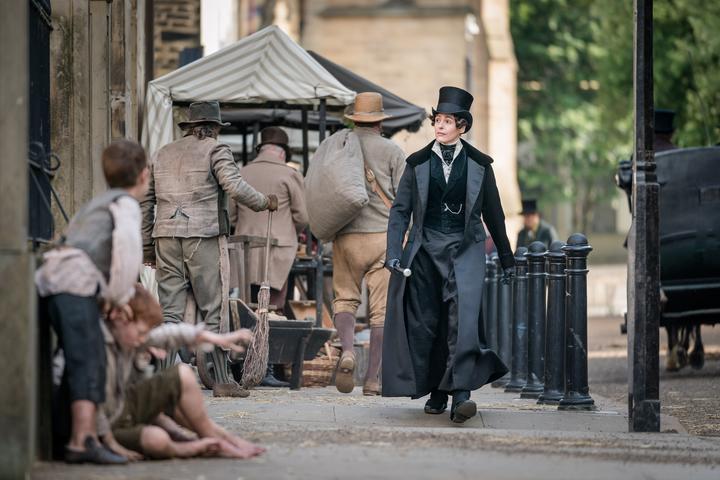 This is intolerable for Anne. She is a romantic and – as it turns out – committed to doing the ‘right’ thing in all ways apart from her sexuality. In Yorkshire, while she is making urgent preparations to return to mainland Europe, where people are more sophisticated about these things, she is detained by two new wrinkles in the plot.

Firstly, she falls for rich and lonely ‘spinster’ Ann Walker (Sophie Rundle), whose nerves often appear to get the better of her and therefore has become a bit of a soft touch for relations taking advantage. And secondly, she discovers that local businessman and magistrate Christopher Rawson (Vincent Franklin) has been stealing the coal that lies beneath the Lister’s land and that what’s left is becoming increasingly valuable because the industrial revolution is going like a train.

In constant motion, Anne takes charge and attempts through force of will (and strength of personality) to bend circumstances to her desires, not always successfully it must be said. 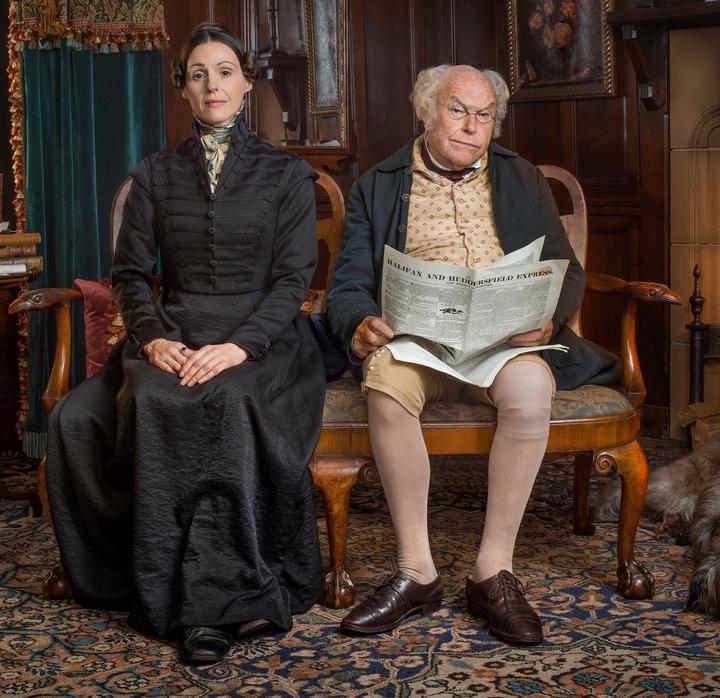 Adapted (and partially directed) by Sally Wainwright (Last Tango in Halifax), Gentleman Jack is about a woman who wouldn’t take no for an answer and the love and disappointment that brings her along the way. Jones, as Lister, has the most striking profile, a nasal construction that cinematographers must take great pleasure in lighting – in fact the whole cast are extremely watchable.

While, the core group are reliable British TV work horses like Jones (Doctor Foster) the supporting cast is made up of gloriously well-used veterans: Timothy West as Anne’s Uncle Jeremy, Gemma Jones as her Aunt, Peter Davison, Stephanie Cole and Sylvia Syms all appear to delightful effect.

I also enjoyed the (downplayed) social commentary. While it is never mentioned outright, you can tell that for Miss Lister’s tenants and mine workers sapphic divergences would be considered something of a luxury. Lister considered herself to be a paternal figure in the district, looking after her tenants but never once considering that the natural order of things might one day look different. She was also a terrible snob.

I thought that season one of Gentleman Jack ended beautifully and romantically but evidently there is more story to come and season two has been commissioned. In the meantime, I commend it to you. It’s very different to almost all the other ‘prestige’ television on offer at the moment.

Season one of Gentleman Jack is streaming on Neon.

Nine to Noon's interview with Helena Whitbread who first found out about the existence of Anne Lister.