Serenity has a reputation as cinema’s biggest disaster of 2019. Dan Slevin investigates. 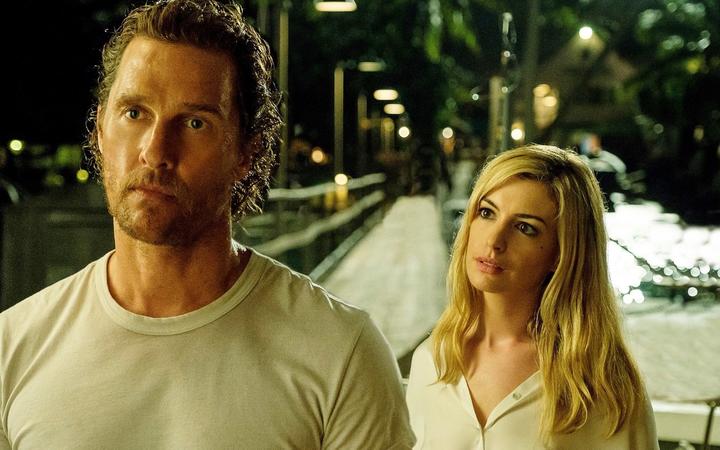 Matthew McConaughey and Anne Hathaway (together for the first time since Interstellar) in Steven Knight’s Serenity. Photo: Madman

Steven Knight’s film Locke, which featured Tom Hardy alone in a car on a drive away from a giant project and towards a new child who is about to be born, is a work of genius, one of those perfectly realised brilliant ideas. So, when I saw his name on Serenity, a new thriller starring Matthew McConaughey and Anne Hathaway, I was instantly intrigued.

Then I saw some of the reviews which, not to put too fine a point on it, have labelled it the biggest failure of the decade and a source of much unintended mirth. A 20 percent rating on the Rotten Tomatoes aggregator equates to a single star. How could things have gone so wrong? I became even more determined to find out. 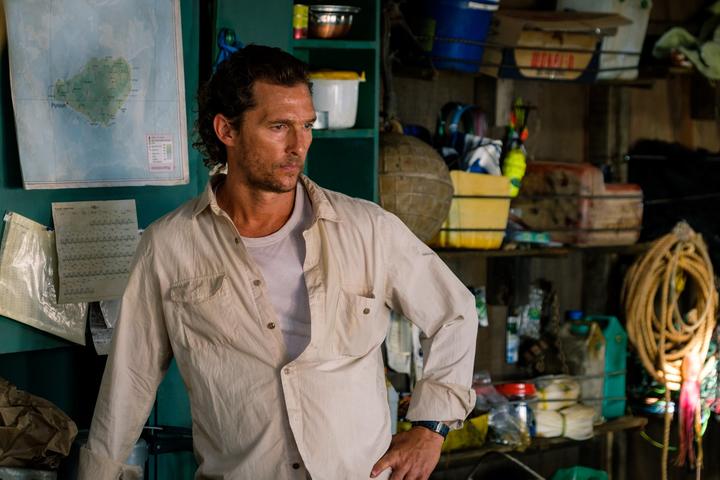 Knight is a screenwriter first and foremost (although his side gig as the co-creator of Who Wants to Be a Millionaire? is presumably a nice little earner) which means the idea comes first. One of the problems with talking about Serenity is that Knight’s big idea comes as a twist and nobody likes to have these things spoiled for them. So, you are left to work with the basic premise: a washed-up fishing guide, possibly on the run from a shady past, certainly suffering from Iraq War PTSD, is offered $10 million by his ex-wife to take her abusive new husband fishing and throw him over the side so the sharks can get him.

He’s not sure he wants any involvement in these murderous shenanigans but when he discovers that his son has witnessed the abuse and has personally asked for his help, he finds himself being dragged deeper into the mess.

An added weird little complication is Jeremy Strong from Succession as a nerdy fishing tackle salesman who is trying to deliver McConaughey’s character an important message. 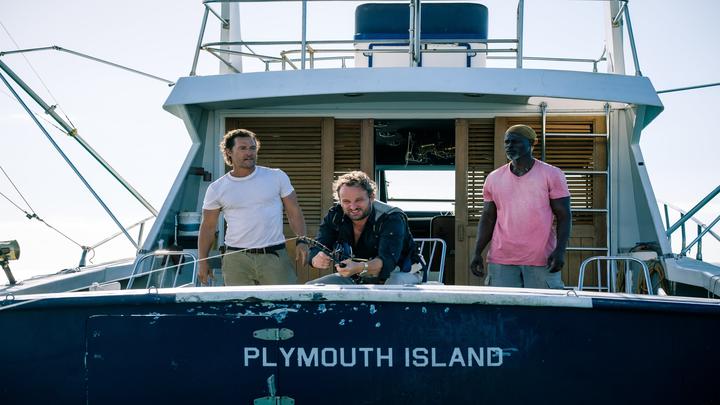 McConaughey, Jason Clarke as the doomed husband and First Mate Djimon Hounsou on board the Serenity - it’s the name of his boat, see? Photo: Madman

For the whole first half of the picture, you can tell that something is off about all this but you can’t tell exactly what. It’s a kind of boilerplate ‘romance and adventure in exotic places’ story – the film was shot in Mauritius – but the tone and the relationships don’t work. 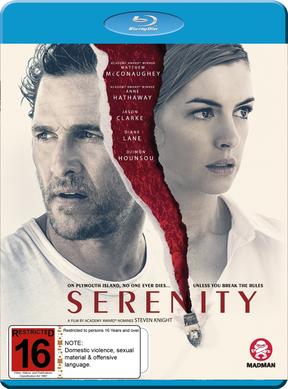 When the twist comes, we finally understand why these things have felt so off, but Knight hasn’t been skilled enough as a director to lay down enough clues and it’s just felt like we’ve been watching an accidentally bad film rather than a deliberately bad one. Think about how successfully Scorsese weaved the mystery in Shutter Island so that the revelation felt inevitable rather than a cheap rug-pull. That’s why he’s Scorsese, of course, and Knight isn’t.

Also, Knight the writer doesn’t tie up his loose ends well enough. As an audience, we get it but it isn’t very satisfying.

Some of the curious choices aren’t related to the story, either. Like why, for example, does McConaughey’s character have to take so many naked swims? OK, he’s in good shape for 49 but we get that point pretty early on.

I don’t believe that Serenity is the disaster that the US critics have made it out to be but unfortunately the stench will precede it wherever it goes from now on.