Still the right thing: Do the Right Thing at 30

Thirty years on, Spike Lee’s Do the Right Thing is as urgent as ever, says Dan Slevin. 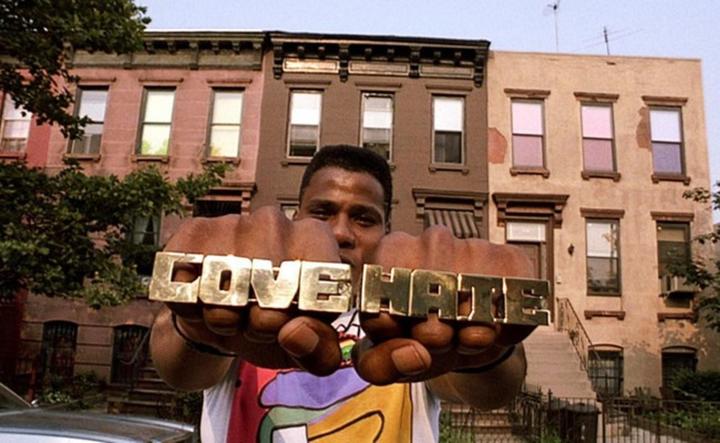 Over in the UK, they may not have a coherent political future but they do know how to celebrate classic movies. For the 30th anniversary of Spike Lee’s incendiary classic Do the Right Thing, the film is getting a big screen cinema re-release in a new 4K restoration approved by Spike and his cinematographer Ernest Dickerson. Oh, how I wish I could be there (or it could be here).

The restoration is in advance of a new home video release produced by the great Criterion people. Not having access to that just yet, I had to make do with the 10-year-old Universal Blu-ray which to my eye looked and sounded perfectly fine.

It’s the hottest day of the year and the hydrants of Bedford-Stuyvesant are being tapped so the water can cool people down. It’s not really working. Lee himself plays Mookie, delivering pizza for Sal (Danny Aiello) and his kids (John Turturro & Richard Edson). While Sal feeds the neighbourhood, the neighbourhood – at least some of the neighbourhood – feels that Sal could show the neighbourhood some respect by putting at least one African-American celebrity on his “wall of fame” which is currently populated exclusively by Italian-Americans. 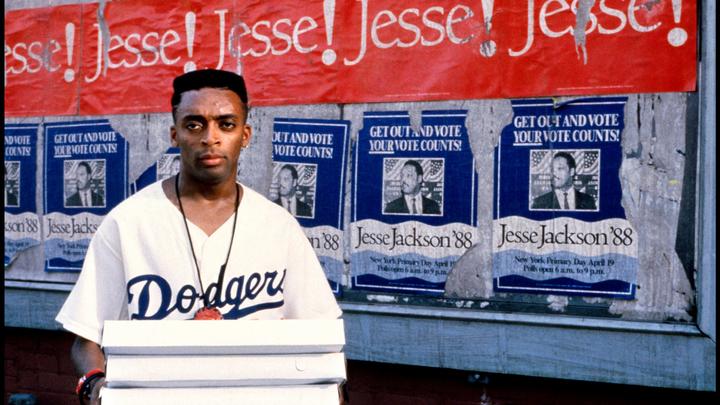 Spike Lee as Mookie in Do the Right Thing. Photo: Universal

As the day goes on, the tension grows despite the attempts by local radio personality Señor Love Daddy (Samuel L Jackson) to keep things light. (I always loved this character and have dreamed ever since of broadcasting from my front room while watching over the community.) As night falls, tragedy strikes and the neighbourhood explodes – it’s clear that nothing will be the same afterwards. 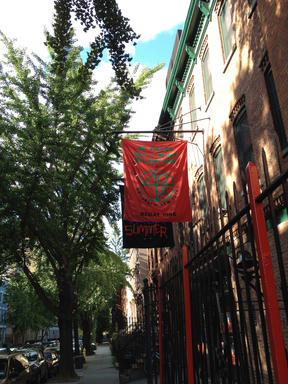 In 2012, the author made a pilgrimage to Brooklyn and found the offices of Spike Lee’s company, 40 Acres and A Mule Filmworks. Photo: Dan Slevin

I’ve kept most of the details fuzzy because – as a 30-year-old film – many of you won’t have seen it and you should. It’s one of the greatest achievements of 20th century cinema and it confirmed Lee’s promise as a writer and director to be reckoned with. Some of his recent work has been a little slapdash in terms of craft (although just as searing in intent) but Do the Right Thing still contains its outrage in an expert construction.

Lee’s rich characterisations offer huge opportunities to his actors and nobody lets him down. The veterans Ossie Davis and Ruby Dee represent the memories of the neighbourhood, reliable and unreliable. Paul Benjamin, Robin Harris and Frankie Faison as the three sidewalk loafers talking about climate change (“it’s going to melt the polar icecaps and the whole wide world”). The radicalised youth – Giancarlo Esposito and Bill Nunn. Electric Rosie Perez in her first screen performance as Mookie’s girl Tina.

And don’t get me started on Lee commissioning “Fight the Power” from Public Enemy. He could be a legend for that alone. Do the Right Thing was the film that Barack and Michelle Obama saw on their first date. Watching it today, you could swear that the last 30 years saw no progress at all. It is as urgent as it ever was.

Do the Right Thing is out of print on DVD and Blu-ray in NZ (perhaps because there is a new edition coming) but you can rent or buy the HD digital edition from Apple or Google online, rent the Universal Blu-ray from Alice in Videoland (which is what I did), the DVD from Arovideo or you can buy the original Criterion DVD from a guy on TradeMe for $99.