Stuber is an uncomplicated but funny homage to the great buddy cop movies of the 80s, says Dan Slevin. (Updated) 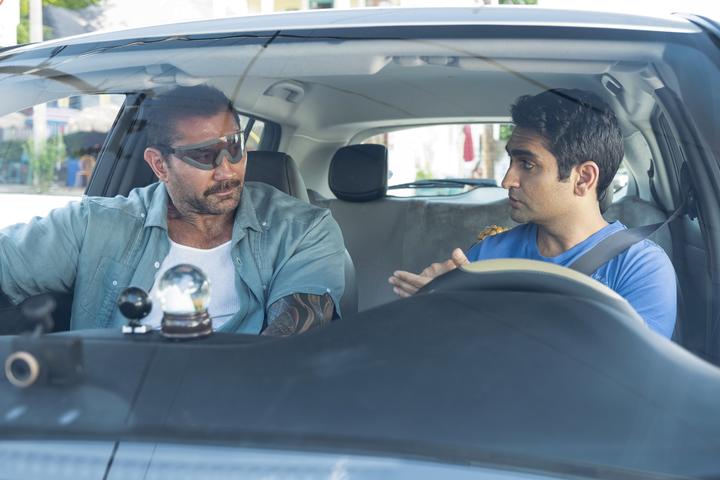 If there’s one constant in the film reviewing world, it’s the backlash against the rehash – the resistance to the film industry’s tendency to remake, remodel, franchise, sequelise, or downright steal, to keep the pipeline full of familiar looking products.

Of course, no one will ever argue against creativity, ingenuity and originality, but I would venture that even artistically there is a case to be made for great execution of solid tropes. Critics like to be entertained too.

Stuber is a case in point. The mismatched crime-fighting couple has been around for decades, reaching a pinnacle in the late 80s with films like Lethal Weapon, 48 Hours and Beverly Hills Cop. These films stand or fall on the charm of their leads and in Stuber we have two very watchable ones.

Dave Bautista is another in the long line of professional wrestlers turned movie stars (most famously as the humorously literal Drax in the Guardians of the Galaxy) and Kumail Nanjani, deadpan stand-up and the breakout star of the film of his own life, The Big Sick. (Nanjani incidentally is also about to enter the Marvel universe alongside Angelina Jolie, Richard Madden and Salma Hayek in the forthcoming Eternals but I digress.) 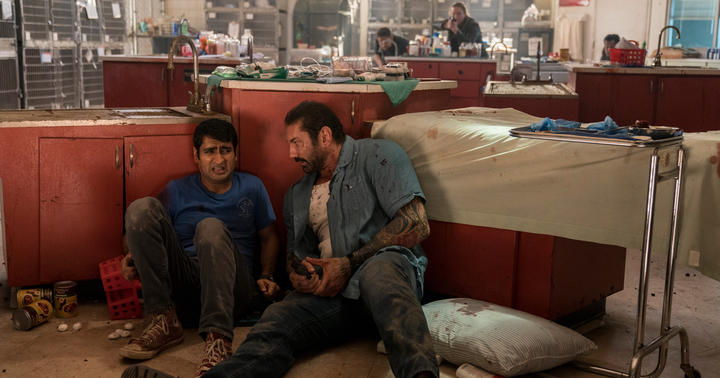 Another common trope in the buddy cope genre is the visit to the vet so bullets can be removed without alerting the authorities. Photo: 2019 Twentieth Century Fox Film Corporation. All Rights Reserved

Bautista is damaged cop Vic Manning. He’s damaged in lots of ways – grief over the loss of his partner (Karen Gillan) in a shootout and the temporary loss of his eyesight in Lasik surgery. Told not to drive for 24 hours, he has to improvise when he gets a tip that the killer of his partner is back and a big drug deal is about to go down.

Stu (Nanjani) is a mild-mannered sporting goods salesman and part-time Uber driver, saving to invest in his girlfriend’s new ladies only gym. He’s a good guy and deserves all those five-star ratings that riders fail to give him. Soon, Stu, Vic and a leased Prius (Correction: It’s a Leaf) are stumbling around Los Angeles looking for the ruthless killer and the bent cop who are the key to unravelling the mystery.

These movies all have to be set in Los Angeles (except, I suppose, when they are in Miami) and the tour through recognisable buddy cop clichés like the snooty art exhibition are a pleasure not a chore. And when we discover that the final shoot-out is located in a Sriracha hot sauce factory, the frisson of expectation is palpable. 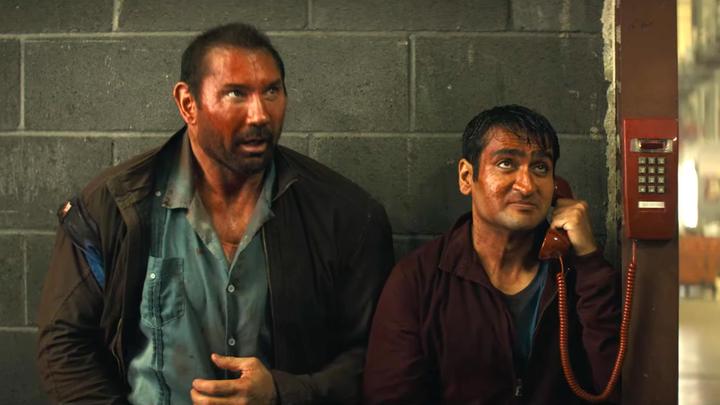 The gags-per-minute ratio is great, it doesn’t pretend that it isn’t a film for grown-ups and it – again true to form – reveals a sentimental core that the two leads exploit ruthlessly. I enjoyed myself a great deal.

Stuber is playing theatrically in New Zealand cinemas now and ought to have a decent life on home video, too.