Review: The Secret Life of Pets 2

The best bits of The Secret life of Pets 2 would work just fine as shareable clips online, says Dan Slevin. 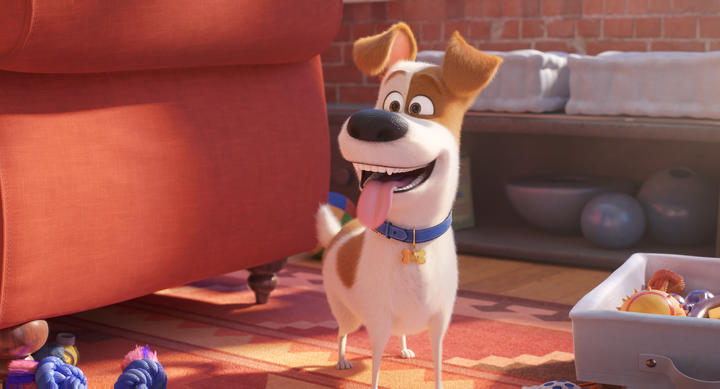 My first thought was that making fun of household pets was as easy as shooting fish in a barrel, but then I realised that in The Secret Life of Pets universe there are no fish. Metaphor oversight alert!

But this collection of affectionate gags about our furry friends, wrapped in three parallel stories, really is easy pickings. Jokes about visits to the vet, jokes about litter trays, jokes about how much fun it is to ride in cars – we haven’t moved on terribly far from the first Secret Life of Pets in 2016, a film which confirmed Illumination as a long-term contender in the crowded family animation market.

Created by Chris Meledandri in 2007, Illumination is best known for the least challenging storytelling in the business. Despicable Me (x 3), the Minions spinoff, Sing and The Secret Life of Pets are pitched at a younger age group than most and make few concessions to the adults watching. 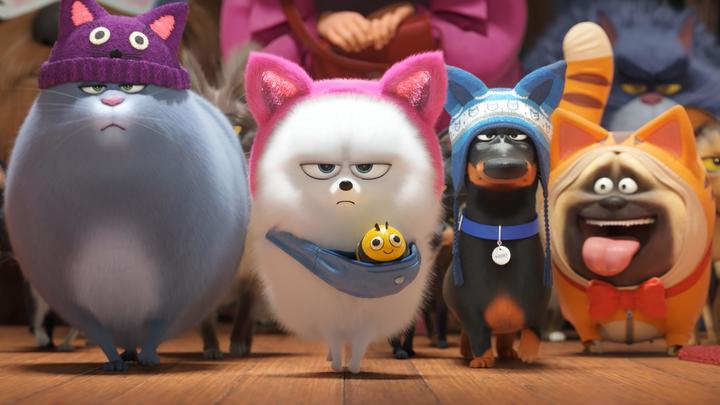 Max, the Jack Russell voiced by Patton Oswalt replacing the disgraced Louis C.K., and Duke, the Newfoundland with the voice of Eric Stonestreet, are living the good life in Manhattan until their owner Katie falls in love and in short order becomes a parent. Of an actual baby. At first, they are hacked off at this noisy interloper until they are won over and become as affectionate and protective as any human parent.

Possibly more so, as Max’s nerves take a shredding and the vet prescribes one of those unflattering plastic cones to prevent him scratching. How humiliating. On a vacation to Katie’s father-in-law’s farm, Max and Duke meet a sheepdog named Rooster who teaches them a thing or two about how to live in a world without anxiety. 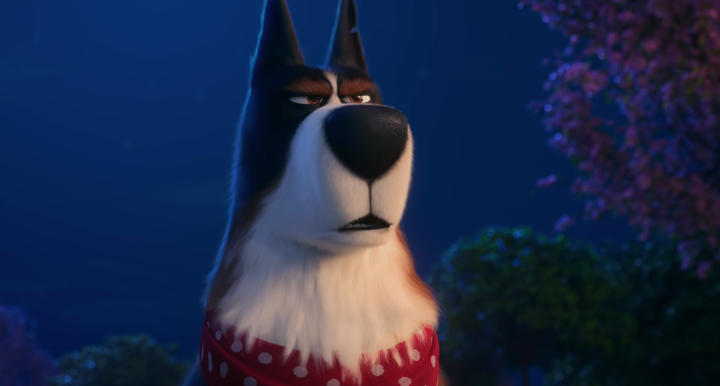 Meanwhile, Gidget (Max’s Pomeranian girlfriend played by Jenny Slate) has lost Max’s favourite toy and has to disguise herself as a cat to retrieve it from the old cat lady’s apartment downstairs. Finally, the third strand has incessant yapping rabbit Snowball (who could only played by Kevin Hart) has delusions of superhero grandeur and attempts to rescue an unhappy white tiger named Hu (non-speaking role) from a travelling circus.

Got all that? Doesn’t matter, plots aren’t really the point here. There are just lots of set pieces in a row, of diminishing entertainment value, ending up with a chase on a moving circus train (which Paddington 2 did better and with less reliance on cartoon violence).

The best thing in it for grown-ups is the brief cameo by Harrison Ford as the taciturn old sheepdog Rooster, playing up his late career irascible stock character in an animated picture for the first time. The gags at the expense of pets (cats, mostly) are fine and would work as shareable online content without all that distracting story.

The Secret Life of Pets 2 is rated G (as you would expect) and with any luck will still be playing in multiplexes when the next school holidays roll around.