Fans of French cinema – and France itself – should seek out The Ideal Palace, reports Dan Slevin. 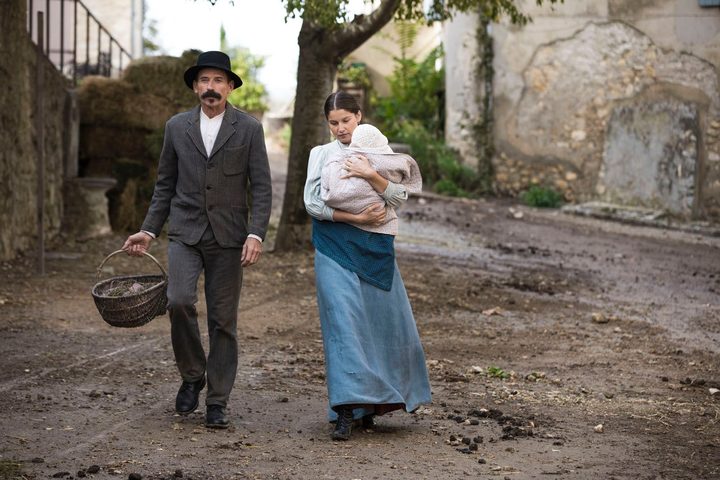 Films don’t get much more French than The Ideal Palace (aka L’incroyable histoire du facteur Cheval) and I mean that with the utmost affection.

It’s a true story about a 19th century country postman who discovers love and fatherhood late in life and decides to dedicate his spare time to building a ‘palace’ for his daughter. Completely untrained, and with only exotic postcards for inspiration and local materials to work with, decades later he completes one of France’s most important examples of naïve architecture. 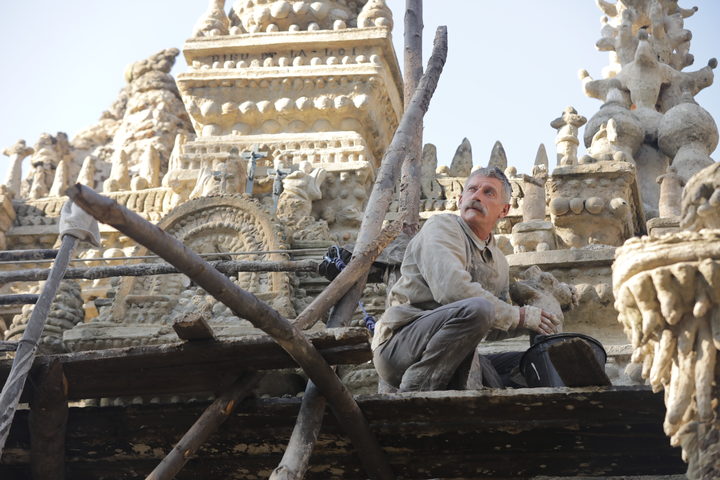 Determined and implacable, Cheval is a remarkable character, especially as portrayed by Jacques Gamblin (who would be a familiar face from dozens of French movies if he wasn’t mostly hidden by one of those huge moustaches that men were so fond of and an excellent false nose). Cheval’s love for his long-suffering wife, played by Laetitia Casta, is reciprocated despite his inability – perhaps due to neurological impairment of some sort – to communicate it.

Beautifully photographed (cinematography is by Vincent Gallot), the Drôme department of Southeastern France looks just divine, and the direction by Nils Tavernier (son of the great Bertrand Tavernier) is suitably relaxed.

The Ideal Palace played earlier this year in the French Film Festival and my fondness for it has only grown since then.

The Ideal Palace is rated PG for some tasteful nudity and is playing limited sessions at your favourite local arthouse cinema. Graeme Tuckett reviewed the film for Afternoons with Jesse Mulligan on Friday 21 June.