Review: I Am Mother

I Am Mother from Netflix is a high concept science fiction film where the execution doesn’t quite live up to its grand ideas, says Dan Slevin. 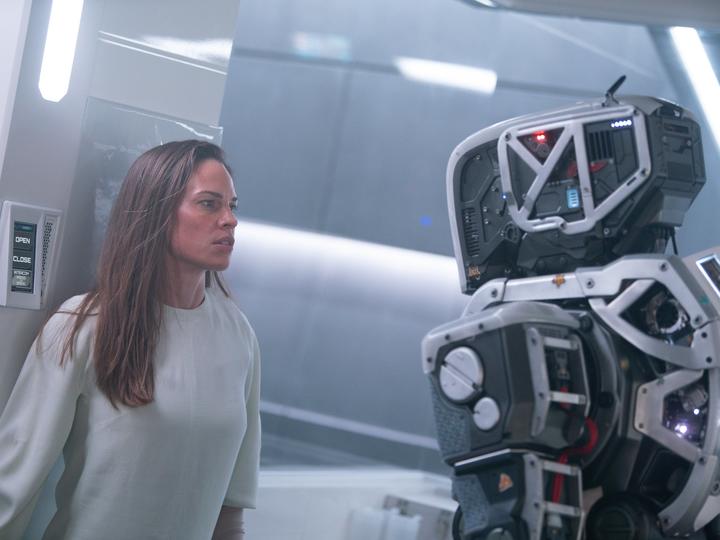 Hilary Swank as the survivor woman in Grant Sputore’s I Am Mother. Photo: Netflix

There’s been a lot of discussion among online cinephiles and film writers about the growing curse of complaints about “logical flaw”, “plot hole” and “that could never happen”-type complaints that have started flying around. They come mostly from millennial and younger male film fans who are often using them to justify their negative feelings about female characters (in Star Wars mainly).

These voices are getting louder and in some cases are forcing filmmakers to answer them and justify, say, why Rey isn’t a “Mary Sue” or why Leia can breathe in outer space when she isn’t a trained Jedi. Blah, blah, blah.

Arguing that there is something illogical or implausible in films that feature people with magic powers (or have the ability to fly) betrays a lack of critical thinking, a discomfort with moral nuance or transformation, and a desire for literal consistency that aligns with a worldview that privileges absolutes. 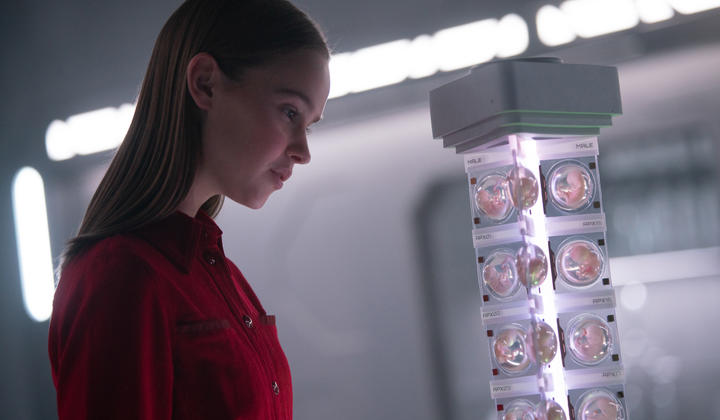 Clara Rugaard as Daughter, surveys her siblings in I Am Mother. Photo: Netflix

Luckily, I have never fallen into that trap. Except once*. And now twice. And I’d like to think that my inability to buy the premise of the new Netflix high concept science fiction drama I Am Mother is not because I have an ideological predisposition against it but because even in the most fantastical situations, writers and directors still have to demonstrate the skills to make me believe it. Old fashioned virtues of character, plot and world-building still matter.

Set in an unspecified post-apocalyptic future Earth, a robot (named “Mother”) is raising a teenage girl (named “Daughter”) who may be the only human being left alive (played by Clara Ruugard). Mother is attempting, in a suitably maternal way, to provide a values-based education to Daughter, even though in a world without people those values become kind of abstract.

Daughter is human, though, and therefore curious about the world outside. On a trip to the airlock, she hears cries from a woman outside (Hilary Swank) and lets her in, despite Mother’s fears of contamination. The woman is injured and says there are others. A battle of wills, influence (and then firearms) takes place over the future of Daughter and the purpose of Mother.

I’m not going to give too much away here, as many people have been watching and enjoying this, but I was not one of them, mainly because I just couldn’t quite get behind the concept. 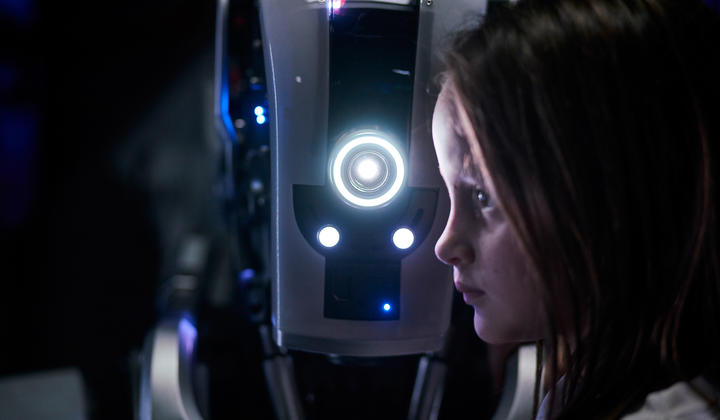 Tahlia Sturzaker as the young Daughter in I Am Mother. Photo: Netflix

First-time director Grant Sputtore has a good eye for an image but is less confident when stringing those images together to make a story. The role of Mother is voiced by Rose Byrne and physically performed by Wellingtonian Luke Hawker who also designed the suit under the auspices of Weta Workshop. He’s very effective but early on I found myself thinking that mother’s head looked like one of those illuminated sub-woofers you get with cheap stereo systems and once that thought lodged in my brain, I couldn’t get it out.

Young Australian filmmakers are making some cool genre pictures at the moment: the Spierig Brothers with Daybreakers (Vampires) and Predestination (time travel); Ben Howling and Yolande Ramke’s Cargo (zombies) and probably most notably Jennifer Kent’s The Babadook and the forthcoming The Nightingale.

Sputtore has identified the high concept he needs with I Am Mother, he just hasn’t delivered the high execution.

I Am Mother is rated 13+ and the Netflix website describes it as “ominous” and “suspenseful”.

*The other film that everyone loved but that I couldn’t believe for second was Duncan Jones’ Moon. My review for Funerals & Snakes is here.