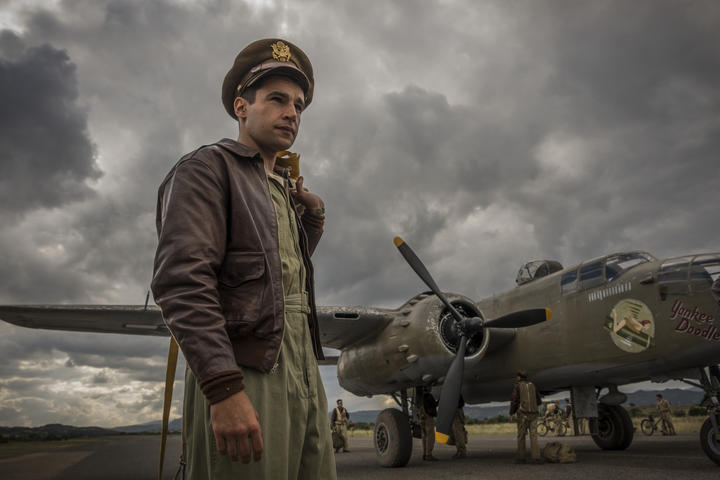 I’ve been trying to work out exactly what this means when we devour the first five episodes of the six-episode mini-series but then take a week to – somewhat reluctantly – finish the thing off.

This is what happened with Catch-22, George Clooney’s (and Grant Heslov’s and Ellen Kuras’) adaptation of the famous satirical novel about World War II that made Joseph Heller a literary superstar and turned the title into one of the most famous phrases of the twentieth century.

While the first five episodes are uneven, depending I think on which of the three directors were at the helm, we were still pretty engaged until we got to the end of episode five, wondering where the story could go from here and not being entirely sure we wanted to go where we thought it was wanting to go.

Much straighter – and darker – than Mike Nichols’ masterpiece feature film from 1970, it tells the story of Captain John Yossarian (Christopher Abbott), a bombardier in the US Army’s Air Force, stationed in Italy during 1944. Yossarian signed on to be a bombardier because the training seemed to take the longest and he was hoping that the war would be safely over by the time he was deployed. In this, he was to be deeply disappointed. 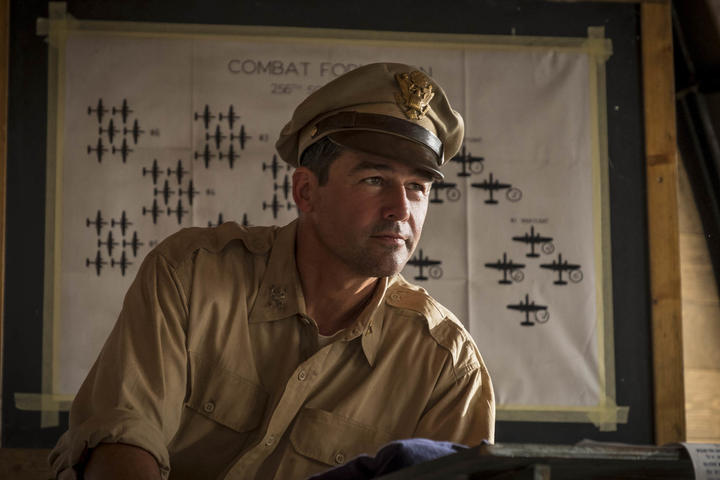 Through misadventure and bad luck, at every point in which Yossarian’s desperately dangerous tour of duty might come to an end, the minimum number of missions (or sorties) is raised meaning he can never go home. The famous Catch-22 comes from a conversation with the base medic (played by Heslov, Clooney’s writing, directing and producing partner) who tells Yossarian that he can’t classify him insane so that he can go home, because not wanting to fly is the very definition of sanity which means he has to continue flying, and around and around we go.

As Nichols did in the film, this version of Catch-22 straightens up Heller’s multiple narrator/multiple timeline structure so that the story is easier to follow, but the satirical absurdity of the film is diluted. You get the feeling that the film (which starred Alan Arkin as Yossarian and with a cast of comedy luminaries) was more a Nichols/Buck Henry work emerging from the counter-culture comedy boom of the late 60s than an authentic expression of Heller’s novel but that doesn’t make it any less a masterpiece.

Here the weight falls heavily on the shoulders of Christopher Abbott and he’s very good indeed. A graduate of the Lena Dunham Girls school, even when he’s displaying dreadfully understandable cowardice, he radiates decency. 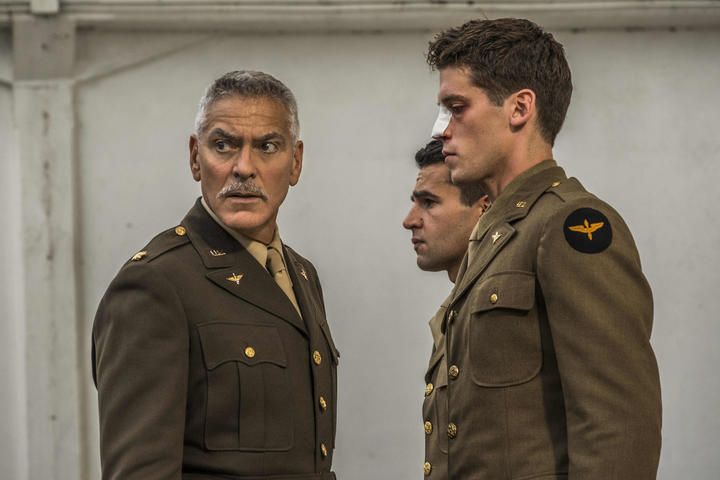 A warning for those who might be tempted into this one because of the contribution of Mr Clooney – his presence is mostly behind the camera, directing two episodes and co-producing the series. It’s always nice when he appears but it isn’t his story.

And were we right to put off watching that final episode? We thought it couldn’t possibly end well and it was already pretty dark. As it turns out, the makers managed to close this one off pretty sensitively and we didn’t end up quite as desolate as we were worried we would be.

Catch-22 is rated MVLS (which I think must mean Mature Audiences due to Violence, offensive Language and Sex scenes – there’s no easy way to decode TVNZ’s online content rating but that would make sense) and is streaming on TVNZ On Demand.