Terry Gilliam’s The Man Who Killed Don Quixote is a hot mess but could only be a Gilliam film and that's a good thing, reports Dan Slevin. 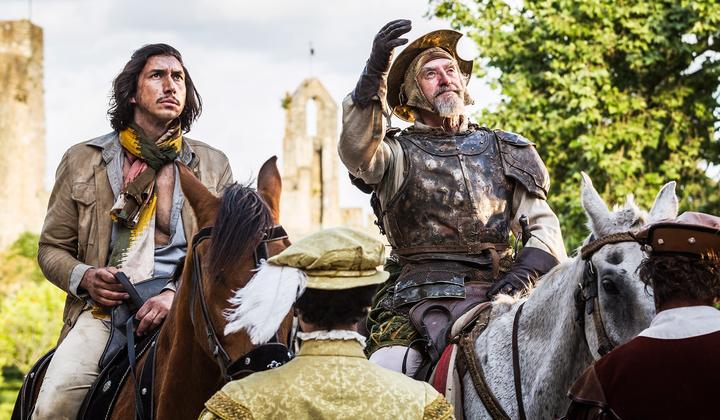 I understand that saying that we should celebrate the miracle of The Man Who Killed Don Quixote’s existence rather than, I don’t know, go out of one’s way to actually watch it, is the very definition of damning with faint praise but I can’t beat around the bush.

The story of the ill-fated production is well-known (and alluded to in its first title card.) Director Terry Gilliam (Brazil, 12 Monkeys) had been trying to get this project up, as it were, for almost thirty years but tragic combinations of bad luck, complicated financing, insurance nightmares and the like meant that even when was able to start production, he was never able to finish it.

The most infamous episode formed the basis of the 2002 documentary Lost in La Mancha which showed the production constantly beset by problems including the poor health of leading man Jean Rochefort. Lost in La Mancha confirmed for your correspondent that a career actually making films was a mug’s game but sadly it hasn’t been seen widely enough to put more people off joining the industry.

Even this final, completed, version suffered from drama when a producer on an earlier version of the project sued to prevent the film opening at Cannes in 2018. What a palaver, a palaver of the kind that seem to follow Gilliam everywhere.

The finished film has a close resemblance to the picture that Gilliam was pitching all those decades ago. A former high-flying film student turned jaded TV commercials director (Adam Driver) is shooting an ad for a European windfarm that uses Cervantes’ character of Don Quixote and his ‘tilting at windmills’ as a visual motif. To escape the bedlam of the commercial shoot, Driver borrows a motorcycle and rides to the nearest village which he realises is coincidentally the location of his student film, The Man Who Killed Don Quixote. There, twenty years earlier, he had discovered some non-professional actors including the local shoemaker (Jonathan Pryce) who would play Quixote. 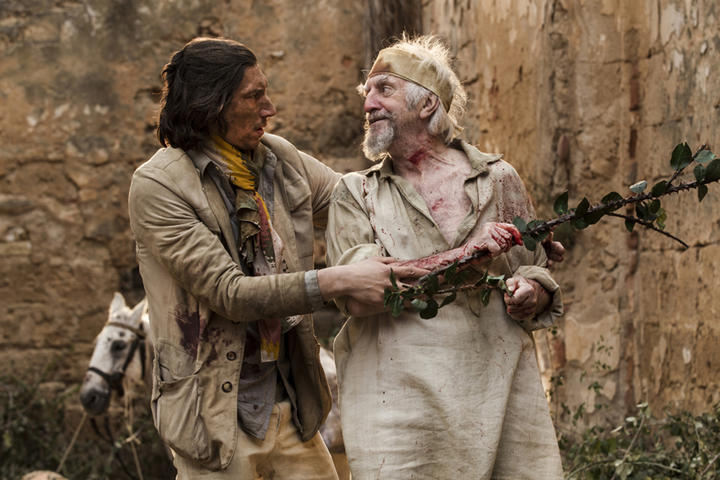 And continue to play Quixote for all the years after, apparently, as he is now living in a caravan on the outskirts of the village performing extracts from Cervantes for the very paying customers who venture that far. Either through a bump on the head, some form of dementia or other cranial ailment, Pryce’s character believes that he is Quixote and sees Driver as his Sancho Panza ready to accompany him on some new adventures.

Misadventures are what they get as a bewildered Driver is forced deeper and deeper into Pryce’s fantasy and it becomes increasingly difficult for characters or audience to tell whether what they are seeing is magical realism or a reality that won’t play ball by making any sense. 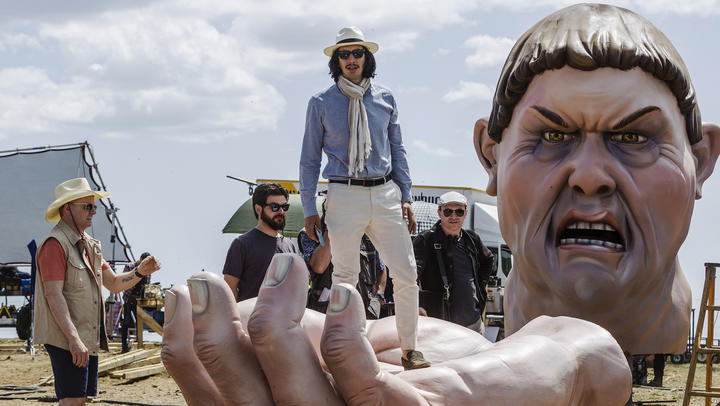 Adam Driver as Toby, the film director whose sanity is starting to crack, in The Man Who Killed Don Quixote. Photo: Diego Lopez Calvin/Umbrella

Gilliam’s ability to pull the rug from under his audience is undiminished, as is his signature visual style. I preferred the film when it looked like it was diverting from reality permanently and wanted it to become even stranger. Instead the third act puts our heroes in a modern madhouse full of media grotesques like Driver’s producer, his agent and the Russian oligarch who is paying for everything.

The Man Who Killed Don Quixote is even more of a mess than Gilliam’s film usually are – and the sun-baked Spanish locations tempt me to describe it as a hot mess – and frustrating to watch. I suspect a deeper knowledge of the Cervantes novel might be an advantage but that might be wishful thinking.

Sanity or the lack of it has been a recurring theme in Gilliam’s pictures – Sam Lowry (Pryce) losing his marbles in Brazil, Parry (Robin Williams) in The Fisher King are prime examples – so it’s no surprise that he should fascinated by the delusional Quixote who finds a deeper truth despite not seeing the world the way everyone else sees it.

An important disappointment is that, despite Quixote’s devotion to chivalry, the film’s attitude to its female characters seems buried back in the late 1980s.

The Man Who Killed Don Quixote is rated M for violence and offensive language and is still playing in limited sessions across New Zealand.