With the third film about to hit cinemas, Dan Slevin, recommends the John Wick franchise to fans of cool cinema. 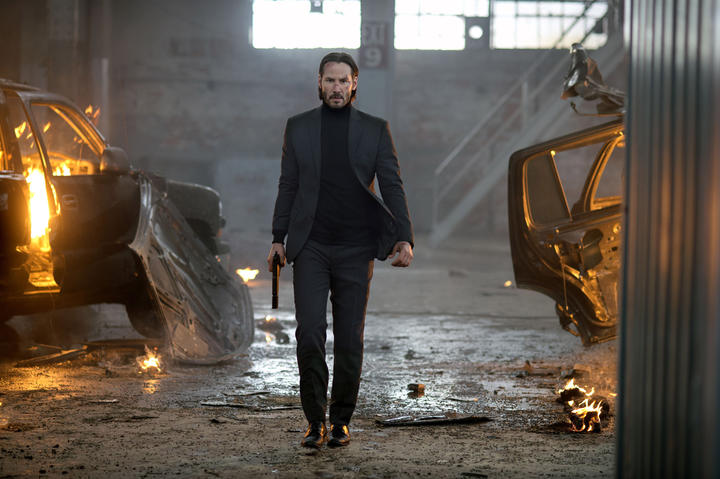 The third episode in one of modern cinemas most successful franchises opens this week and my flabber was gasted this morning when I discovered that RNZ didn’t review either of the first two. Now, John Wick might be too violent, too style-over-substance, too hokey, to appeal to RNZ listeners and readers but I’m here to tell you that fans of pure cinema should pay these films some heed.

From humble beginnings as a single action flick about an assassin forced out of retirement after some Russian mob kids steal his car and kill his dog (both presents from the deceased wife he retired from the business to be with), John Wick has grown into a solid mid-range action franchise and a perfect late-career role for Keanu Reeves. Three John Wick films, a possible spinoff called Ballerina, a proposed TV series called The Continental (which would also feature Reeves as Wick) and there are rumours that future Atomic Blonde movies might see them merge with the world of Wick. Everyone has to have a universe now, right?

To give you an idea of the style of these pictures, imagine if you could watch an entire film that looked like the sequences directed by the second unit and stunt co-ordinators (because that, friends, is exactly what they are). Almost everything you don’t need has been excised and the action is the point – like a Japanese Samurai picture or classic Kung Fu film, we want to get to the point and then get to it over and over again. 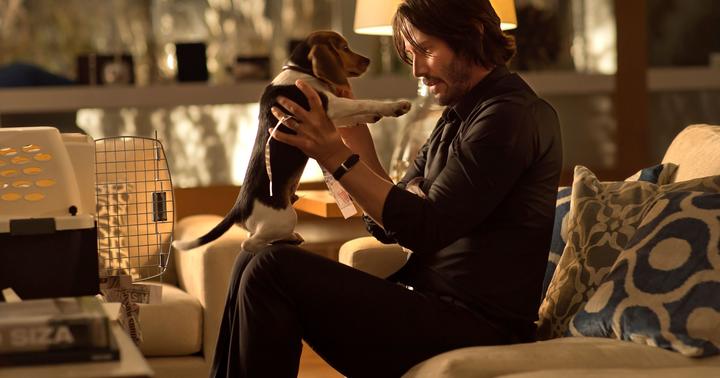 John Wick meets the beagle who is going to kick the whole thing off by becoming a victim of the Russian mob in the first film. Photo: Lionsgate

But they are not repetitive. Director Chad Stahelski (with David Leitch in episode one) is a former stunt co-ordinator and second unit director and these films are tributes to their craft – and the strenuous effort and skill of those stunt performers who put themselves in harm’s way to make the miraculous seem plausible. Stahelski knows that the faster you cut these fights – as can happen with music video directors, for example – the harder it is to believe in what we are seeing. The performers move like dancers and each set-piece is perfectly choreographed. Nowadays, most of the blood spatters are digital (to make clean up and re-set easier) but they are no less visceral for all that.

Helping with the verisimilitude is outstanding work by the sound designers, making sure that each impact sounds like it landed even if movie magic means that it didn’t. 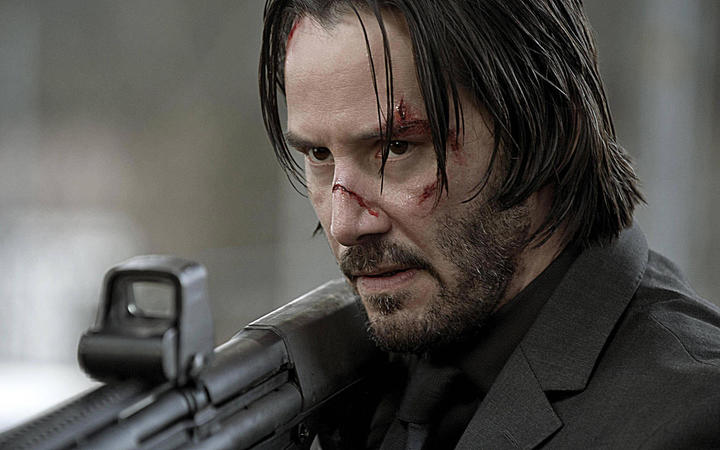 Derek Kolstad writes these films and he has also created a world that – while we get little in the way of exposition or explanation – adds a lot to the style of the whole thing. Imagine assassins on every street corner, in every walk of life, waiting for the call or an open contract. They live ‘under the table’ as Wick puts it but they still have a code. Neutral territory is the Continental Hotel, where ‘no business is allowed to be transacted on the premises’, and where the manager (Ian McShane) controls the order books and the accounting for this murderous cottage industry.

The Wick films are like Bond if you dialled up the violence to R16 levels, took out almost everything else and then added Keanu Reeves (who looks like the hardest working man in show-business when he is wearing that blood-stained black suit, limping towards another inevitable confrontation).