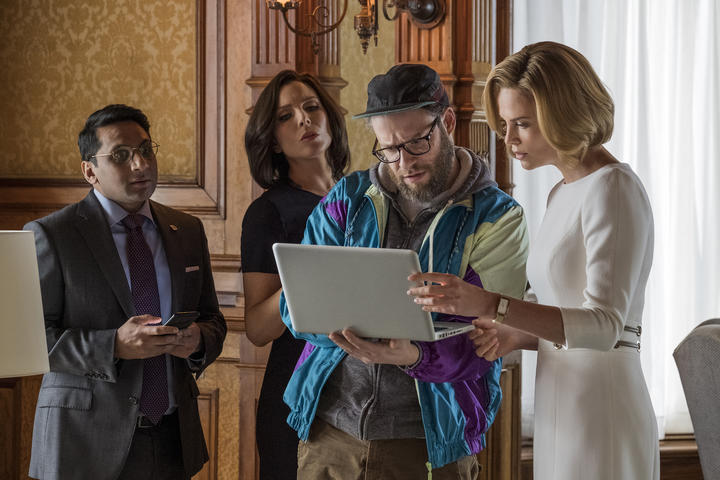 Early on in Long Shot, the new romantic comedy set in a fantasy version of American politics, a joke is made at the expense of Jennifer Aniston, an actor who is not in this film but who in a parallel universe might have been. This joke, ostensibly about the few TV stars who have gone on to become movie stars, goes something like: “What about Jennifer Aniston?” and the reply is “Just because you star in movies, it doesn’t make you a movie star.”

I raise this because, as a result of that mean-spirited exchange, I spent a lot of the rest of Long Shot pondering that very question and then wanted to recognise that Charlize Theron – who plays the female lead in the picture – is most definitely a movie star and her co-lead, schlubby everyman Seth Rogen, by their own definition is definitely not. Several years ago, one of the big studios attempted to make him a movie star by sending him to the gym so he could become a superhero in Green Hornet but the initiative was a failure. Rogen is an appealing screen presence, a funny writer and an influential producer but he is not a movie star.

Theron plays Charlotte Field, Secretary of State working for a dim-bulb president who was only elected because he played the president on TV for ten years and the American public, as you might expect, got a little confused. 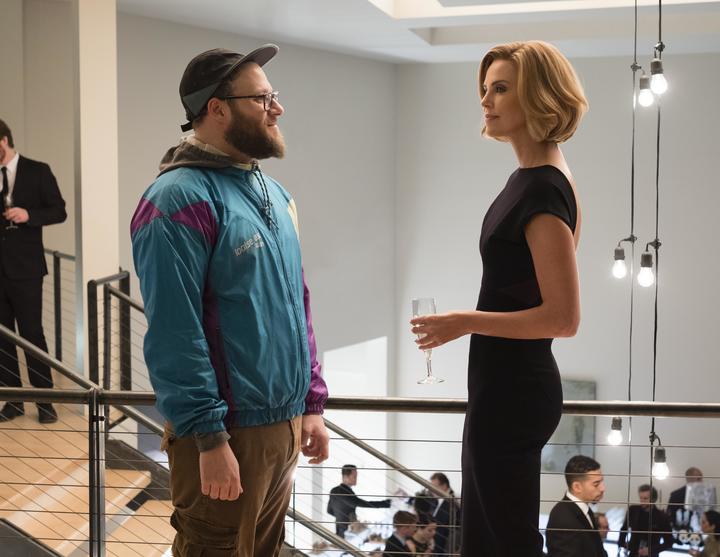 Rogen is crusading progressive New York journalist Fred Flarsky and the first neat twist in their relationship is that she used to be his babysitter when he was in middle school, reversing the usual Hollywood gender/age gap. As Field’s press secretary, played by June Diane Raphael, says, “Wow, time has not been kind.”

Rogen/Flarsky’s ability to write for his old crush’s passionate political voice wins him a gig punching up her speeches as she travels the world crusading for some climate initiative that, while destined to be sold out by her corrupt boss, would give her a leg up for the next presidential race.

On the road, circumstances – and Philippine freedom fighters – conspire to throw them together and romance blossoms but political reality may force them apart. 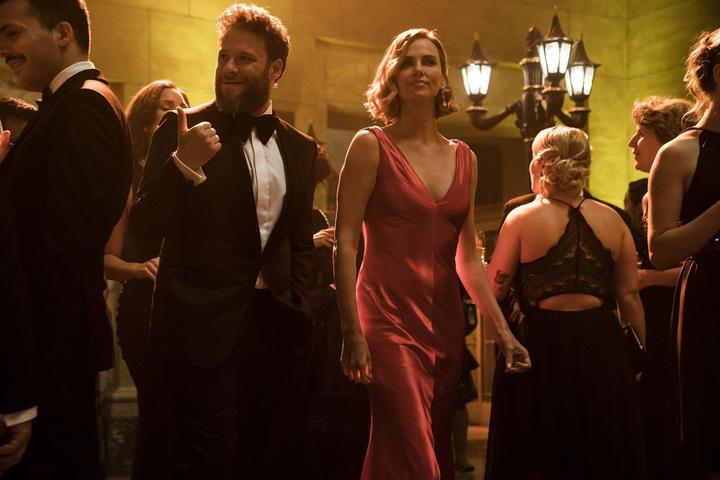 Seth Rogen gets a bit of a makeover once he joins the staff of the Secretary of State (Charlize Theron). Ms Theron doesn’t appear to need one. Photo: Lionsgate

As is often the case these days, the amount of content that pushes the edges of good taste tends to counteract the sweetness of the romance – and the romance is actually very sweet largely down to the players.

Theron is some kind of phenomenon, using her star power to get interesting things made and then turning up and being excellent in them. In just the last three years she has been somewhere between brilliant and astounding in Mad Max: Fury Road, Atomic Blonde and Tully. It’s the variety that impresses me most, I think.

Rogen’s range is, as you might imagine, considerably more restricted but you like him and believe him and that’s enough.

As we always do, my companion and I stayed to the very end in order to see which government tax rebate scheme co-funded the picture and I’m sure the taxpayers of Colombia are thrilled that their nation was able to contribute to the cinematic arts by portraying Spain, Argentina and the aforementioned Philippines.

Long Shot is rated M for drug use, sex scenes, sexual references and offensive language (and must have been pretty close to an R16 but what do I know?) and is playing in cinemas all over New Zealand now.