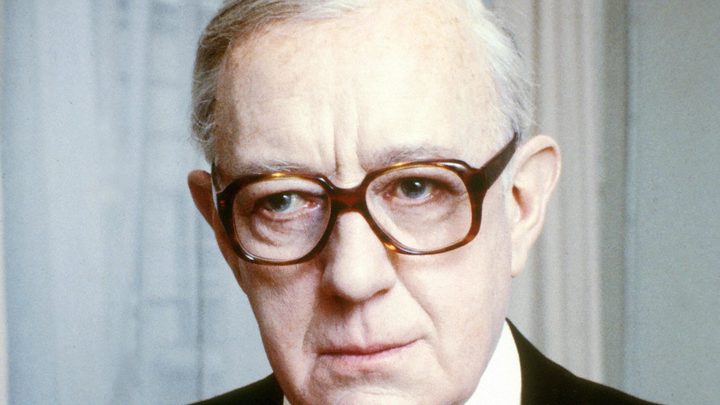 I watched the famous BBC adaptations of John le Carré’s two “Karla” novels when they first aired in the UK in 1979 and 1982 respectively, and they were influential on me in ways both positive and negative.

Positively, they sent me to the books and then to the rest of le Carré’s novels which have never let me down. Also positively, the two series introduced me to another side of the great actor Alec Guinness. At that age, I was only familiar with his reluctant Obi-Wan Kenobi in Star Wars and wasn’t aware of The Bridge on the River Kwai or his 1949 Ealing comic masterpiece Kind Hearts and Coronets where he played eight members of the same aristocratic family.

But they were negatively influential in some important ways too. I was still very young then and somehow got it into my head that this was what the adult world – specifically the world of work – was like. Perhaps it was the three-piece suits because my father often wore a three-piece suit to work and that all seemed terribly authentic. Maybe it was all the smoke-filled rooms because my father was a smoker. Perhaps it was the softly spoken men-of-a-certain-age doing important work because at age eleven I felt sure that my father was also doing important work. 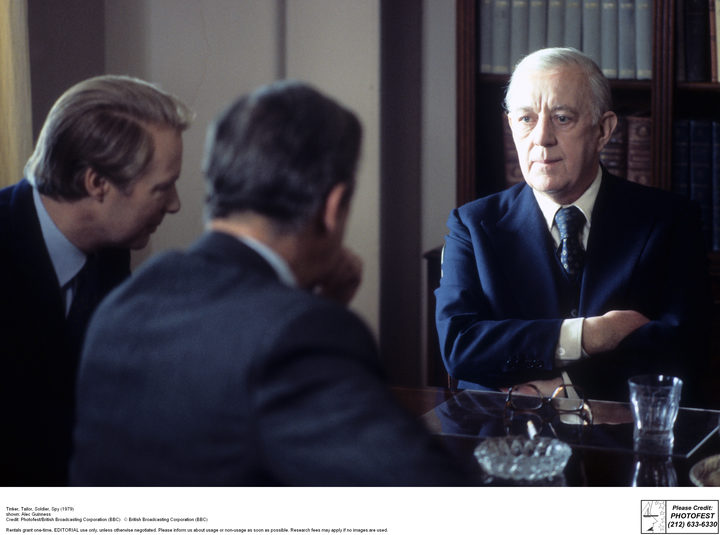 Tinker Tailor Soldier Spy, the first series, in particular, adapted by Arthur Hopcraft from le Carré’s 1974 novel, painted a picture of office intrigue, backstabbing, deceit and powerplays that would still resemble most modern workplaces (if you took away the risk of global nuclear war). That, too, seemed to me to be something about the grown-up world that I could look forward to.

Both these series follow one mild-mannered English spy’s obsessive competition with his fanatical opponent on the other side of the Iron Curtain. George Smiley (Guinness) is called out of retirement because the late head of the British Secret Service, known as the Circus, believed there was a mole near the very top of what we would now call the Strategic Leadership Group, someone who had been sabotaging operations, betraying agents and sewing discord for decades.

Smiley’s counterpart in Moscow is codenamed Karla (an early Patrick Stewart performance who thanks to his hairline often played much older than his years in those days) and in the second series Karla has made an unlikely error of judgement opening up the possibility that – again called out of retirement – Smiley might finally get one over on his old adversary.

Both these series are now playing on the NZ version of Amazon’s Prime Video service but don’t expect some magical, restored, high-definition version. These were prestige BBC productions in their day, but they still look very rough by our standards. Shot on 4:3 16mm, they were never meant to be seen on screens bigger than 14 inches across. But the plot is tightly wound – and much easier to follow than in Tomas Alfredsson’s cinematically condensed version from 2011 – and character driven, it is often tense as all get out and the acting is superb. Check out the wonderful Beryl Reid as Connie Sachs – only one scene in each series and she steals every moment. 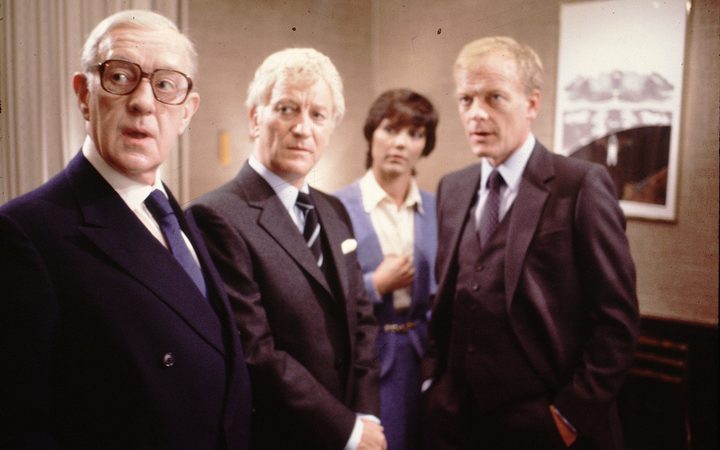 I used to think that Smiley’s People was the superior product – slightly bigger budget, more European locations, a grander vision – but this time around I found it slower, slightly more full of itself. Scenes were longer in those days – some episodes of Smiley’s People might contain only three – and it does allow the actors space to stretch out, but you sometimes wish they’d just get on with it a little quicker.

There’s something about watching Cold War thrillers made when the Cold War was still at its height. An extra layer of tension instead of nostalgia or kitsch. The most recent BBC adaptation of le Carré occasionally fell into this. The Little Drummer Girl was so well art directed that it made the 70s seem cool, but we can tell from the Guinness-era stories that the 70s were the very opposite of cool. They were drab, grey and whisky-soaked. British Civil Service offices were tiny and people had to turn sideways if there were more than three people in a meeting. Even the most expensive cars had to have the windows rolled down by hand.

But these shows are also artefacts from the first (or maybe second depending on your point of view) Golden Age of Television, when entire nations gathered around a tiny screen every Sunday night for six weeks to see what was going to happen next, and they still work superbly well on their own terms.

Tinker Tailor Soldier Spy and Smiley’s People are now both available to stream locally on Amazon’s Prime Video and a BBC DVD boxset is available for purchase through local retailers. Your local library would probably have access to a copy too.