Faces Places – an Oscar-nominated documentary about the feisty yet affectionate partnership of two French artists – is now playing around New Zealand. Dan Slevin finds it delightful. 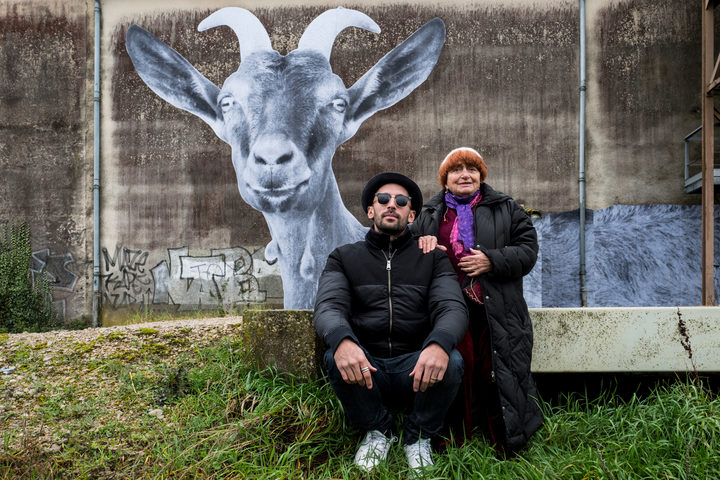 Agnès Varda is one of the key figures in the French New Wave cinema of the 1960s, as a writer, editor and director as well as collaborator with the likes of Jean-Luc Godard.

Now 89, and with credits going back over 60 years, her most recent film – a collaboration with artist Jean-Paul Beaujon, otherwise known as JR – is probably her most commercially successful.

JR is a 35-year-old former graffiti artist whose work remains committed to being in (and of the) public.

One of his projects is Inside Out in which black and white portraits of ordinary people are turned into posters that can be displayed in their community – over 150,000 so far.

His Inside Out mobile photobooth helped document New York after Hurricane Sandy and is the vehicle that transports our two artist heroes around rural France – meeting, photographing and documenting many of the ordinary people they meet there. 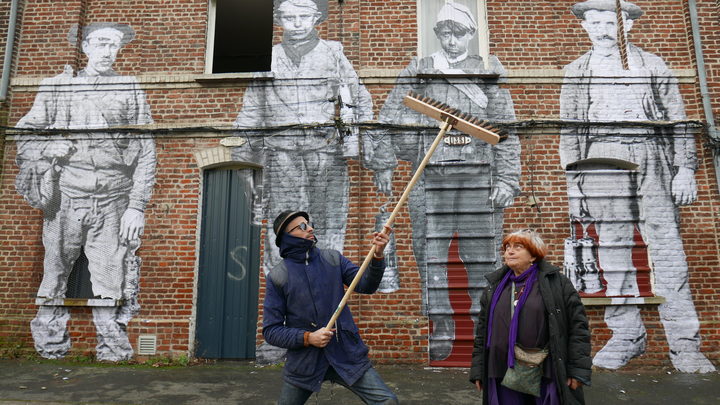 For this version of the Inside Out project, the portraits are printed out at giant size and pasted on to the surfaces of buildings – someone’s home, their barn, the wall opposite the café where they work.

While we see Varda and JR (and his team) at work, we get to understand the nature of their unlikely partnership, the connections between the art they make and the feisty but affectionate relationship between the two.

Faces Places (in French, Villages Visages) is about seeing – seeing the people around you and letting them know that they have been seen, even one step further and taking the time to see them being seen.

Varda’s eyesight is failing and the two artists discuss that what she sees is now often incomplete (or at least unique to her) and that taking photographs is now her way of seeing the world and the people in it.

JR, much to Varda’s frustration, won’t remove his anonymising sunglasses, a screen that must influence how he sees the world, let alone how the world sees him.

Faces Places is playing at selected arthouse cinemas around New Zealand and is exempt from classification.