Is the best film of 2018 only available on Netflix? Dan Slevin suspects it might be. 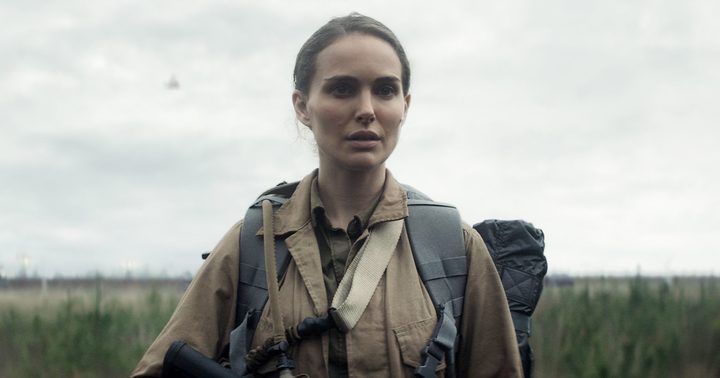 Alex Garland’s Annihilation (as opposed to, say, the annihilation of Alex Garland which would be something else entirely) is causing quite a stir among film fans. The follow-up to his widely admired 2014 debut Ex Machina, it’s an adaptation of a recent novel by Jeff VanderMeer and it’s an example of that increasingly rare breed these days, the cerebral science-fiction story, what some call psy-fi.

The resulting film turned out to be so deep that Paramount, the major studio which funded it, got cold feet and asked for a new ending. Garland, and his producer Scott Rudin, refused and Paramount dropped the film with extreme prejudice.

More fool them – except they probably know the business realities of a film like Annihilation better than most. There’s that title for a start. For a film that’s more speculative or fantasy fiction than horror, a title like Annihilation must count against you when you’re choosing a movie to watch on babysitter night. So, Paramount cut their (assumed) losses and flicked the film to Netflix for all territories except for North America and at home they gave it as little promotion as possible and hoped no one would notice.

Audiences understandably didn’t but critics did and the 87% score on the loathsome aggregator Rotten Tomatoes indicates that film-literate viewers were pretty into it. Some were so enthused that they talked about going multiple times. Influential reviewer Matt Zoller Seitz talked about wanting an Annihilation Film Festival where you could go and see the film three or four times a day and talk about it with people between sessions.

The unanimous response from film media has been that Annihilation is something between a classic and a masterpiece and that is it simply must be seen on a big screen. Dumping it on Netflix where viewers might, I don’t know, watch it on their phones on the way to work, is evidently cinematic sacrilege.

Let’s all calm down, shall we? The two best things about Annihilation arriving on Netflix in New Zealand are a) we can watch it now and not wait for the International Film Festival in July and b) we can watch it over and over again. And we should, because it’s that good. 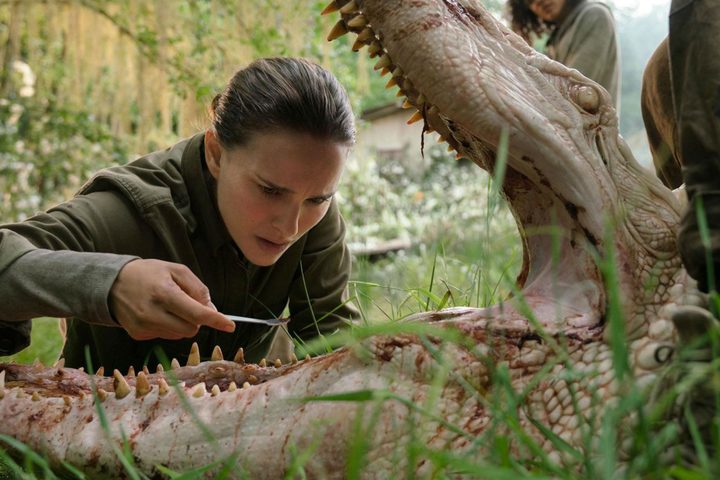 Natalie Portman plays Lena, a former soldier and now doctor teaching students about cancer and mutation at prestigious Johns Hopkins. She’s grieving her lost husband Kane (Oscar Isaac), a soldier missing presumed dead on one of those secret missions that the US never owns up to. A year after he departed, Kane turns up (utterly) unexpectedly. He’s not well though and collapses. On the way to hospital his ambulance is diverted by some black government SUVs and then Lena finds herself held at the pleasure of the US government.

Psychologist Dr. Ventress (Jennifer Jason Leigh) tells her about a mysterious force-field that appeared three years ago around a lighthouse on the southern coast. Every party that has gone in looking for clues about what’s inside has vanished without trace. Until Lena’s husband turned up out of the blue, that is.

The force-field (known as “The Shimmer”) is growing and eventually will encompass, well, everything. Squads of boys have gone in and not come out. Maybe this time, a group of women explorers will find the answers they couldn’t. A female Dirty Dozen (consisting of five expendable women) is formed and in they go. 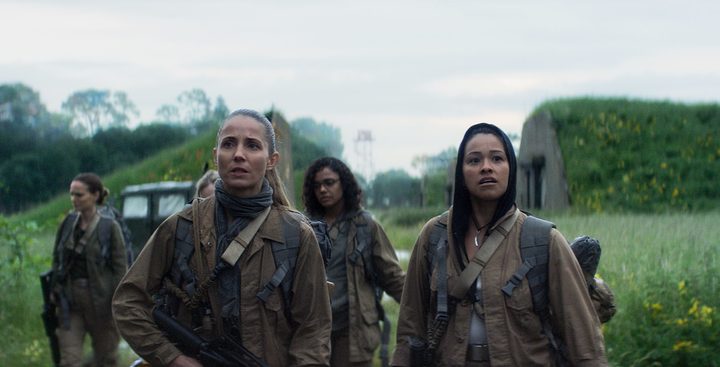 Suffice to say that things get weird and they also don’t get easily explained. While at times the film can feel a bit Apocalypse Now or Alien (or even Aliens - there are so many allusions and connections to older films that another viewing is needed just to count them), nobody stops to tell you what’s going on, mainly because nobody knows themselves.

By the end of this wonderfully well-made film, not only are you not sure what you’ve just seen but you will want to go straight back to the beginning and start looking for more clues. The first time feels like a dream – production design by Mark Digby, cinematography by Rob Hardy and sound design by Ben Barker should be right up there at the Academy Awards this time next year – but the second and third times will reveal more, especially if you take the opportunity to share the experience with others.

Annihilation is streaming now on Netflix.