Paris Can Wait is a melancholy debut feature from a woman who has been around the movie business for nearly 60 years, says Dan Slevin. 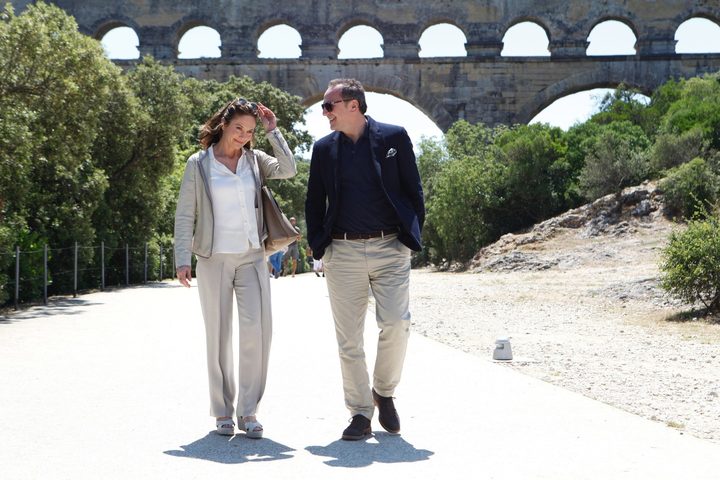 Eleanor Coppola has been married to Francis (director of The Godfather) since 1963. She’s spent a great deal of her time since then in his shadow, raising the kids — Roman, Sophia, etc and doing what many women of her generation did – keeping the family’s body and soul together while her husband was alternately winning Oscars and bankrupting their business in pursuit of his singular vision.

But she had talents of her own – she shot the behind the scenes footage during Apocalypse Now that became the wonderful warts and all documentary Hearts of Darkness.

Now, here she is at the age of 80, making her first feature film and it would be surprising if it didn't betray some autobiographical frustrations, especially when we meet the central character, Anne in Cannes, who just happens to be married to an egocentric movie producer who brings her on business trips because she makes him look human rather than because he especially wants her around.

He is played by Alec Baldwin, phoning it in (literally in some scenes) and Anne is a vehicle for the criminally underused Diane Lane, a victim of the reduced opportunities available to women of a certain age who aren't Meryl Streep or Cate Blanchett. In the last ten years or so her biggest role has been as Superman's mother.

In a bit of plot mechanics that is paper thin and at the same time I suspect plucked from the life of the director, Anne has an ear infection and doesn’t want to fly to Budapest for the next business trip. Baldwin’s French producing partner, Jacques (played by Arnaud Viard who I don’t recall seeing in anything before though I’m sure I would remember) offers to drive Anne north to Paris and show her a little of the country at the same time.

He keeps on insisting on interesting detours to boutique hotels with Michelin starred restaurants, or picnics by the Rhone with a dozen different types of cheese. When another fromage came out of the hamper I may have exclaimed, “Oh, stop it!” simply because the admiration for all the food and drink was threatening to overwhelm the story and I may have been a bit hungry at the time myself.

Baldwin distractedly checks in by phone periodically, eventually starting to worry that he may have taken his eye off the ball a bit. But, he needn’t be too concerned, a budding romance is not what the film is really about. (Actually, he probably should worry as her new found self-knowledge means she’ll probably leave him when they get back to LA anyway.)

Paris Can Wait is a gentle film, melancholic. Coppola takes careful steps and the film moves at a pace that might prove frustrating to some audiences. France looks lovely, the food is sumptuous, and Jacques can be a little bit annoying. But there’s plenty to read behind Lane’s eyes as she slowly discovers what it might be that she’s feeling.

#52filmsbywomen is a project encouraging film lovers to seek out and enjoy films made by women.