Raw announces Julia Ducournau as a name to remember and a talent to reckon with, according to Dan Slevin. 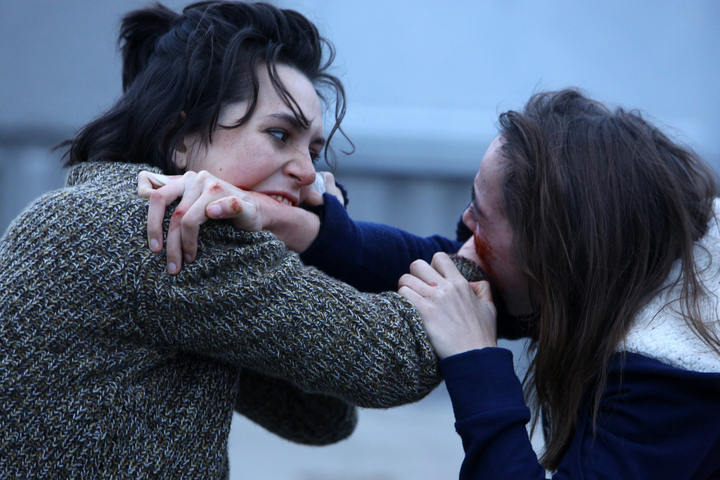 It’s a notable occasion when an independent French film from a first-time director gets a simultaneous “day & date” release all over the world but here we are with the stunning debut, Raw, from Julia Ducournau.

This sort of treatment is usually reserved for Disney or Harry Potter but, even though the screens and sessions ratio doesn’t compare with Guardians of the Galaxy, somebody has decided that you need to see this now. Like, really, now. And that somebody is right.

Raw is a horror film. A ‘midnight movie’. A genre picture. A smart-but-gory body-horror that is repulsive and intriguing by turns. But it’s genre origins shouldn’t prevent mainstream film fans from seeing this because when they do, they can tell their grandchildren that they saw the first film by the great Julia Ducournau – and that’s priceless.

Gamine Garance Marillier plays 16-year-old Justine, youngest daughter of a family of Belgian vets and a confirmed vegetarian. In her first week at veterinary school (think Massey in the 80s combined with Auckland Uni in the 90s to get an idea about how awful the place is) the hazing and bullying – including being forced to eat a raw rabbit’s heart – is all-but intolerable. This is the greatest horror of the film, not what happens next.

To her surprise, she discovers that she doesn’t just like raw flesh but she actually needs it. And when an accident involving her older sister, bikini wax and scissors – the most brilliantly realised scene of the year so far – results in the two sisters sacrificing the family dog in order to keep their secret, stakes are escalated alarmingly and reviewers like me realise the creative limitations of a spoiler–free medium. 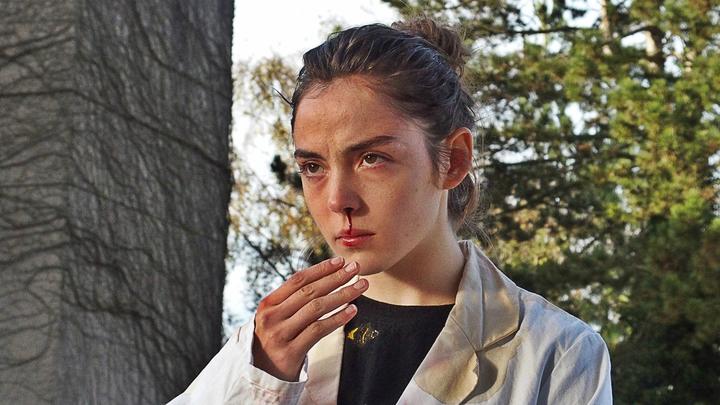 Ducournau is an example of what should be happening but isn’t in New Zealand screen development.

Fund the director not the project! Let the talent lead you rather than worrying endlessly about whether an individual idea is marketable or not. Gifted young women like Ducournau and Ana Lily Amirpour (A Girl Walks Home Alone at Night) are proving that great ideas aren’t coming from tired old development executives, they are coming from unique and unpredictable artists.

On its face, Raw is not a fundable idea. It’s too risky. But Ducournau is so good, she should be having quids thrown at her now and be turning down offers from HBO, Marvel (and even Canal+).

I hope she can maintain her independence and her vision. She’s precious.

#52filmsbywomen2017 is a project encouraging film lovers to seek out and enjoy films made by women. Dan will be posting one new review a week (ish) throughout 2017.