Hidden Figures is important, influential and inciting. What it isn’t – at least not often enough – is very good, says Dan Slevin. 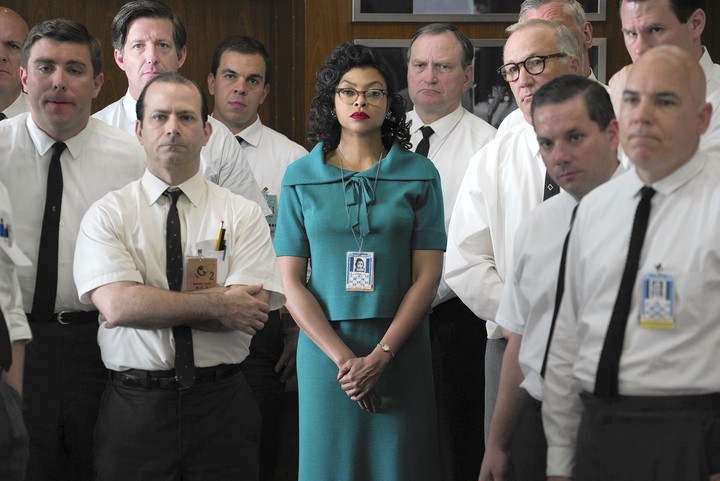 Adapted by two white screenwriters and a white director (from a book by an African-American author) Hidden Figures is the uplifting true story of the black women who provided the mathematical horse-power for NASA in the early days of the space programme, before technology took over from pencils and slide rules.

It’s the early '60s and America has fallen behind the Soviets in the Space Race.  At NASA’s Langley Research Centre in Virginia hundreds of scientists and engineers toil to catch up and one of the unsung departments at the facility is the West Computer Division where dozens of African-American women known as ‘computers’ calculate, check and double-check the maths required to fly to space.

Meanwhile, a 20-minute walk away at the Flight Research Centre, white men in white shirts were feeling the pressure. The dog Laika had already orbited the earth and Sputnik continued to beep its way around the planet several times a day, taunting the Americans about their failure.

The talented ‘coloured computer’ Katherine Johnson (Taraji P. Henson) is promoted to Flight where she encounters a mix of conscious and unconscious prejudice. (I wonder whether there is a formula that would allow one to calculate the total coefficient of prejudice when you combine time, geography, gender, ethnicity and age. Katherine could probably work it out for me.) 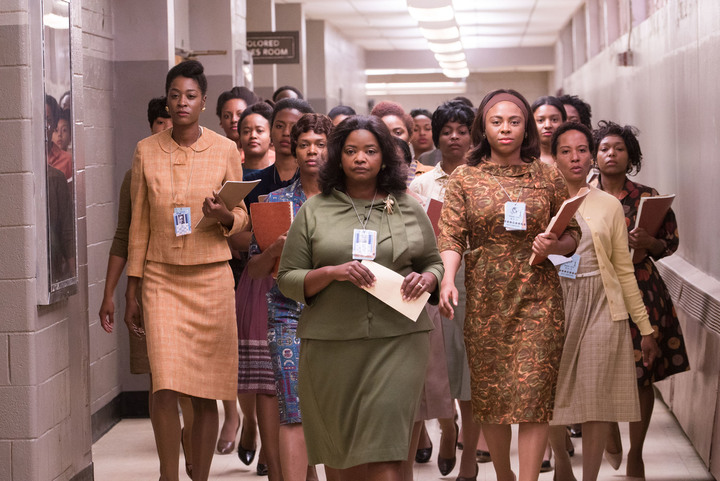 The story climaxes with the launch and return of John Glenn – the first American in space and the man who insisted that he wouldn’t fly unless Johnson double-checked the new-fangled IBM machine’s figures.

The story is a great one and all the better for being mostly true – although your tolerance for the condensing of history to suit Hollywood might be tested a bit. In reality, Spencer and Jackson’s stories happened years before Johnson’s but they play side-by-side here to amplify each other. 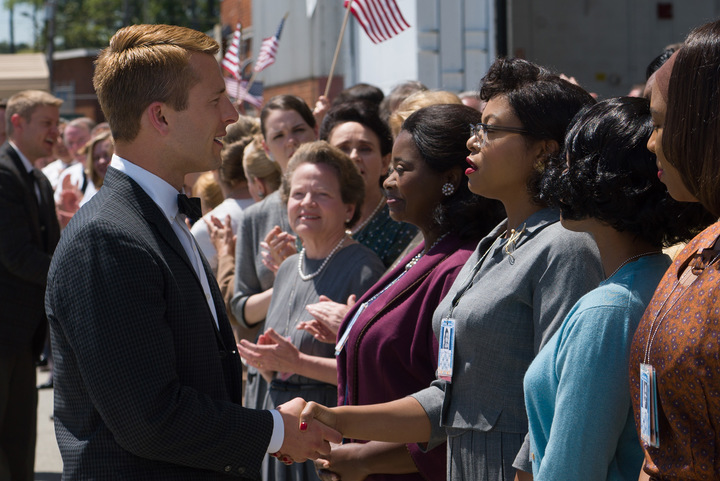 Stories about science are difficult but not impossible to tell on screen but the screenplay by director Theodore Melfi (the execrable St. Vincent) and Allison Schroeder talks the science down to us – as well as the history.

What’s the word for when characters tell each other stuff they already know just so it can be explained to the audience? It’s different to pure exposition. The Germans probably have a word for it. Anyway, it happens a lot in Hidden Figures and at a high school level of explanation, too.

To be fair, the 14-year-old we took to our screening enjoyed it a lot and is now interested in watching more films about the Space Race (The Right Stuff and Apollo 13 are at the top of that list despite them being Exhibits A and B in the prosecution of Hollywood for ignoring the achievements of people of colour).

It was also interesting to feel the audience’s visceral response to the everyday bigotry on the screen. The further away we get, the more outlandish it seems I guess.

The thing that is making Hidden Figures so popular – its lightness – is the thing that didn’t sit quite right with me. It gives too much of its drama away in exchange for crowd-pleasing moments that are satisfying on the surface but turn out not to be very filling.

Apart from Henson’s Katherine Johnson, all of the main characters have a big moment instead of a satisfying arc. Maybe the screenwriters should have gotten some help with their own “analytic geometry”?