To watch Jackie is to watch myths being constructed and deconstructed simultaneously, according to Dan Slevin. 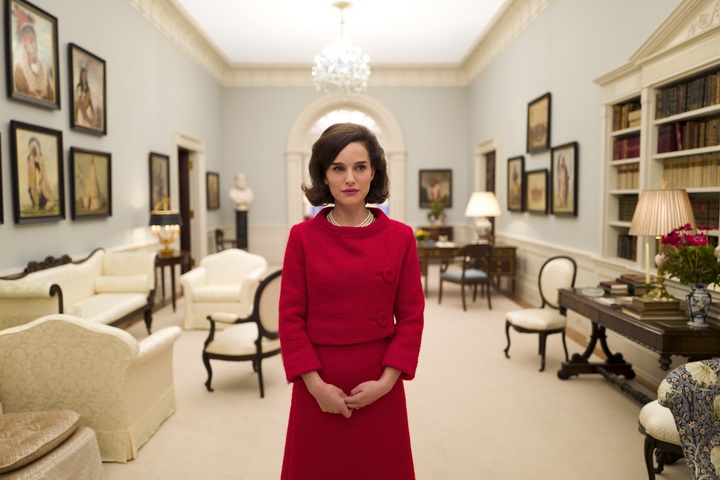 It’s fitting that Jackie, Pablo Larrain’s new film focusing on the life of a single woman at one of the most shocking moments in Western history, has a circular structure. After all, we are watching myths being constructed and deconstructed simultaneously.

Firstly, we are watching a grief-stricken and often terrified Jackie Kennedy attempt to manage her late husband’s legacy during the days immediately after his 1963 assassination. So, we get to see how the planks of his enduring reputation as one of the great US presidents were laid down. His optimism, his relative youth and his vision of a better, more decent, politics in the arenas that were to define the 60s – the Cold War, civil rights, space exploration – most of which were about what he didn’t have time to achieve.

This became the Kennedy story that I was familiar with growing up. That the world was robbed of a greatness that wasn’t able to bear fruit. We see Jackie trying this narrative on for size during the film, which centres on an extended magazine interview several days after Kennedy’s funeral; an interview which she makes clear will only be able to print approved and carefully selected quotes, despite her brittle candour across the table.

This interview, with Billy Crudup as the journalist, serves as a model for the kind of tell-all television confessional that we are familiar with today, except Jackie has no desire to lose control of her story. It’s not the only confessional moment in the film but none of these confessions are for the public. There’s an extended conversation with Catholic priest John Hurt who clearly can do little idea to ease the political and historical pressures she is under but tries to provide some solace for her personal grief, though for Jackie they are difficult to separate.

I found it fascinating to watch this portrait of a woman who knew the risks of a life lived in public and tried to micro-manage it, but in the end remained tabloid fodder until the end of her life. When I was a child, Jackie Kennedy-Onassis was the most famous woman alive, teams of paparazzi chasing her dignified, sunglassed, visage down Manhattan streets. She was the Princess Diana of the 1970s, famous for marrying in to a version of royalty rather for her own achievements, although it eventually became clear that she was a formidable woman in her own right.

Larrain’s film doesn’t follow a linear path. It’s essentially a series of flashbacks from the interview (shot in a confronting series of reversed mid-shots with both Crudup and Natalie Portman (as Jackie) staring right at the audience during their battle of wits). The main centrepieces are a recreation of Jackie’s first big television moment (her behind-the curtain portrait of her expensively redecorated White House); Dallas on November 22, 1963; the well-documented shambles of the flight back to D.C. with Lyndon Johnson sworn as the new President in unseemly haste; and the preparations for the president’s funeral where it’s clear that nobody has any idea of what is appropriate for such an unprecedented situation. 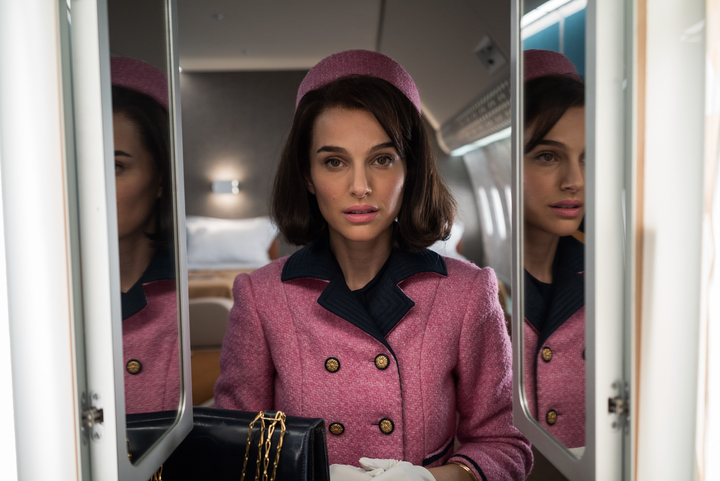 Portman as Jackie prepares to meet the people of Dallas at Love Field. Photo: eONE

Jackie knows. She knows if Jack is to have a reputation to match Lincoln’s – the last assassinated president that anyone can remember – then the occasion would have to match.

There’s a constant tension between Jackie’s desire to honour history and make history – we are often told how important it is that we remember that the occupants of the White House were all real people who really did, for example, sign a document freeing four million people from slavery in this room, and the fact that these people are essentially unknowable to us. Jackie knows her job is to make Jack a legend, but a legend we think we knew.

The intellectual exercise behind all of this serves to make Jackie a slightly cold affair with Portman having to hold up the emotional end of the bargain. It’s a bravura performance that this reviewer felt was a technical triumph but that the fragmented construction only served to break her momentum. At times she seems erratic – and maybe under unimaginable strain she was – but I’m pretty sure that’s not the story of her that she wanted told.