Dan Slevin checked out a midnight screening of the new Star Wars movie and says it relies too much on the original series to totally work as a stand-alone film. 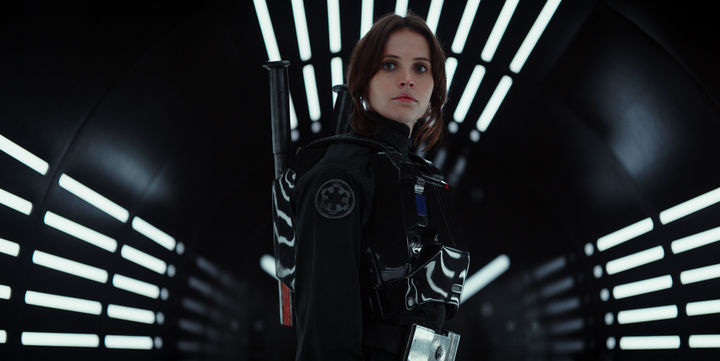 Felicity Jones as Jyn in Rogue One: A Star Wars Story Photo: Disney

Another December, another Star Wars. Last year, The Force Awakens restarted the original saga to considerable fan satisfaction – I know one young fellow who saw it three times in a week. But they can only churn these massive projects out so fast, and Disney is desperate never to cede December to another studio, so in the off years we now get films like Rogue One – supposedly stand-alone stories that flesh-out the Star Wars universe.

If The Force Awakens was like a beloved family reunion – long-awaited and sentimental – then Rogue One is more like a distant cousin’s wedding. You don’t really know anybody – except embarrassing Uncle Vader – but you’ll go because there might be somebody cute to pash later on.

The story takes place in the immediate lead-up to the original Star Wars, now known as A New Hope. The Empire’s hold on the galaxy appears absolute apart from a small rebel alliance struggling to have much of an impact – an insurgency rather than a full-flown rebellion. Crazy fascist visionary Orson Krennic (Ben Mendolsohn) has a dream of a giant moon-resembling space station with star destroying capacity but he can’t build it without the help of scientist and engineer Galen Urso (Mads Mikkelsen). As the film begins, he is persuading Mr Urso to rejoin the project by shooting his wife and trying to kidnap his daughter, Jyn. 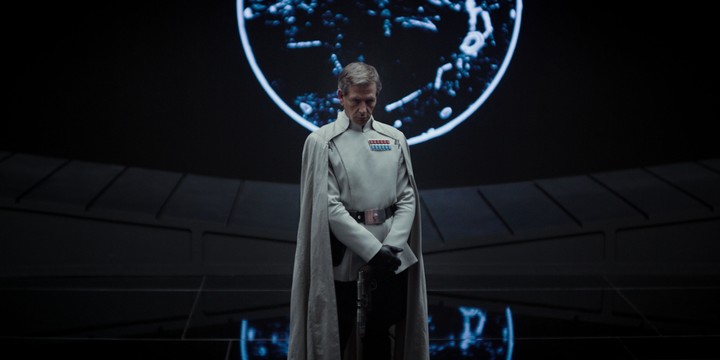 We leap forward a few years and Jyn (the toothsome Felicity Jones) is safe from Krennic’s clutches but in trouble nonetheless – a spirited and independent young woman in the mould of Rey from The Force Awakens. The Rebellion has received a message that this new-fangled Death Star might be something to take seriously and they recruit her (not quite willingly) to take the message to her former mentor Saw Gerrera (Forest Whitaker) who might be able to make some sense of it. He’s not taking their calls directly as he’s become a kind of Jedi version of the Judean People’s Front (“Splitter!”), but he’ll see her.

They watch the flickery hologram of her father and realise that not only has he been building the Death Star under sufferance all these years, but he’s even included a tiny, unseen, exhaust port-sized, vulnerability that might allow a skilled pilot to set off a chain reaction and destroy it. However, while he managed to get a message out, he wasn’t able to send the actual plans. Curse those 5MB email attachment limits!

Anyway, the plans are on a hard drive somewhere else and Jyn, and her new-found bunch of ragtag oddball freedom fighters, are the only rebels with the gumption to go and try and get them. Deep behind enemy lines in a tightly guarded fortress. It’s a suicide mission.

The Star Wars films have always been a patchwork of other film influences, tied together by the expert galaxy-building that hides the cinematic roots. Famously, the dogfight sequences in the first film were copied from classics like The Battle of Britain and the Jedi Knights were inspired by Japanese samurai movies rather than historical samurai.

Rogue One whakapapas to films like The Guns of Navarone and Where Eagles Dare – impossible missions against all the odds and racing against time. And the look of the final battle with the beaches and the jungle and the gunships reminded this reviewer of Apocalypse Now (“Stormtroopers don’t surf!”). 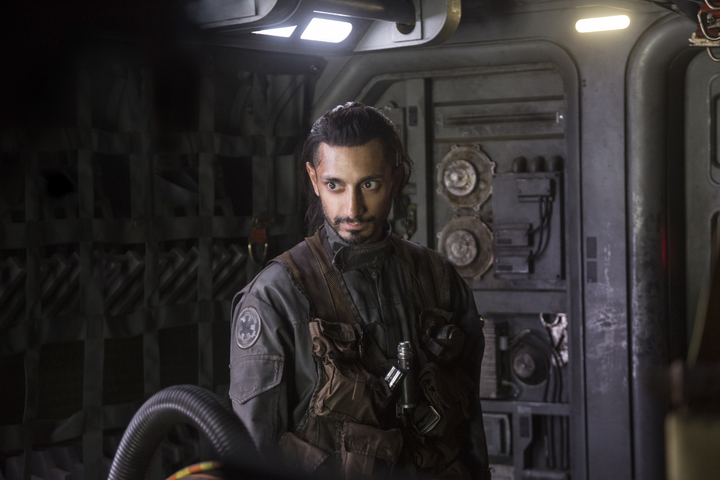 I appreciated the thoughtful diversity of the casting (although finding more than one woman to go into battle on the ground seems to have been beyond them). Of the humans, the nicest work is done by the great Riz Ahmed as a former Empire freighter pilot discovering his good side, but the film is all-but stolen by Alan Tudyk as the strategy droid K-2SO. He gets all the laughs in a film that is short of them.

Where Rogue One falls down is in the character development. There isn’t much – just enough to motivate a plot point or two – but it’s also fair to say that the makers weren’t really incentivised to do so. Don’t get too attached to any of them, is all I’m saying. The most interesting character is Mendelsohn’s Krennic, blinded by ambition but forever destined to remain middle-management, considered utterly disposable by a high command represented by a digital recreation of Peter Cushing’s Grand Moff Tarkin.

Tarkin’s appearance is example of how it’s only when Rogue One explicitly reconnects itself to the original saga that it works emotionally (or rather, whenever you find yourself actually feeling something, that feeling is probably only nostalgia).

One day a Star Wars picture will break free of the chains of the original trilogy and maybe even actually fly. This isn’t that movie.