Review: Poi E - The Story of Our Song

The fine documentary about the song Poi E proves singer Dalvanius Prime was more influential (and heroic) than any All Black captain, says Dan Slevin. 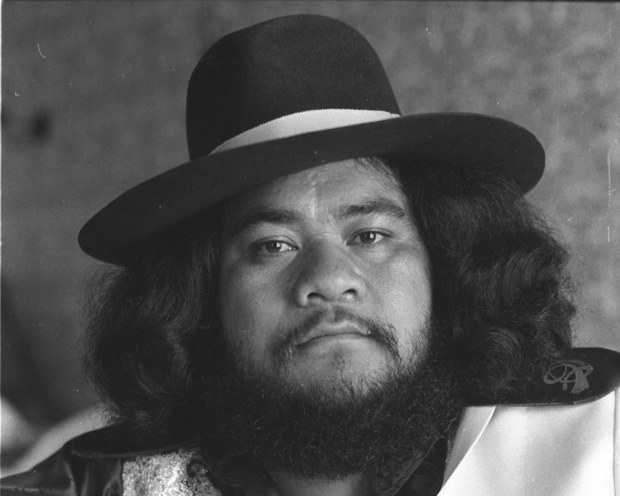 While the nation’s cinemagoers celebrate a man whose achievements were supported by an entire nation, a professional support staff (including a forensic psychiatrist), an entire industry focused on his success, dozens of highly paid professional teammates and a fawning media, let us also take the time to recognise a different kind of achievement.

Back in the early 1980s – when NZ barely had a recording industry worth the name, our media were in the thrall of international consultants with no commitment to local content or creativity, and Māori language television consisted of four minutes every weekday afternoon – one man somehow decided that Māori, pop music and a small town on the bones of its bum could all be saved at the same time.

That man was a leader and visionary, and if ever there was a New Zealander who deserved to have their story told on the big screen it is him – Dalvanius Prime. Thank goodness for Tearepa Kahi who found a way to make it happen.

Dalvanius was not long back in New Zealand after a successful career playing R&B music in Sydney, grieving for his mother, feeling alienated from his culture and his language but not sure how to reconnect. An introduction to our story’s other hero, the lyricist and teacher Ngoi Pewhairangi, was the final piece of the puzzle to fit. 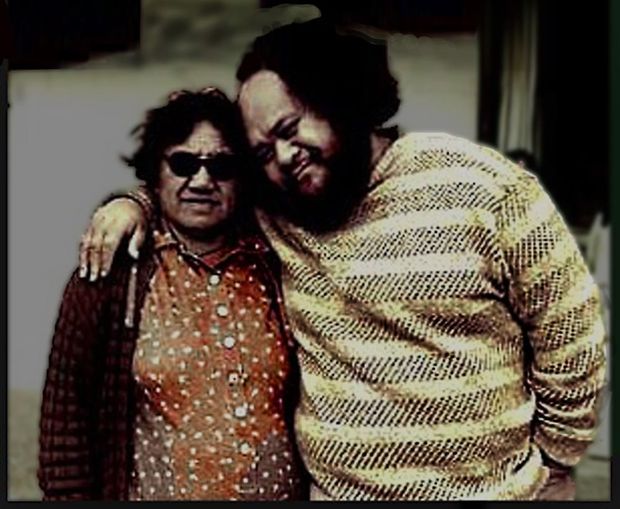 Kahi’s film, Poi E: The Story of Our Song, makes sure that credit for the success of the song is shared, and the stories told by the mix of participants, witnesses and (the very amusing) modern-day commentators Taika Waititi and Stan Walker emphasise the surprise and scale of what they pulled off.

From the Michael Fowler Centre in Wellington to a Royal Command Performance in Scotland, the Patea Māori Club redefined what was possible in Māoridom and in New Zealand. Along with the 1984 Te Māori exhibition at the Metropolitan Museum of Art in New York, much of what happened afterwards to preserve te reo, grow the Kōhanga reo movement and take the treaty settlement process seriously, can all be traced back to outpouring of pride we see and hear in Poi E. 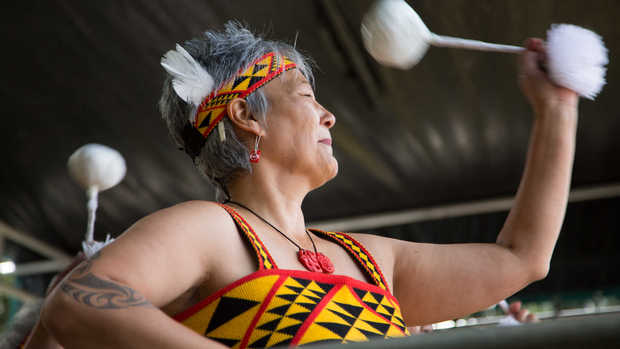 The Patea Maori Club is celebrated alongside Dalvanius and the song in Poi E Photo: poiemovie.co.nz

“Essential viewing” is one of those reviewer clichés we like to throw around, but in this case, it’s not hyperbole. Poi E is a warm-hearted and humorous portrait of a world that young New Zealanders will struggle to recognise – a world where dreary Irish folk musicians can keep Michael Jackson off the top of the charts, where the prime minister wore a dinner jacket to the New Zealand Music Awards, and where the lack of a regional development policy could lead to entire single-industry towns disappearing... Oh, hold on. That bit hasn’t really changed.