Review: Kubo and the Two Strings

Kubo proves that the Laika animation studio should be considered up there with Pixar. 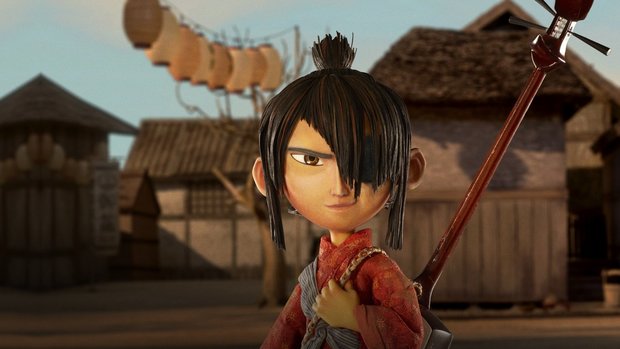 After family-friendly gothic horror and monster movies such as Coraline, ParaNorman and The Boxtrolls, Kubo has a more romantic setting – 17th Century Japan. Kubo himself is a young storyteller, busking on the streets of a small coastal village using his magical origami skills to keep the villagers enthralled despite his inability to ever finish the story.

He lives in a cave with his traumatised mother – traumatised by their escape from the clutches of her father, the Moon King, and her sisters; an escape that cost Kubo an eye. The Moon King (voiced eventually by Ralph Fiennes) has never given up on his search and so Kubo must never be out of the cave after dark. Sure enough, because he’s a strong-willed little boy, he stays out after dark and the mysterious masked Sisters (Rooney Mara) are soon hot on his trail.

With the last of her magic, his mother transports him to safety along with a talking monkey and a mute origami samurai as a kind of direction finder. They must locate three powerful artefacts or they are surely doomed. 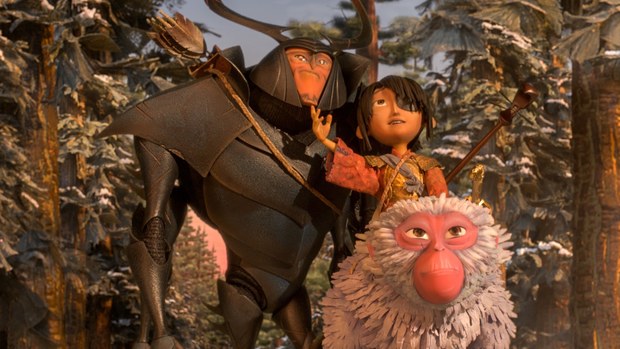 But make no mistake, Kubo is an extremely fine film that takes its characters and its themes seriously while carrying humour and adventure along for the ride. After their high-tech approach to stop-motion animation, Laika’s trademark is vocal performance and all the leads – although the production has been criticised for not casting enough Japanese actors – are superb. It is their work that the animators are inspired by – and play off – over the years of painstaking production.

Owned by the 15th richest man in the world and controlled by his son, Laika doesn’t appear to be at risk of being swallowed by a giant media conglomerate any time soon but the quality of the work that is done up there in the Pacific Northwest suggests that consumers should be comparing the studio with the likes of Disney-owned Pixar next time they are shopping for wholesome family entertainment.

Kubo and the Two Strings is playing nationwide but for how much longer?

More on Kubo and the Two Strings

Dan talks Laika with Jesse Mulligan earlier in the week: