Once upon a time there was a film reviewer – brain frazzled by one of the finest film festivals he had ever over-committed to – who swore he would not go back to the movies until he could guarantee that he wouldn’t sleep through some of the film he was supposed to be watching. And here we are, nearly two weeks later, and he has kept to that commitment.

So, no Suicide Squad hot takes then here at Widescreen, until I can get the last of these diaries out of my brain and into the world. And as the festival has only just opened in Hamilton, Palmerston North and Tauranga – and as many of these films will live again in general release or on home video – I trust that there’s still a readership for them. 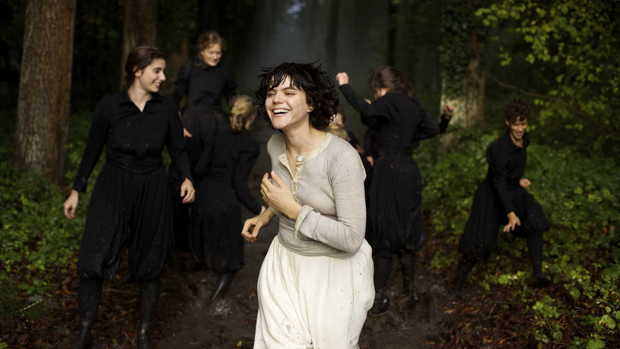 Adding to the list of fine female-directed (I shudder at that inside-baseball word ‘helmed’) films at this year’s festival is Stéphanie Di Giusto’s startling debut, The Dancer, notable for several reasons not least introducing international cinema to the acting talents of singer/songwriter Soko and Hollywood progeny Lily-Rose Depp. Both are revelations of the “camera adores them” kind – and we’ll see lots more of them, I’m sure – but the story of contemporary dance pioneer Loïe Fuller is all the more remarkable for having never been filmed before.

The story sent my companion to the internet to find out more and it turns out that the faintly tragic, La Vie En Rose-style, story was anything but. We demand a sequel. Or a follow-up about Depp’s Isadora Duncan. Either, as long as it contains lots of dancing. 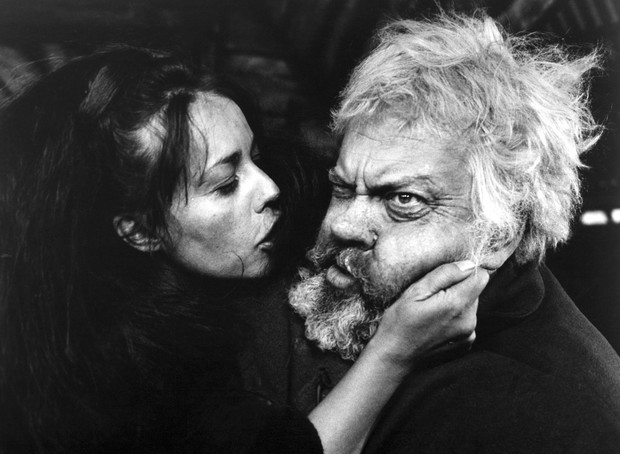 The instant decline of Orson Welles’ career was tragic and we are reminded of the scale of all those missed opportunities when confronted by the utterly flawed and yet still triumphant Chimes at Midnight, his conflating of the Falstaff sections of Henry IV (I), Henry IV (II) and Henry V. Technically, his compromises can make it a difficult watch. It is clearly Welles’ own voice coming out of Fernando Rey’s mouth as Worcester, for example, and Spain never looked less like England, but the sheer cinematic virtuosity on display makes you giddy.

Welles himself, as Falstaff, is the MVP (horrible phrase but current world affairs have it floating around my head) as he knew he would be: titanic.

On an Unknown Beach 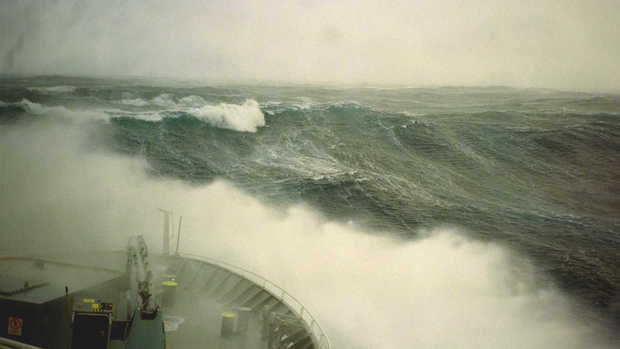 The Niwa survey ship Tangaroa in a choppy Pacific looking coral in On an Unknown Beach Photo: NZIFF

I’m still not sure quite what to make of On an Unknown Beach except that, whether I can identify a thesis or not, it is one of the most memorable NZ films I have seen in recent times. That sounds like faint praise but I don’t mean it to be. Three, seemingly unrelated, strands of documentary finally merge together as you leave the theatre and head across the road for coffee. You’ll come for the beautiful cinematography but you’ll stay for the subtle interplay of ideas, dancing and flirting with each other. 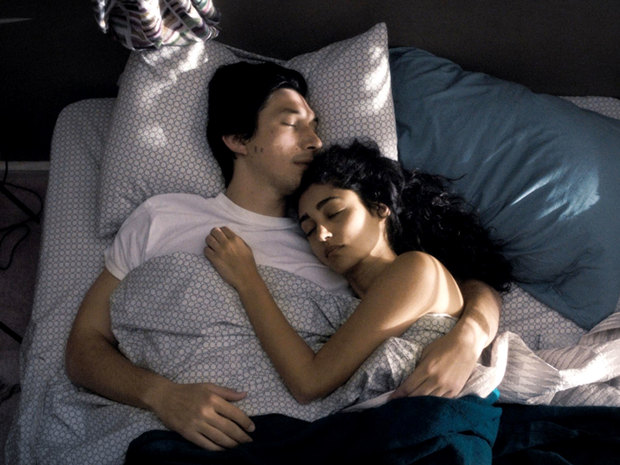 I’ve heard Jim Jarmusch’s Paterson described as a film about a bus driver who writes poetry but what if it’s a film about a poet who drives a bus? After all, James K. Baxter delivered mail. Adam Driver, who is carving out one of the more interesting careers of the 21st century, plays the title character – also the name of the New Jersey town where he drives his bus – and it’s such a welcome relief to watch a really lovable character on screen for a change.

For a while Paterson threatens to be a too-clever-by-half, Kaufman-esque mindfuck but, oh, the relief when it isn’t (I love Kaufman films but I really didn’t want this to be a puzzle to solve).

I lost faith in Jarmusch around the time of The Limits of Control in 2009, a film that took 116 minutes to disappear up its own fundament, but the vampire love affair of Only Lovers Left Alive in 2013 and this give me confidence that there’s a golden autumn and winter to come in a career that has already given us masterpieces like Dead Man and Mystery Train.

Paterson is so close to masterpiece status and, if this wasn’t a Toni Erdmann year, maybe I would think it was. 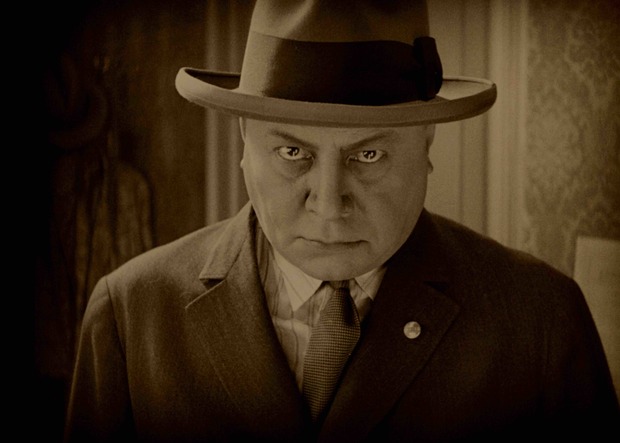 Live music and luminous black and white cinematography – that’s what every Sunday afternoon should be about. Instead, we have to wait a year between NZIFF ‘live’ cinema events.

This year it was the sensational German silent Variety, directed by Ewald André DuPont in 1925, restored by the Murnau Foundation, and with a new Goethe Institut-funded score by Johannes Contag. The combination is flawless. 91 years on, there are some super-interesting things that come to mind.

Acting-wise, the close-ups work really well and the director brilliantly takes control of the mid and wide-shots with what they didn’t yet call mise-en-scéne. Lead Emil Jannings won the first Academy Award in 1929 (for two films!) and he is a powerful presence throughout, although, if we’re honest, his physique does not scream “trapeze” no matter how spectacular and important that skill is to the plot. The same can be said of co-stars Lya de Putti and Warwick Ward – Burt Lancaster they are not – but on the ground things rock and roll effectively enough. Ward is a great heel. 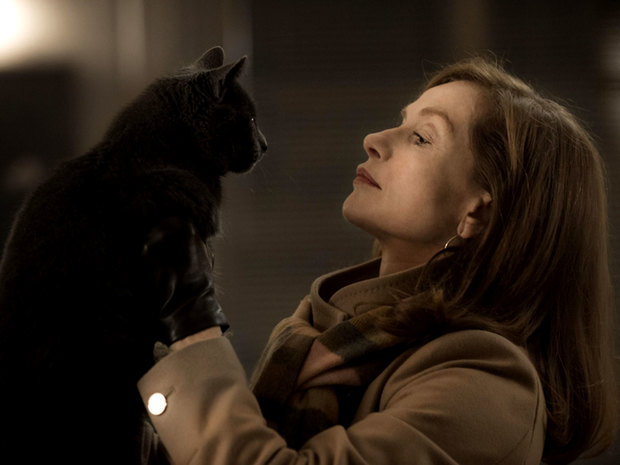 I first saw Isabelle Huppert in 1977’s The Lacemaker (on British TV as a child) and I’ve witnessed no career as astounding since then.

Fearlessness, ruthlessness, an icy sense of humour; all characterise her talent and all are on fearsome display in Elle, Paul Verhoeven’s new film. It’s a Verhoeven film to its boots – if you take Showgirls and Basic Instinct as your texts rather than Total Recall. Except Total Recall mucks around with memory and witness so maybe that fits in too.

Huppert is the owner of a video game development company who is raped during a home invasion at the beginning of the story. But her personal history persuades her not to call the authorities and relationships with co-workers, neighbours and family complicate matters further. The plot keeps you guessing – Huppert in particular keeps you guessing beautifully. Verhoeven loves games like these and, just as the filmmakers want, my companion and I debated this one all the way home to Silverstream.

But we weren’t debating morality or ethics, we were arguing about the story we had just seen. Did we even see the same story? Turns out, no. Both of us saw a different film.

Which is a kind of genius, wouldn’t you say?