My epic New Zealand International Film Festival in Wellington continued with what seemed like a marathon 11-films-in-five-days stretch. When I was a young man I could easily hack three to five films a day at festival time and keep all of them distinct in my mind’s eye. Now in middle-age I’ve had to abandon reviewing Assayas’ new collaboration with Kristen Stewart, Personal Shopper, because I slept through too much for it to make any sense. 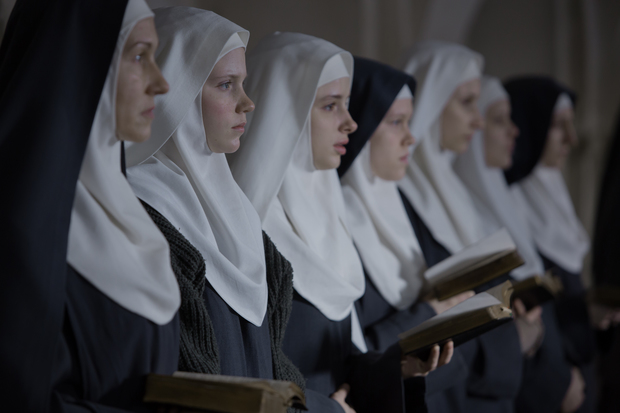 But I was impressed by Anne Fontaine’s The Innocents, at least until a happy-ish ending that seemed tonally out of step with what had come before. The story of a young Red Cross medic in immediately-post-WWII Poland discovering a convent full of nuns made pregnant by Russian soldiers, made me think more than once of Schindler’s List but this telling has a more glossy look about it.

A grittier version might have ended up being unwatchable though, as the barbarity of what these women went through was plenty affecting for me as presented. Through some wonderful performances and Fontaine’s slow unwrapping of the story (it’s her script in collaboration with Sabrina B. Karine, Alice Vial, Pascal Bonitzer and Philippe Maynial) you do feel held throughout which I was very glad of. 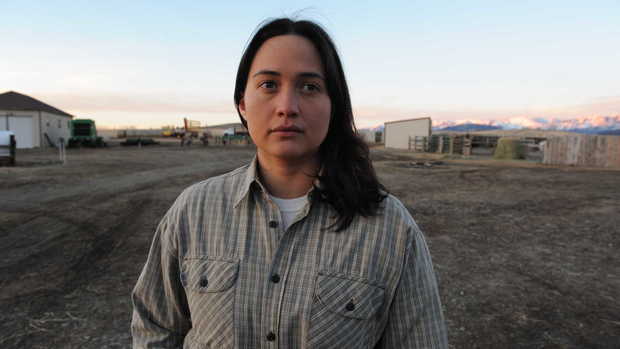 Kelly Reichardt is one of the greatest filmmakers working in the American vernacular today and I’ll stand on David O. Russell’s coffee table in my cowboy boots to tell him so. Her last film, Night Moves, took her in the direction of a thriller – there were even special effects – but she’s much more interested in the space between people than in being a slave to narrative. Certain Women is her new film and it’s an adaptation of three short stories by Maile Meloy. Why don’t more filmmakers mine short stories rather than novels? There is such richness and ambiguity to be found.

The three stories are linked only by being set in the same chilly part of Montana, around the small town of Livingston, and by lightly sharing the central characters across all three stories. Laura Dern is a lawyer unable to win compensation for Jared Harris’ wounded builder. Michelle Williams is building a house by the river with her husband, James Le Gros, but so far it’s only string marking where the walls will eventually go. And Lily Gladstone is a rancher who sits in on local community education classes for company and meets young lawyer Kristen Stewart.

The Lure makes it three films by female directors in a row, then, and they couldn’t be more different. Agnieszka Smoczyńska’s feature has the original Polish title Córki dancingu, which somehow seems more appropriate. A film that could have been made with Ant Timpson’s Incredibly Strange strand in mind, it reminded me of Romeo and Juliet: A Love Song (the barking mad Kiwi musical version set in Waipu Motor Camp) only with more vampires, mermaids and severed limbs.

It has an all too rare commitment to its own conceit that is absolutely winning and, as feature debuts go, there may not be another this year that is as distinctive.

So much Romania this year. Apart from the bickering and grieving family of Sieranevada, most of Toni Erdmann was set among the Euro-expats of Bucharest and now in Graduation we have a small town doctor, desperate for his teenage daughter to escape to a scholarship in London and slowly compromising all his principles in the process.

Writer-director Christian Mungiu has amazed this reviewer ever since his abortion drama 4 months, 3 weeks & 2 days almost ten years ago. 2012’s Beyond the Hills was another startling portrait of modern Romania – caught between a past that failed to serve its people and a materialist Euro-future that probably will fail just as badly. I’ve been a bit teasing about plot (or lack of) in some of these earlier capsules but Mungiu does story exceptionally well without the viewer ever really being aware that someone had to actually make it all up – you never see the strings being pulled – but at the end you have to marvel at the coherence of what you’ve just seen.

The New Zealand International Film Festival continues around New Zealand until 18 September. You can read Dan’s other festival diary entries at Widescreen.