One of the loveliest things about film festival season is that everyone you meet has had a different festival to you. Whether in person, or online, I am forever asking “what have you seen?” and hearing a dozen choices that for various reasons weren’t on my radar. 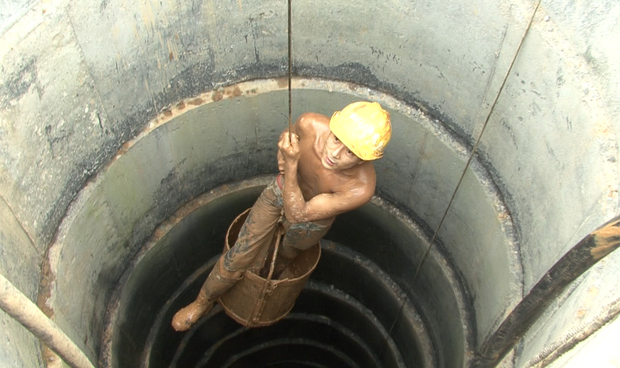 After the quite amazing The Chinese Mayor in 2015 (still to play in some film societies this year so seek it out), I have determined that I shall not miss any documentary about modern China. Last year’s film, about a progressive and ambitious local government official, determined to impose both modernity and a sense of history on a city that seems altogether too busy getting on with its own shit to be bothered with him, taught me a great deal about China – mainly that they don’t have their act together any better than we do despite a mysterious centralised planning process, and that their government’s capacity for breaking eggs in order to make omelettes is both ruthless and wasteful at the same time.

In The Road, director Zhang Yanbo proves once again that a persistent small crew of Chinese filmmakers can insinuate themselves into an organisation over time and reveal the truth behind the stage management.

We all know that China has been modernising at breakneck pace. From 2009, Yanbo followed a provincial roadbuilding company for nearly four years as they – under a semi-watchful but all-powerful state apparatus – attempt to build a four lane highway through unpromising country, with limited technology but seemingly unlimited human labour. The film is structured in chapters, each more amazing than the last, until at the end the managers of the company sit in their underwear watching the ridiculous pageantry of another Communist Party birthday on television and wonder aloud when the hammer and sickle on the Red Flag will be replaced by a banknote .

I’d love to visit China one day but there’s no way anyone’s getting me on any highway or bridge built after 2007 – according to the film 37 bridges have collapsed since 2009 – but we seem totally happy to be using their cheap steel on our own infrastructure. 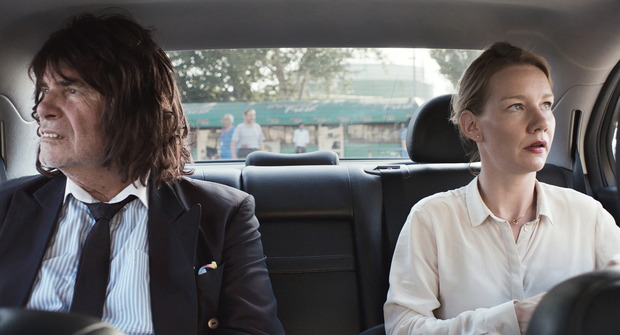 Peter Simonischek and Sandra Hüller on their way to another important business meeting in Toni Erdmann Photo: NZIFF

Maren Ade’s Toni Erdmann is everything the critics at Cannes said it was (and that the jury said it wasn’t). It’s a masterpiece. A masterpiece about family relationships; a masterpiece of dry, cringe-making humour; a masterpiece portrait of modern Europe; and a masterpiece showcase for two actors I’d never seen before and both are geniuses. (Neither are newcomers as such, they have credits coming out of their respective wazoos, but they are new to this reviewer and bless them both.)

Austrian actor Peter Simonischek plays Winfried – a semi-retired teacher with a deadpan sense of humour who seems a little lost (or bored). Sandra Hüller plays his daughter – ambitious and a bit lonely, a career woman working in Bucharest to try and seal a deal that will promote her to somewhere more exciting.

Winfried, at a loose end, arrives in Romania and – because there’s never a good time for your father to visit, especially when you are trying to seal a megabucks consulting deal with a global oil company – he’s a bit of an embarrassment. But that’s just the setup.

Winfried’s attempt to win back his daughter’s affections using the tools at his disposal – false teeth and indefatigability – and her own unravelling commitment to a career that colleagues don’t seem to take seriously, grow the audience’s affections and we end up loving them both as we would our own family.

Full of set-pieces you will never – ever – forget, Toni Erdmann is one of the best films of the century, so far. 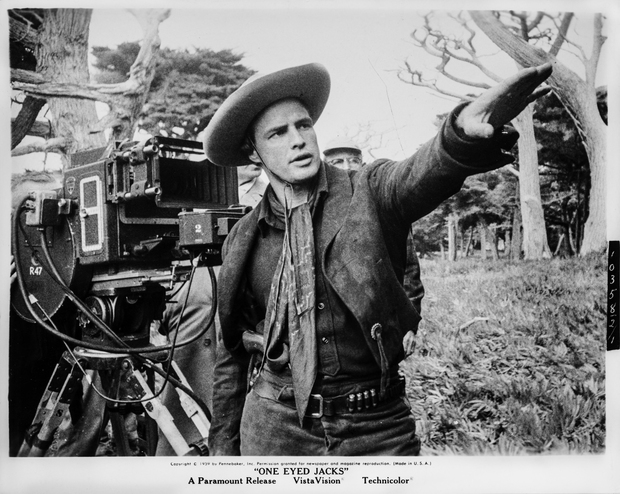 Not one of the best films of this (or any other century) but a fascinating artefact nevertheless, One-Eyed Jacks is, on the surface, a run-of-the-mill early 1960s Western off the studio production line, but is a curiosity for film fans as the only film directed by enigmatic star Marlon Brando (who took over production after young Stanley Kubrick was fired).

By this point, Brando was already paying very little attention to his career choices, taking jobs when he needed the money or wanted to visit a location, and his fingerprints are most obvious on this production when it comes to slapdash continuity, but a closer look reveals some interesting quirks.

Firstly, it reunites Brando with Karl Malden, with whom he starred in A Streetcar Named Desire and On the Waterfront (nine and six years earlier, respectively). Secondly, it showcases his masochism as an actor – he seemed never happier than when he was having the crap beaten out of him. Thirdly, as a director he seems much more interested in his background characters than himself – an extended sojourn to a Californian village inhabited by Chinese fishermen gives him a chance to show off how much he cares about the marginalised and the seldom-seen. And fourthly, it seems to have been quite an influence on Eastwood’s Unforgiven, with Malden’s crook-turned-sadistic-sheriff reminiscent of Gene Hackman.

And fifthly, Brando’s character is called “The Kid” throughout and Malden’s character’s name is “Dad”. Now, if you know anything about Brando’s childhood, that should set the Freudian cat among the Jungian pigeons.

But none of that makes it a very good film.

I’ll pause here, because we’re almost at a thousand words (and because the next run of women-directed films deserve to be considered together).

The New Zealand International Film Festival continues around New Zealand until 18 September. You can read Dan’s other festival diary entries at Widescreen.