After the opening weekend of the film festival in Wellington, I am pleased to report that the state of the cinematic union is strong. Eight films in so far and all with plenty to recommend them. 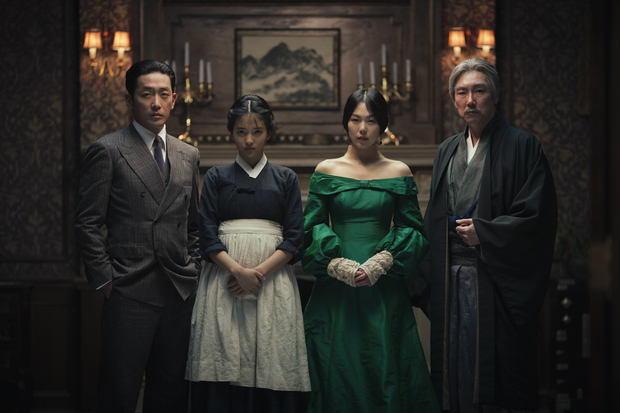 The First Monday in May

A little bird tells me that Andrew Rossi’s The First Monday in May is scheduled to return to general release in September (although nothing in film is guaranteed these days) so I’ll hold off on detailed comment until then, but suffice to say for now that if you’ve ever been involved in event management the scale and stress of throwing a party this size will give you nightmares for weeks. The Metropolitan Museum of Art only closes for three days a year and one of those is to allow the biggest party in New York – celebrating the opening of the Costume Institute’s annual exhibition – to be put together in less than 24 hours.

Generating tension in this kind of ‘putting on a show’ film shouldn’t be too difficult and Rossi succeeds in spades, while also discussing the role of costume and fashion as art and Western appropriation of Chinese culture. If there’s a fault anywhere in this engrossing documentary it’s that there are three films here fighting for prominence and I would happily have watched all three.

Heart of a Dog 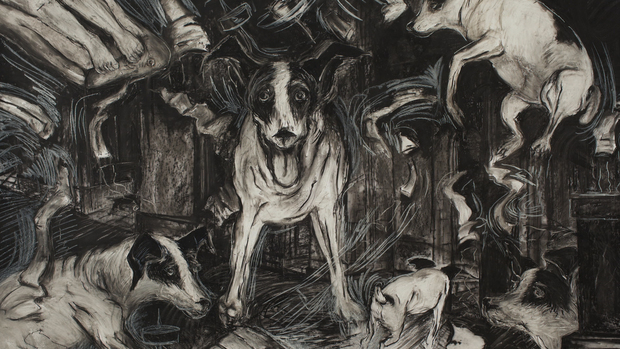 One of Laurie Anderson’s paintings of her dog Lolabelle from her film Heart of a Dog. Photo: NZIFF

Performance artist and composer Laurie Anderson’s first feature film Heart of a Dog was surprisingly moving – emotionally as well as intellectually provocative. An extended essay on loss and grief, it blends autobiography, unexpected spirituality, civic politics and art in a package that landed heavily on me throughout.

As someone who has always been in complete denial about my own mortality, Anderson’s stories of the animals and people she has lost and how their deaths were was profound. If I’m ever ready to let that topic into the intimate and personal sections of my brain, Heart of a Dog will be a text that I will come to rely on, I’m sure.

Most audiences will be aware going in that Anderson’s life partner Lou Reed passed away in 2013 and his absence casts a shadow (if that’s even possible) over the film, only becoming palpable near the end. There’s a fleeting glimpse of the couple on a beach – not two New York rock legends, just old people sitting on the sand together.

Park Chan-wook’s The Handmaiden sees him return to Korea after a brief and unsatisfying sojourn into the English language with Stoker in 2013. There’s no director working currently that exercises the same degree of control that Director Park does. Kubrickian levels of control. His source material is catholic – a 2002 novel called Fingersmith by Sarah Waters, already adapted by the BBC back in 2005. Park has transported the story from Victorian England to Japanese-occupied Korea occupied during the 1930s and that clash of cultures infuses an already complex set of relationships which he then complicates even further by messing with flashbacks and forwards. 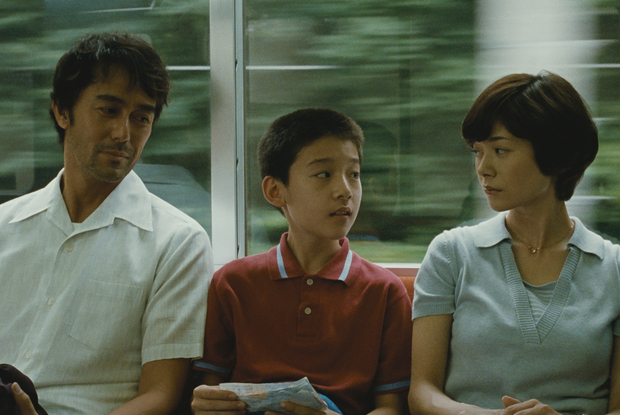 Modern Japanese master Kore-eda Hirokazu is firm favourite of this reviewer and, luckily, a favourite of film festival programmers. His latest – arriving while his lovely Our Little Sister is still in cinemas – is After the Storm in which a deadbeat dad attempts to reconnect with his son and ex-wife despite a gambling addiction and a general disconnection with the real world. Like an earlier Kore-eda family drama, Like Father, Like Son about children accidentally swapped in a maternity hospital, in lesser hands the topic would end up dripping in cliché, but he has such a sure and subtle hand that freshness is guaranteed.

It’s a remarkable skill, to be able to fill a film like this with tiny domestic and cultural details that illuminate and fascinate and then have those details be important to tying up the plot, too. One day, cinemas and festivals will screen Kore-eda retrospectives and they’ll be adored and admired like those of Ozu.

Errol Wright and Abi King-Jones’ The 5th Eye is a documentary about the very Kiwi protest at Waihopai in 2008 which resulted in damage to our main electronic spy base and a consequent court case that directed even more attention to our security relationships – much to the discomfort of the governments of the day.

Wright, King-Jones and their collaborators including journalist Nicky Hagar and Vanguard Films’ Al Barry, make no bones about this being a partisan documentary but when the object of your film won’t engage in debate (except through well-chosen and often hilariously awkward archive footage) what can you do?

Like real life, the film loses momentum and focus during a diversion into Kim Dotcom’s infamous “Moment of Truth” event prior to the 2014 election, although in general the weaving of the various strands is done with admirable clarity.

A Touch of Zen 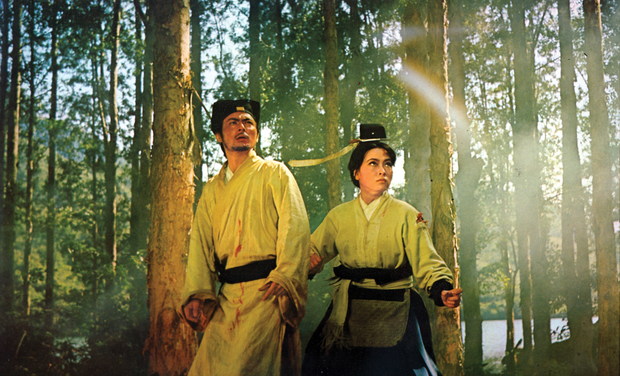 King Hu’s legendary Taiwanese martial arts epic A Touch of Zen has been restored with funding assistance from its leading lady (understandably – she looks amazing) and the chief pleasure for this reviewer was in identifying where I’ve seen its influence – most recently Kung Fu Panda 3 if I’m not mistaken.

Unlike many early digital restorations, the film grain has been left intact – the image is positively swimming in little analogue tadpoles – so it’s as close to the original celluloid experience as you can get. Taken out of historical and cinematic context, however, and treated as a piece of entertainment, this really wasn’t my thing, especially the Jodorowskian final scenes which I couldn’t get my head around at all.

Lo and Behold: Reveries of the Connected World 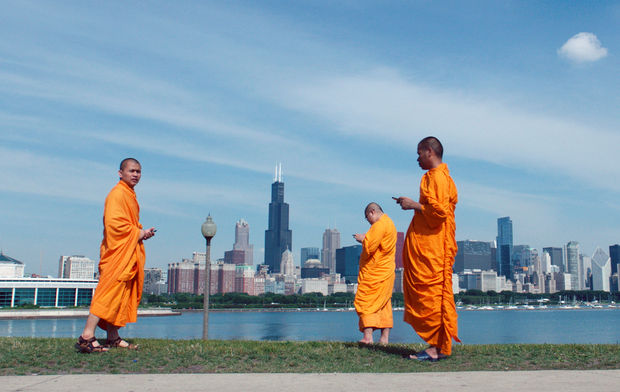 History will record that Lo and Behold: Reveries of the Connected World is only minor Werner Herzog but the internet that is his subject will also ensure that the film will be preserved and available to generations of future viewers. Possibly even free of charge if the illicit downloading services that drive so much ’net traffic have their way.

Broken up into pseudo-biblical chapters, Herzog’s film only really scratches the surface of the technical and communications revolution that is transforming life on Earth. Could easily be a series for television, I reckon. Billionaire nutbar Elon Musk, for example, deserves a film of his own.

Lo and Behold made a striking Sunday double feature with Molly Reynolds’ Another Country, a film about a society that the internet is having almost no impact on whatsoever. After basking in the opinions of (mostly) educated white men, talking about how exciting this brave new virtual world is going to be, where telepathy is likely to be technically feasible, visiting with the remote Aboriginal settlement of Ramingining at the top of the Northern Territory is quite the culture shock.

For this mix of clans and languages – a mix enforced by a patronising federal government that has a funny idea of what constitutes self-determination – only the destructive aspects of the modern world seem to have touched them. Co-written and narrated by the actor and activist David Gulpilil, the film saddens rather than enrages. How is it that a state can even sanction a situation like this, let alone actively sustain it?

There are a few positives. Young Raminginingers vigorously playing sport and performing a unique blend of traditional and hip hop dance gives us hope that maybe future generations of aboriginal people will be better equipped to follow Gulpilil’s advice that in order to survive they have to do better at living in the white fella’s world while preserving as much of their own culture as possible.

The New Zealand International Film Festival continues in Wellington until Sunday 7 August and in other centres until 18 September.