Widescreen’s best of the web (20 May) 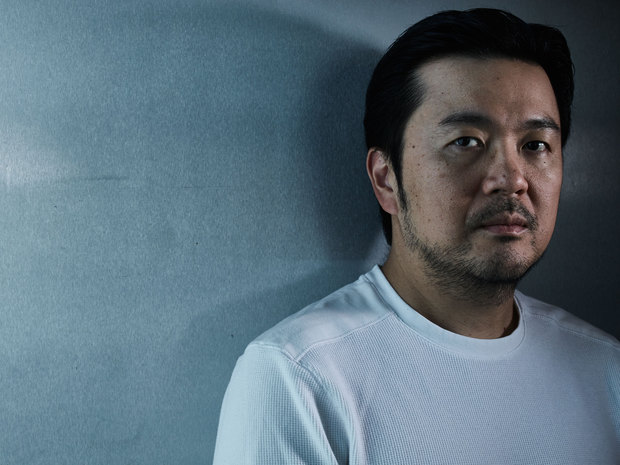 Wired magazine profiles the prodigious Justin Lin – saviour of franchises and tireless promoter of diversity in Hollywood – as he prepares to unleash the new Star Trek feature on a sceptical public. From his parents’ fish and chip shop in the shadow of Disneyland to a growing multimedia blockbuster empire, Lin is a much more interesting character than we at Widescreen had appreciated up to now:

“The franchise was at a point where we were talking about going direct to video,” former Universal executive Jeff Kirschenbaum says. Lin first turned it down because the script, set in Japan, included clichés of geishas with white studs.

Instead, Lin pitched a fresh vision of a Tokyo that was defined more by familiarity than difference: a global youth culture united by hip hop, street fashion, and speed. The studio gave Lin just two months to prep, but he delivered an underbudget action film with spectacular stunt work: beautiful shots of import cars speeding and gliding through parking lots. Instead of pandering with tokenism, Lin flexed his natural feel for diversity—and brought back Sung Kang’s Han, Better Luck Tomorrow’s understated, handsome rebuke to Hollywood’s racist Asian retinue of inscrutable villains and sexless sidekicks.

Critics and executives have been telling us for a few years that we are in a new golden age of television but there are now so many scripted shows in production – and so many outlets prepared to gamble on whole seasons of new shows – that the golden egg may already be overcooked. Josef Adalian and Maria Elena Fernandez for Vulture report on an industry that is experiencing major speed wobbles:

The explosion in scripted TV, and particularly the rise in good TV, has logically resulted in a surge of opportunity for many members of the Screen Actors Guild. “It’s a fantastic time to be an actor,” says a partner at one of the major Hollywood talent agencies. It used to be around this time of year, as the broadcast networks revealed their new schedules, that agents would call up their clients with one of two messages: “Congrats, your pilot just got picked up to series!” or “We’ll try to get you another role next January.” The former calls have still been going out this month, but TV’s production boom means pilot season has become almost an afterthought for actors. “It’s irrelevant,” the agent says. “I looked at my pilot casting grid last October and there were, like, 85 projects casting. The same grid eight years ago? There might have been, like, ‘They’re adding a new regular to Criminal Minds,’ or there’s an episodic arc on some show available. Now there are literally ten Netflix shows casting … It’s amazing for almost everybody.”

Has there been any mainstream film in recent times that has provoked such high quality – serious – critical examinations than Magic Mike XXL? At Oscilloscope Labs, K. Austin Collins compares it to Gene Kelly’s classic An American in Paris and discusses the film’s attitude to pleasure, expression and race:

XXL, by contrast, emphasizes the intimacy between performer and performed-upon. Even our sense of the sizable crowd, in the final performance, is mitigated by those vast swathes of women being anonymized by darkness. We’re here to see our heroes consummate their desires. The critical consensus has been that XXL is an unabashed appreciation of adult desire, which is true, and of women’s desires in particular, which is almost false. When the mens’ acts change—from firefighters, ranch hands, and construction guys in the first film to acts reflecting some specific aspects of their own personalities—they swerve, literally, from depictions of work to depictions of pleasure, with pleasure, in this instance, being the joy of self-love and invention. XXL is not so much a film about what women want, even as the men at its center take an interest in pleasuring women, as it is an odyssey with artists at its center, a series of expressive challenges disguised as a linear journey. The challenge set before its heroes, whether in the form of making a woman smile or of making long-overdue amends with past lovers and friends, is this: express yourself. Express your self.

The legendary actress Anna Karina – famously muse to and collaborator with Jean-Luc Godard in eight films – has been in the public eye recently as she made a rare trip to the U.S. to present screenings of some of their films together. Here she talks to Glenn Kenny of the New York Times:

The Godard-Karina relationship was famously tumultuous. She told a dizzying story of the pair’s embarking on an impromptu road trip to the South of France: “Maybe I didn’t understand Jean-Luc exactly. There I was thinking we’d have a nice holiday in the South of France; about 200 kilometers in, I look at him and say, ‘You’re not happy.’ And he says, ‘I’m not unhappy, I’m just a little disappointed, I canceled a meeting with Truffaut in Paris.’ So he turns back. And after 100 kilometers, he looks at me and says ‘You’re not happy,’ and he turns around again. And so it goes.”