Home Video: Our Brand Is Crisis and Truth review

Two new films abut politics fail to capture what makes the topic so fascinating... and entertaining. 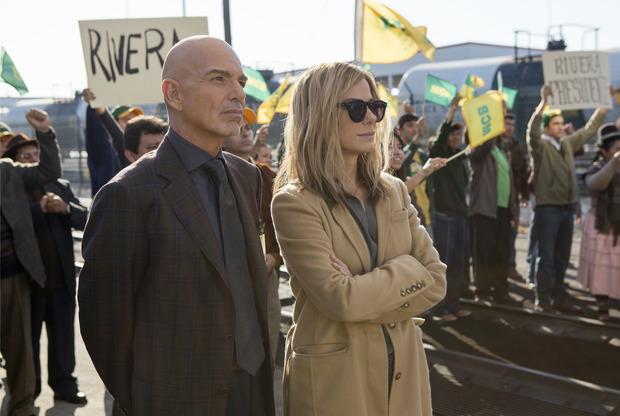 Billy Bob Thornton and Sandra Bullock fight each other for Bolivia’s political soul in David Gordon Green’s Our Brand Is Crisis Photo: Roadshow

It’s not often that two films with big name stars and serious intentions go straight to home video but that was the case recently with the Sandra Bullock vehicle Our Brand Is Crisis and the Cate Blanchett and Robert Redford drama Truth. As someone who has been fans of all those actors, I was intrigued to discover why the two pictures had bypassed our cinemas.

Are these Blu-rays evidence of what some commentators suggest is a dumbing-down of New Zealand cinema-going, with only the biggest (and smallest) films making it to the big screen?

The answer, to my chagrin, is “No, actually.” It does rather look as if the local distributor triage system – where early US reviews and box office figures indicate the potential for local business – has done its job successfully this time. 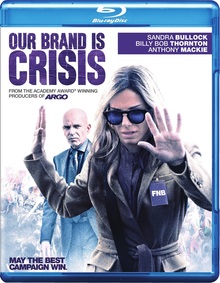 Both films are strikingly similar and, in fact, start the same way – the central character being interviewed in order to open up a series of flashbacks. In Our Brand Is Crisis, Sandra Bullock is a political strategist on the skids, given a shot at redemption in a Bolivian presidential election but realising that she’s working for the wrong guy – although too late for her newly discovered conscience.

Produced by the left-leaning team of Participant Media with George Clooney and Grant Heslov (Clooney was at one point slated to direct), OBIC takes a broadly comedic tone, laughing at the backward Bolivians when it isn’t gently patronising them. Bullock seems uncomfortable as the dislikeable “Calamity” Jane Bodine and only Billy Bob Thornton as her James Carville-like opposition looks like he is enjoying himself. 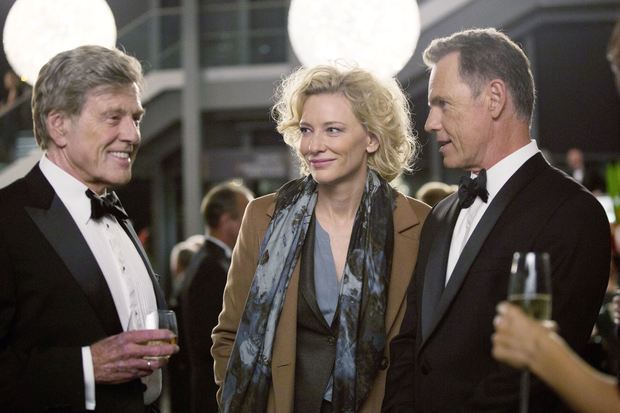 Carville himself rose to general fame thanks to the brilliant Clinton campaign documentary The War Room and his colleague from those days – and now media political commentator – George Stephanopoulos makes a brief appearance as himself in Truth, another product of what some might call the Hollywood liberal elite. 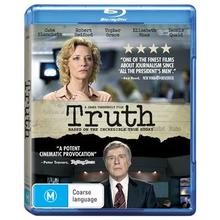 It’s also based on a true story, one that most New Zealanders will have long forgotten about. In 2004, during the campaign to re-elect George W. Bush to a second term, CBS 60 Minutes producer Mary Mapes (Cate Blanchett) gets a lead on a story that was like the Holy Grail – proof that Bush had bought his way into the Texas National Guard to avoid going to Vietnam (and then hardly ever showed up for work once he’d enlisted).

Mapes and her team – pushed by CBS commercial concerns and their own desire to scoop the opposition – go to air too soon and their crucial evidence proves to be phony. The eventual scandal ends her career as well that of respected but crusty news anchor Dan Rather (Redford). The film – like the book it is based on – is another opportunity for Mapes to try and prosecute Bush and defend her reputation, but the story itself does the opposite.

It’s clear that they failed to adequately check those fake National Guard memos but they – and, sadly, Rather is complicit in this, even on the DVD extras – continue to insist that we see the bigger truth rather than those persnicketty details, forgetting that if we can’t trust the details we can’t trust any of it. Even if we really, really want to.

So, Truth should have been called Trust and should have been a very different film – one that asked who it was that wanted to sell these respected journalists a hospital pass in the first place.

Both Our Brand Is Crisis and Truth are available on home video and digital via Roadshow Entertainment. RRP is $34.99 for the DVD and $39.99 for the Blu-ray.

Our Brand Is Crisis trailer