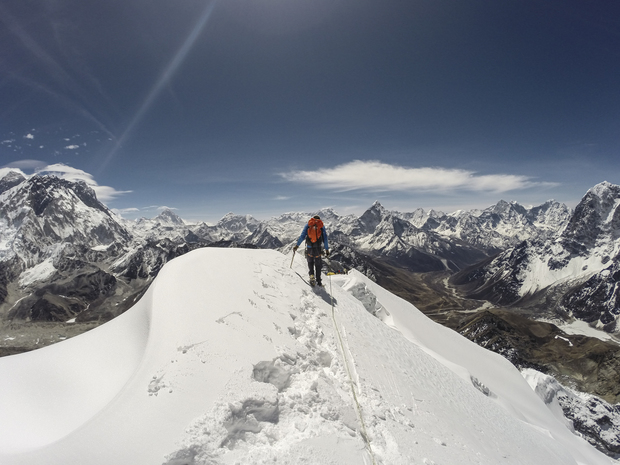 It costs an average of $75,000 to climb Everest. That’s on an officially licensed guided tour,  so some of that money goes to the Nepalese Government as a royalty, but very little is returned to the hundreds of workers who risk their lives every season carrying the gear and consumables that the average Westerner needs in order to summit. After watching Jennifer Peedom’s majestic documentary, you might come away thinking that Sherpa is the Nepalese word for “exploited”.

Everest tourism has grown considerably since pioneer Rob Hall lost his life with seven others in the fateful 1996 climb that inspired the recent film Everest. By 2014, around 600 people were reaching the peak in a climbing season that – for safety reasons – was only a few weeks long.  But the boom in visitors, the huge risks taken by Sherpas that serve them (often climbing through the night, for cripes’ sake), their growing exposure to the outside world through social media; as well as a newly-democratic political environment, have served to radicalise the local guides to the extent that goodwill was stretched to breaking point. In 2013, perceived disrespect from tourists resulted in a small riot at Base Camp with punches and stones thrown.

Australian documentarian Jennifer Peedom, herself an Everest veteran and long-time supporter of the Sherpa community, took a crew to the mountain for the 2014 season to find out what was up. What they saw was the most shocking accident in Everest history – 16 Sherpas carrying gear across the treacherous Khumbu Icefall were killed by a huge block of falling ice. Peedom’s cameras continued to roll at Base Camp, documenting the rescue (and eventual recovery) effort. And then the fallout. The world of commercial Everest expeditions, and possibly the world of adventure tourism, would never be the same. 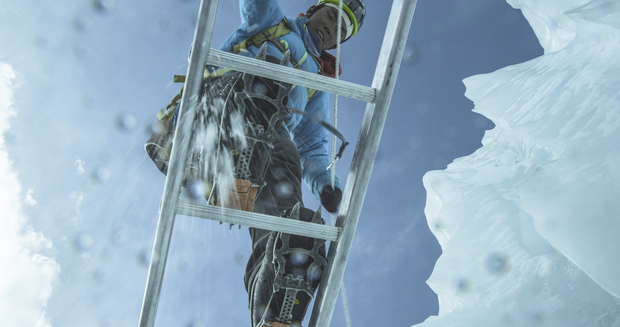 You have to cover the background to a film like this in a review because it’s important to understand why Peedom was there. Nobody was expecting that tragedy but thanks to her presence we also get to see the ugly underside of the adventure tourism business, the keen sense of entitlement on the part of the ‘one percent’, some of whom have attempted this summit multiple times and who are now very much about getting their money’s worth – no matter what the actual cost.

We also see the manipulation and dissembling on the part of the operators, whose own livelihoods are at stake and whose professed respect and admiration for the Sherpas is stretched when it comes into conflict with their well-heeled clients. Nobody, it appears, wants Sherpas to die but, if someone has to they would rather it was them.

Even the Nepalese government, flown in to try and calm the situation, appears to be more interested in preserving the golden egg-laying goose than looking after the interests of its people.

Through it all, Peedom’s camera never lets the audience forget the quiet dignity of the guides and their families, each knowing that economics requires that their fathers, their brothers and their sons might not return. That they carry their nation on their shoulders as well as the rich man’s beer.

Norbu Tenzing, son of Tenzing Norgay who climbed Everest with Sir Edmund Hillary, spoke to Kathryn Ryan on Nine to noon about his unique perspective on the work of the Sherpa:

Sherpa producer Bridget Ikin spoke to Lynn Freeman on Standing Room Only about the surprise twists that the film took during production: