Hungarian Holocaust drama Son of Saul is a disturbing mix of harrowing and distancing and both approaches are upsetting. 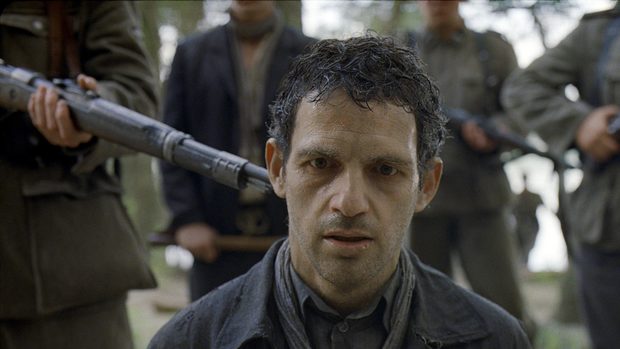 Despite its recent Best Foreign Language wins at both the Golden Globes and the Academy Awards, I approached Son of Saul with trepidation.

As I get older, my tolerance for trauma has diminished, to the extent that both of Josh Oppenheimer’s acclaimed documentaries about Indonesian genocide – The Act of Killing and The Look of Silence – are on my “I know these will be good but please don’t make me watch them” list. The Holocaust, of course, has spawned a great many films, from masterpieces like Schindler’s List to less successful titles like the Robin Williams vehicle Jacob the Liar.

Attempts have even been made – to mixed success – to make the story palatable for young audiences with Mark Herman’s The Boy in the Striped Pyjamas in 2008. The problem for me now is that I know I'm likely to be traumatised and, frankly, I'd rather not be. But the gig demands that I submit, so here we are.

The film that Son of Saul has been compared with most often is actually a documentary, Claude Lanzmann’s 1985 nine-hour epic Shoah, an epic work of scholarship and a major contributor to my nightmares. Is it possible, after all this time, for a film to tell us something new about that horror? Do we still need to be reminded of Nazi crimes when the world we live in has found plenty of fresh and more urgent atrocities to be dealt with?

The answers are “yes” and “yes” but Son of Saul is a troubling entry into the canon, haunting but unsatisfactory, brilliantly made but problematic in conception.

Set in Auschwitz-Birkenau at the closing stages of WWII, selected Jewish prisoners provide logistical support to the Nazi guards. (They were known as the Sonderkommando or “keepers of secrets” and had a life expectancy only weeks longer than the unwitting prisoners they were herding to their deaths.)

Saul Ausländer (played with commendable focus and deep wells of intensity by poet and teacher Géza Röhrig) discovers that a boy has somehow survived the gas chamber, a boy he thinks he recognises. The Nazi doctor quickly expires whatever life was left and demands an autopsy.

For the next 24 hours, Saul, against all good sense, attempts to find a rabbi who can prepare the body for burial and ascension to heaven – unlike the thousands of other victims who would receive no such relief. The quest takes him through every part of the Holocaust machine – the gas, the corpses (or “pieces” as the Nazi jargon would have it), disposal of the belongings, shovelling coal into the furnaces, shovelling ash into the river.

The horror is unrelenting but first-time director László Nemes uses a shooting style that on one hand makes the horrors more palatable for an audience but also diminishes the lives of those background characters. By focusing so intently on Saul – to the extent that almost the entire film is one big shallow focus close-up of him – the audience is encouraged to identify with him but almost everything else about his story does the opposite.

While Saul is on his dangerously quixotic quest to bury the child, a group of other prisoners – sensing the increasing urgency of their overlords towards these industrialised war crimes – have made plans to rebel and escape. Saul not only chooses not to help his fellow prisoners but, in fact, his obsession gets in their way.

Perhaps, this is the message of the film – that the Nazis have taken his sense of humanity but not his faith. He will sacrifice untold others (they are already dead, he says) in order to save one soul. If that’s true, it’s an uncomfortable message to leave the cinema with.

More on Son of Saul

Simon Morris reviews the film for last week’s At the Movies:

Son of Saul duration 4′ :23″
from At The Movies
Add to playlistPlaylist
Download
Son of Saul

The film gets five stars from Peter Calder in the NZ Herald:

An often gut-wrenching work of precocious mastery, it's as close as the cinema has ever been to the middle of the Holocaust. If you can bear it, you will not soon forget it.

Jaymes Durante at 4:3 appreciated the film rather more than I did. (Nice footnote formatting on the site by the way.)

I can’t quite comprehend those who see the movie as a thriller, arousing heart-racing excitement through its structural tensions. This approach brazenly shoehorns Son of Saul into a genre framework, which says more about certain modes of criticism than it does about this particular film.