Widescreen’s best of the web (19 February) 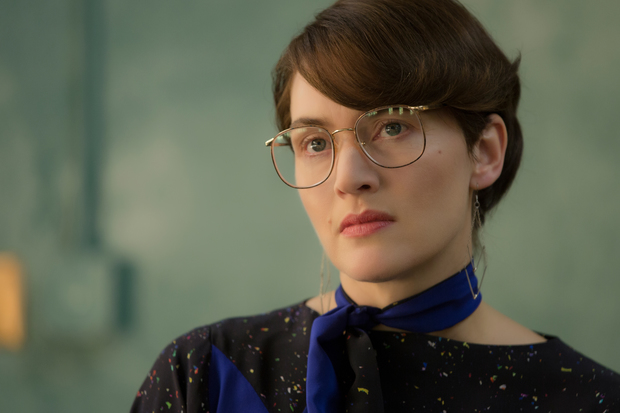 The accent coach has become one of the most sought after people in Hollywood, as the Telegraph’s Robbie Colin reports:

When actors use their own accents to play characters from other countries, as Tom Cruise more or less did when he played Hitler's would-be assassin Claus von Stauffenberg in Valkyrie, people get very upset. When they put on different accents, as Tom Hardy did in the Soviet Russia-set Child 44, people get very upset too.

And if that accent happens to be even slightly off-key - well, good luck getting viewers to talk about anything else. Anne Hathaway's haphazard Leeds burr dominated coverage of the romantic comedy One Day, as did Russell Crowe's Michael Parkinson impersonation in Robin Hood. For film critics, bad accents are low-hanging fruit. But they're too juicy to resist.

Widescreen was very fond of David O. Russell’s most recent film, Joy, late last year but has always wondered what the original script – by Annie Mumolo (Bridesmaids) – was like. Now, Kate Aurthur from Buzzfeed can tell us the truth, and it may alternately enrage and enthral you:

If the story of inventing a mop ultimately feels small or domestic or otherwise inconsequential, of course that could have been true. Then again, maybe that’s an intrinsically fucked-up view of how we belittle women’s stories when we can easily watch Mark Zuckerberg talk about Facebook in The Social Network or Don Draper think up ads for seven seasons on Mad Men without wondering whether men’s creations are big enough to be worthy of our attention.

Of special interest to review sites such as ourselves, the news that Rotten Tomatoes (and sister site Flixter) have been acquired by online ticket seller Fandango is interesting. Aggregators like RT and Metacritic have become crucial in supporting consumers make quick decisions about films to watch but have seen the scene become increasingly US-centric, especially since Rotten Tomatoes closed its Australian arm a couple of years ago.

(Widescreen is working towards becoming accredited for Rotten Tomatoes but it is a burdensome exercise to say the least.)

David Milch made $100m as the creator of television’s NYPD Blue and Deadwood and then lost it all at the track. Stephen Galloway and Scott Johnson found out how for the Hollywood Reporter:

Handicapping is the process by which odds are analyzed in a way that improves the chances of winning. You can, for instance, make what's called an "exotic bet," in which you guess which two or three or four horses will be the first to cross the finish line and in what order. The formation of these exotic bets was the subject of the first scenes of Luck (his 2011 HBO series starring Dustin Hoffman), which Milch once described as his "love letter" to horse racing. Perrotta says they came directly from his experiences with the writer.

One acquaintance familiar with Milch's gambling habits describes a man who couldn't stop betting once he got started: "He was crazy. He'd bet thousands and thousands of dollars. He'd bet every race." Multiple people note that he was a regular at Santa Anita as well as at Hollywood Park, which ceased operation as a racetrack in 2013.