Carol is the greatest achievement of Todd Haynes’ career to date and Dan Slevin thinks he knows why people love it so. 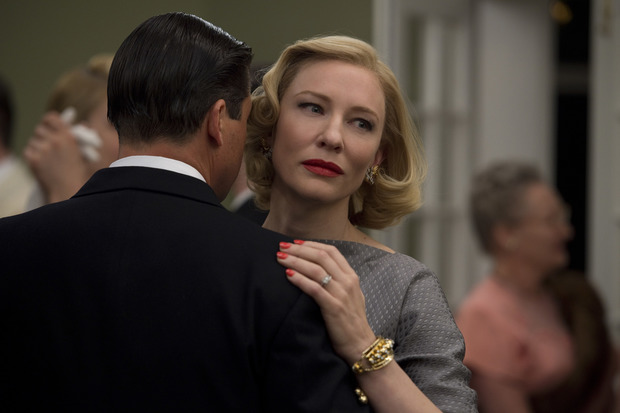 Somewhat overshadowed by the celebrity presenter’s flounce/hounding from Twitter overnight, for many the scandal of this year’s Bafta awards was the ‘snubbing’ of Todd Haynes’ Carol – eight nominations and not a single victory while Alejandro González Iñárritu’s The Revenant picked up Best Film as well as Best Actor for Leonardo DiCaprio and Best Director for Iñárritu.

The emotional fallout is understandable. Carol is a film that positively demands that viewers fall in love with it. It is sensitive, caring and subtle. It draws you in, the way a very personal relationship can do, and makes you feel as if the only person feeling these feelings is you, right now.

The film is an adaptation of an early novel, The Price of Salt, by Patricia Highsmith, most famous for psychological thrillers like The Talented Mr Ripley and Strangers on a Train. Highsmith published the novel under a pseudonym in 1952, largely because the story was about a lesbian affair (with the added stress that it had elements of autobiography too). Highsmith had been undergoing therapy for years to try and live happily heterosexually – without much success.

The story is set in 1950s New York City. Therese Belivet (Rooney Mara) is an aspiring photographer working in a department store for Christmas season. (Interestingly to me, if no one else, is that she is the third character this awards season to work behind the counter of a department store.) Well-dressed and sophisticated, Carol (Cate Blanchett), purchases a train set for her young daughter but leaves her gloves behind, hoping that might allow the two to meet again. Sure enough, Therese returns the gloves which in turn allows Carol to open up a careful series of conversations over cocktails and cups of tea,

So far, so restrained, but with good reason. Carol’s marriage is ending in an increasingly acrimonious divorce and anything like a lesbian relationship – and this would not be her first – would be grounds to lose custody of the child. Therese and Carol take gentle steps toward each other, not consummating the relationship until a long road trip across the country to escape a lonely New York Christmas – an act that, sure enough, brings the disaster that they feared. 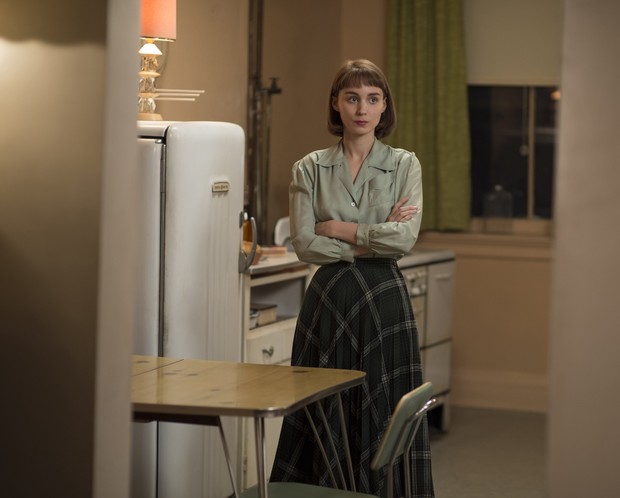 Haynes, and his production team (including Edward Lachman’s grainy 16mm photography, Judy Becker’s production design and Sandy Powell’s superb costumes), manage to magic up snowy 1950s Manhattan as if the camera itself had travelled through time – it’s actually Cleveland but you would never know. This is a film that could easily have descended into melodrama but instead floats.

If I’m being fair, I’d have to say that Carol – for all its strengths – did not claim a permanent place in my heart but I can totally see how for many people it would. For this reviewer, perhaps it was all that snow or maybe it was the sense that I’d seen this version of Blanchett once too often.

But I think I know why people love it so – it’s the surprisingly happy and ever-so-satisfying ending. We’ve been conditioned for so long to see love like this punished that the conclusion comes as a beautiful relief as well as release.

[Correction: The first version of this review stated that the train set was bought for Carol's son when in fact it was for her daughter. “Probably wouldn't matter in another film, but quite an important distinction in the context of this one,” says my informant.]