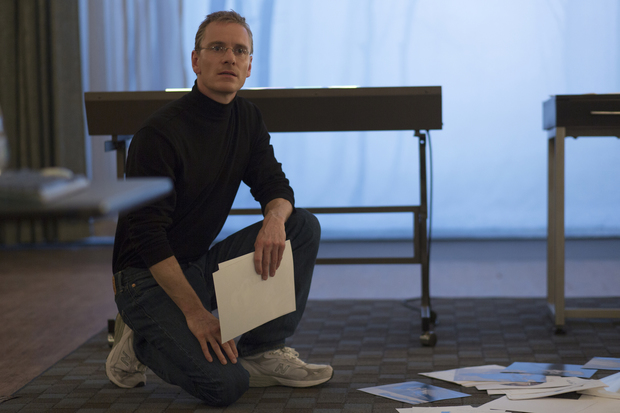 The first thing you need to know about Steve Jobs is that it’s basically theatre.

Director Danny Boyle started in theatre. Screenwriter Aaron Sorkin started in theatre. And despite being produced by one of the biggest movie studios in the world, and being about the late leader of the second biggest corporation on the planet, the film itself is a brilliant stage show. And that’s good.

The second thing you need to know about Steve Jobs is that it isn’t really about Steve Jobs. At least, it’s not really about the real Steve Jobs. Sorkin and Boyle have taken the idea of Jobs, inspired by a few events plucked from Walter Isaacson’s much maligned best-selling biography, and made a brilliant film about a flawed tycoon. It could have been called Citizen Jobs and I wouldn’t have complained.

Indeed, so closely does it hew to Mr. Sorkin’s usual concerns and obsessions, the film might easily have been called Aaron Sorkin. And I probably wouldn’t have had a problem with that either.

Ever since my first exposure to Sorkin’s trademark verbal pyrotechnics in A Few Good Men back in 1992, I have been a fan of his ability to create brilliant characters who are just that little bit better than we are but not so much that we can’t aspire. Martin Sheen’s Jed Bartlet – the President we wished we could have. Jesse Eisenberg’s Mark Zuckerberg – the single-minded Facebook founder we imagine. And my favourite, Philip Seymour Hoffman’s Gust Avrakos – the principled kind of CIA agent we hope is looking after us from the underrated Charlie Wilson’s War.

But back to the theatre. Steve Jobs is a three act play with each act set backstage at an important product launch, each representing a critical period in Jobs’ life – the launch of the Macintosh in 1984, presenting the NeXT computer in 1988 as a kind of Valentine to the Apple that broke his heart and finally, the unveiling of the iMac to hundreds of adoring fans ten years later. Michael Fassbender, who ably plays the character of “Steve Jobs” rather than simply impersonating the man himself, turned up to the first table read of the script having learnt the entire thing by heart which is a very theatrical thing to do.

And, like a great stage play, the same characters reappear in each era, making it clear to the audience how Jobs’ fortunes ebbed and flowed as well as characterising the changes in the tech industry and technology itself. The MVP in the supporting cast is the brilliant Kate Winslet as Jobs’ loyal PR sentinel Joanna Hoffman, realising that parenting advice is what Jobs needs rather than publicity, but everyone is terrific. 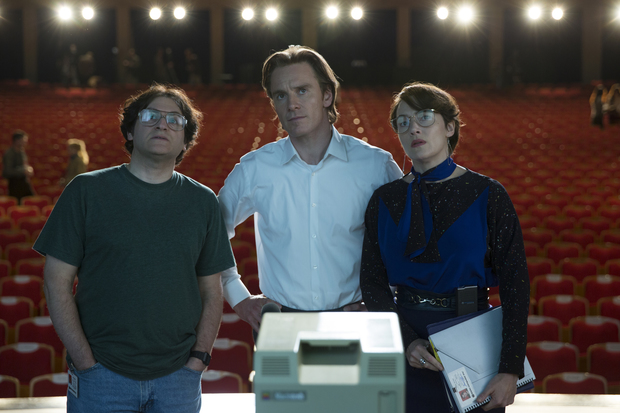 Jobs’ painful journey from paternity denial to some kind of acknowledgement is the emotional thread running through the film and it’s the reason why Steve Jobs isn’t a film about widgets.

Boyle’s own trademark visual flourishes are largely kept in check because the dialogue and performances do the heavy lifting but it would be a mistake to think that the film wasn’t directed. After all, maintaining an audience’s interest through scene after scene of people walking and talking is no easy task and I can tell you my interest was well and truly maintained throughout.

The official movie trailer for the film: