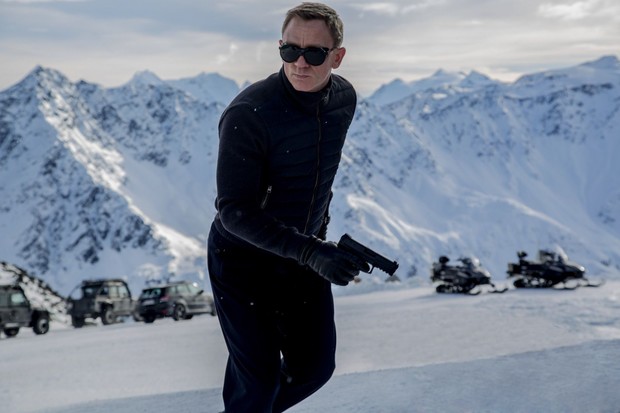 Possibly the most esoteric topic but, to a small sub-set of film fans, one of the most interesting: Nicola Mazzanti (guesting at Observations on film art) on how we can project silent films at the correct speed in the digital age:

There is strong, albeit anecdotal, evidence that projectionists in the silent era were encouraged to crank different sections of a movie at different speeds. Cues in some musical scores suggest that sequences may have been slowed or speeded up. Projectionists may also have chosen to accelerate chases and battles or slow down love scenes. But there’s no way to know to what extent this manipulation was a common practice.

On a slightly less highbrow topic, here’s the Guardian’s Spectre-induced profile of Daniel Craig (Widescreen’s pick for best Bond and we should know. We’ve just re-watched them all):

Rather than passively accepting the Bond role, Craig took control of it. He recognised Bond’s credibility problem in the 21st century movie landscape, especially in light of the Bourne films, not to mention the Pierce Brosnan ones. Stuntmen attest to how Craig throws himself into the action more than he needs to. He spent weeks with costume getting the right suit tailoring, and his reading of the character restored Bond’s manly pugnacity but ditched the dated chauvinism. He recruited Sam Mendes to direct Skyfall, having worked with him on Road To Perdition, and persuaded him to return to direct Spectre, on which the actor also takes a co-producer’s credit.

More on Spectre (released in New Zealand on 12 November but already out in the UK) in the New Statesman. Laurie Penny on “the tragedy of James Bond” – Craig’s version of the character knows he is a relic and a deeply depressed one at that:

Daniel Craig has not been given enough credit for taking a character who was a cardboard throwback even in the 1960s and playing him straight: as a wall-eyed, traumatised thug, a protagonist who is two-dimensional precisely because he is empty inside.

Craig animates the automaton that is Bond by asking just what it would take to make a person behave in this horrific way – and like any piece of well-done puppetry, the effect is sinister. Daniel Craig is the Bond we deserve, a Bond who takes seriously the job of embodying a savage yearning for a lost fantasy of the 1950s. It is about masculinity, yes, but also about Britishness, about whiteness and about heterosexuality, about the loss of certainty in all of these in a changing world.

This reminds me of my own review of Casino Royale back in 2006 (if you’ll forgive the indulgence):

In Casino Royale we see Bond himself trying on elements of his persona: the clothes, the drinks, the cheesy lines — Bond learning to be Bond. We get some illuminating back-story which helps Craig deliver a nuanced and sensitive performance — Bond as orphaned, bullied, scholarship public school boy, developing the hard emotional shell and the masochism that serves him so well in a job with zero life-expectancy.

In time for Halloween, local critic Andrew Todd (writing for Birth. Movies. Death.) champions the 1981 horror Possession for the way actors Sam Neill and Isabelle Adjani generate the horror through force of will:

Many films have moments of intense acting, but what sets Possession apart is how nonstop it is. The actors simply never let up - Adjani seems constantly on the verge of hyperventilation, while Neill acts so hard that veins raise on his face, scene in and scene out. Many scenes are shot in medium-to-long takes, allowing the actors to rev up to full gear in the space of a continuous shot. The setpieces in Possession aren’t built out of scares or explosions or stunts; they’re built out of performance - tics and mannerisms turning into scene-melting bouts of destruction. There’s a scene delivered by Neill from a precarious rocking chair, threatening to topple over backwards, that I can barely even watch. Possession turns screaming matches into music, with dynamics, harmonies, and variances in rhythm. Even when the actors aren't screaming, you can see the scream just behind their eyes.

Widescreen has heard – though not from the horse’s mouth – that Possession is Mr Neill’s own favourite of all his films.