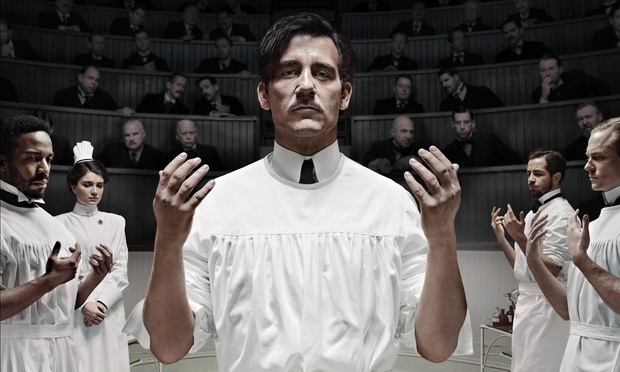 At Vulture, Matt Zoller Seitz and Chris Wade ask what the word “cinematic” means in relation to TV:

We've tried to go beyond the usual vague, hyperbolic use of the adjective and suggest what is truly cinematic about well-directed TV — and well-directed films, for that matter. It's a matter of judgment and discernment, of having a vision as well as a plan, making particular choices for particular reasons, and letting those choices guide how a scene is shot. Who is the scene about? What is the scene about? And how can the direction (and editing and music and cinematography) reinforce this, overtly or subtly, in ways that go beyond simply pointing lots of cameras at a room full of actors and cutting among them as they talk?

It’s a 15 minute video essay and interesting to us here because we’re wrestling with similar problems of definition here at Widescreen. We want to cover television, obviously, but not the rubbish bits. So, how do we decide? By the way, we’ll be taking a closer look at The Knick in November.

At Vox, in an article coinciding with the release of Bridge of Spies, Peter Suderman reminds us that Spielberg’s movies are usually about fathers and sons:

Parent Spielberg has made some powerful films with searing images — but in the end, he just can’t let his movies leave any real scars. Everything always turns out okay. In this way, Spielberg isn’t just providing his audience with a parental perspective — he's acting as a parent to the audience, protecting them from any lasting scars his movies might otherwise inflict.

Though Crimson Peak repeatedly begs comparison to novels—be it through Edith’s writing, her voiceover narration that bookends the film, or the fact the film’s title is shown on an embroidered book—the act of seeing and perception is ultimately what drives the film. Early on, while Edith visits her lovelorn doctor, he shows her slides of spirit photography he’s purchased. Although we know that these images of another world are faked, the pair sit in awe, chewing over the science of photography and death. “Perhaps we only see things when we need to,” Edith wonders. In Crimson Peak, del Toro shows us everything about the film’s underlying psychological drama both literally (with Lucille’s habitually creepy behavior, by virtue of the fact Thomas never spends a whole night with Edith) and metaphorically (the blood money that supports Allerton Hall’s continued existence represented by the red, oozing clay that’s beneath it).

We’ll be reviewing Crimson Peak for our first video review early next week.