Losing it all - a personal story of bankruptcy

Bankruptcy is something to be avoided - but maybe not at all costs. Two Cents' Worth follows a woman's journey into insolvency. 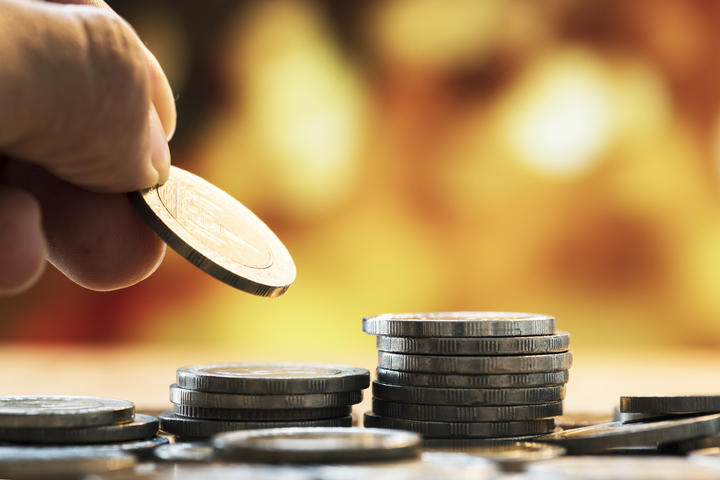 Bankruptcy is sometimes a relief after years of financial stress. But Lisa Cowe fought it all the way. Photo: 123rf

When Christchurch bookkeeper and business owner Lisa Cowe was declared bankrupt in 2017, it was over a $6,200 credit card debt owed to the BNZ.

Cowe joined 1,862 others in bankruptcy that year, many of them voluntarily making the move to clear their debts and attempt to start anew, free of the debt that had been weighing them down.

In bankruptcy, your slate of unpayable debts is wiped clean. For many, it is final relief after years of financial stress.

For Lisa Cowe it was different. She fought bankruptcy all the way, angered by her treatment at the hands of the banks she owed money to and the debt collectors assigned to pursue her for payment. It was also a matter of pride.

Cowe’s career had been spent helping other people keep on top of their financial accounts. Now she was about to have control of her own finances handed over to an Official Assignee, from the New Zealand Insolvency and Trustee service, the government body that deals with bankruptcy.

Cowe was adjudicated bankrupt by the court, owing a bit over $50,000 to creditors including ANZ, BNZ and the Inland Revenue Department. So began a three-year period of bankruptcy that ended on May 12.

During that time, she was limited to owning just her personal belongings and tools of her trade, wasn’t allowed to own a business and needed permission to work as a contractor and to travel outside New Zealand.

A wave of insolvency

It’s a situation a growing number of New Zealanders may face in the coming months and years as the economic fallout of Covid-19 tips those with high levels of debt over the edge.

While many businesses have already folded, crippled by an inability to do business during the lockdown, the real wave of failures and ultimately bankruptcy, is still months away.

“While the wage subsidies are in place, the loan schemes and other measures, that was always going to delay the fallout a bit,” says Chris McCullagh a chartered accountant and insolvency expert at Auckland firm PKF Corporate Recovery & Insolvency. 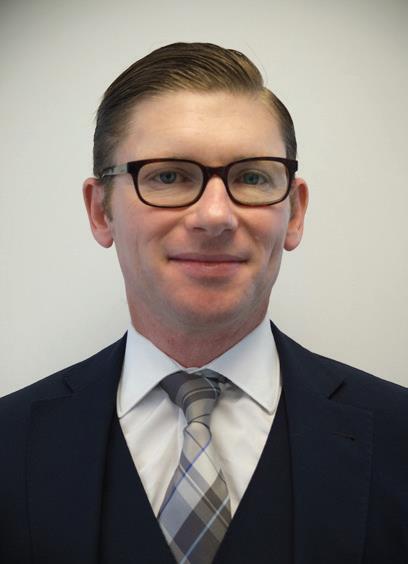 Chris McCullagh is expecting to start seeing the economic impact of Covid-19 in three to six months. Photo: Supplied

“Most people are thinking it is maybe three to six months away before we start seeing the real impact of it.”

That impact will likely result in an uptick in business liquidations, receiverships and voluntary administration, particularly in industries hardest hit by Covid-19.

“It’s not rocket science to know that tourism is stuffed,” says McCullagh.

“It’s one industry that can’t recover in the short to medium term.”

It is important then for businesses to be working closely with their accountants and talking to their banks about relief from debt repayments.

Lisa Cowe’s financial problems were exacerbated by an earlier major shock to the economy - the Christchurch earthquake, when she lost a number of clients who left the city or ceased trading.

But her problems began in 2008 when she bought a small bookkeeping and accounting software business.

“It was not a good company to deal with, their software had issues,” said Cowe, who regrets not getting the right advice to do proper due diligence on the business.

“No one was able to give me the advice I needed, and that was to go in-depth into the business itself.”

She had some revenue but her debts kept growing.

“I just kept rolling the debt over. It got to a point, when I lost my income, that I thought I've really got to do something about it. But by then it was too late.” 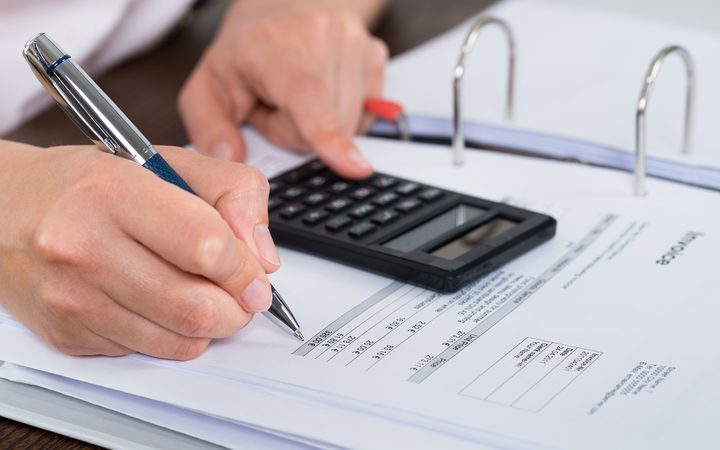 Cheap loans are what Lisa Cowe believes tipped her into bankruptcy. Photo: 123RF

Cowe said the situation wasn’t helped by access to more cheap loans. In the wake of the Christchurch quake, ANZ approached her offering a temporary, interest-free loan of up to $20,000. She took $10,000, paying off some debt and putting some into her business.

Eventually, ANZ was asking for that money back too and Cowe couldn’t repay it.

The Banking Ombudsman later found that ANZ was in breach of the Responsible Lending Code by lending the money to Cowe as it hadn’t done due diligence itself on her ability to repay the loan. Cowe was technically insolvent at the time.

The saga goes to the heart of what Cowe sees as the real problem - a system that encourages people into debt with seemingly attractive terms that result in them becoming beholden to the financial institutions they owe money to.

“We don’t have the skills to understand, but we are targeted by the banks to try and get us into debt.”

Negotiations with ANZ and then BNZ for Cowe to repay her debts dragged on but ultimately failed.

The conduct of the debt collectors Cowe encountered led to her refusing to deal with them and accelerated her path to bankruptcy. Today she believes that her mistake was in not negotiating successfully with the banks to agree on terms to repay the loans and interest.

“You are better trying to negotiate and learning those negotiation skills. I wish I had known that way back then,” she said.

“Don’t ever let debt go to a debt collector, because they will bankrupt you.”

Cowe is still a bookkeeper and credits the support of her clients with helping her get through the bankruptcy. But she thinks the insolvency laws are unfair and discriminate against those in financial hardship.

She has written to the Prime Minister and the Privacy Commissioner with her concerns and is even drafting an amendment to the Human Rights Act on the matter. 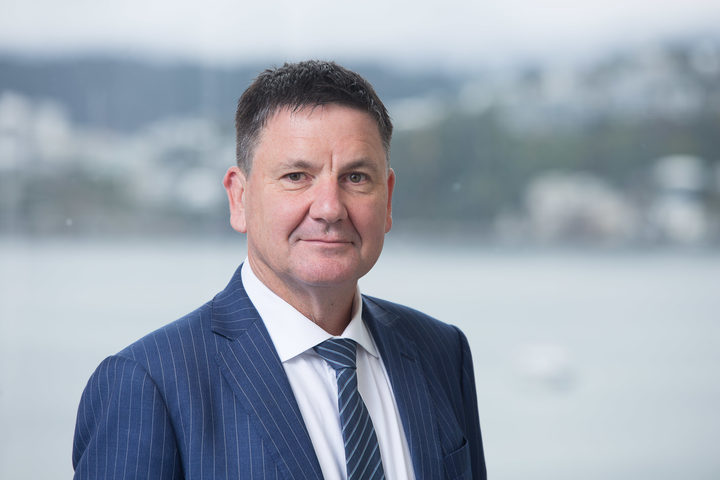 But Chris McCullagh said the system works well and it is important to remember what the bankruptcy provisions exist for.

“We are seeing people who have gone through the wringer but we generally see the relief that comes from bankruptcy,” he said.

“Yes there is some ongoing hardship and frustration, but that’s the trade-off, you don’t get your debts wiped without having some form of punishment that goes with it.”

Cowe remains a bookkeeper and after three years of living mainly on cash, without credit cards and loans in her name, plans to continue in the same vein, buying only what she can afford.

“How many people honestly read the debt contract they get when they sign up for a loan or credit card?”

“You have freedom with cash, it’s a better way to be, I say anyway.” 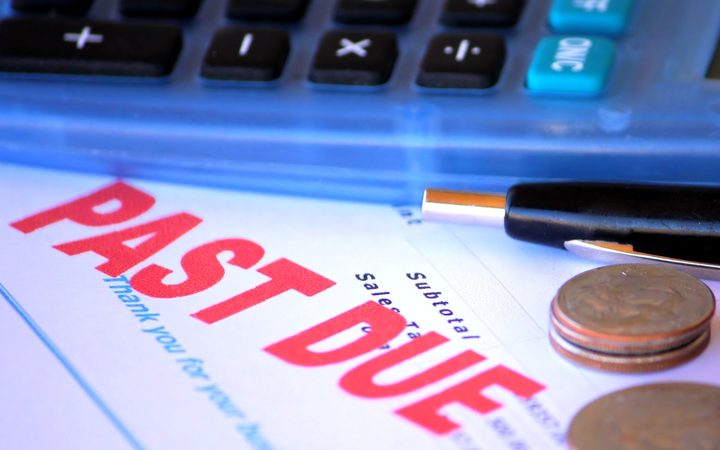 1. Learn how to negotiate with creditors and be comfortable with asking for information and don’t be afraid to question anything. This is actually a life skill that all people should have anyway.

2. Get a list of all your cash and all your debt as the balances were at the end of each of the last three months. Your cash should be increasing and your debt decreasing over time. Then do the same for the previous three months. Then you can see the pattern.

3. Actually put blocks in place to stop you taking on more debt. If you are paying back debt, credit cards or loans, then on your side only of the bank transaction, put the word “hardship” as the reference. When future lenders want you to show them your bank statements they will run a mile when they see you have ‘hardship’ next to your current debt repayments.

4. Contact the three credit reporting companies and get a copy of your credit report so you understand what's on it. You are allowed to have a short statement included in it. Add a note to the effect that you don’t want lenders offering you further debt. "Yes," said Cowe, "I actually have that on my credit report".

5. Get a block put against your credit report, so if the spending impulse overcomes you and you apply online for debt,  that block will stop it, as long as the lender subscribes to credit reporting.

6. Make sure your annual budget allows you to pay the same amounts each month to utility providers. Actually build up credit with them. If in bankruptcy, the Official Assignee won’t recall that money. Just make sure you are not in debt to your power and phone company. Paying the same amount each month shows consistency, which is what you want.

7. Make sure family members and anyone else, doesn’t include you as a beneficiary in their will while you are an undischarged bankrupt. The Official assignee will come knocking for your share of the estate.

8. Have separate named bank accounts that match your budget and put amounts into each bank account for car expenses, dentist bills etc as per your annual budget.

9. At the very least, always keep on hand a minimum of three months living expenses to use solely for the purposes of a loss of income, when you really cannot pay your basic living costs.

10. Don’t let debt go to a debt collector (even if it is government agency debt) unless you can pay them a reduced lump sum. For that, negotiation skills are crucial. Debt collectors are lightly unregulated in the NZ market and personally, I’ve had bad experiences dealing with them.

Struggling with debt? Some useful resources

The Insolvency and Trustee Service is a unit of the Ministry of Business, Innovation and Employment and is also the Official Assignee’s Office.

The website has a lot of information about bankruptcy and advice for people considering it. Their agents are very informed and helpful and can answer general queries about the law and bankruptcy process over the phone.

Community Law offers resources and free legal advice for those deemed eligible on bankruptcy and other insolvency-related issues.

Consumer magazine has a useful backgrounder on insolvency.