Efforts to revive our national game will hopefully bear fruit on June 13 when the Chiefs and Highlanders play at Dunedin’s Forsyth Barr stadium, the first match in a scaled-back Super Rugby tournament.

But the teams, who have been training for their return to rugby under lockdown conditions for the past few weeks, face an uncertain future with the five local Super Rugby franchises hit hard by the economic fallout from Covid-19. 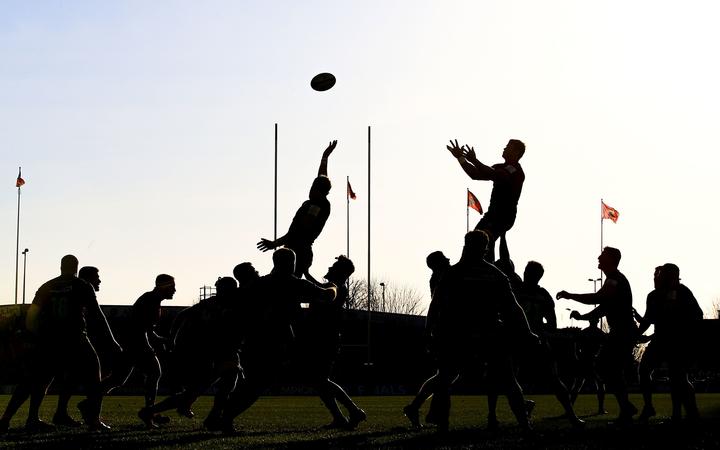 They have been forced to cut costs, shed staff and impose pay cuts as they remain cut off from their key source of revenue, ticket sales at games they host at their home stadiums, with season memberships and sponsorship deals also under threat.

In Wellington, Hurricanes chief executive Avan Lee recently surveyed members, who pay up to $329 for an annual membership offering access to all home Hurricanes games as well as the Platinum lounge at Sky Stadium.

He said the response from members has been overwhelmingly positive, with the vast majority keen to keep supporting the Hurricanes through 2021. While the Hurricanes have planned for disruption to the game, such as an earthquake putting Sky Stadium out of action, no planning could have prepared the franchise for the devastating impact of Covid-19, he said.

“This has just been so out of leftfield,” said Lee, “The inability to carry on as a normal organisation has been incredibly difficult.”

All staff at the Hurricanes are on reduced pay and the franchise has been able to take advantage of the government’s wage subsidy and a $250,000 aid package from New Zealand Rugby, which has extended the same assistance to the Chiefs, Crusaders, Highlanders and Blues rugby franchises it owns and which local rugby unions and private investors operate under license.

“We don’t receive broadcasting revenue directly. It’s nice to know that’s something we don’t need to worry about, but New Zealand Rugby are going through the same situation,” he said. 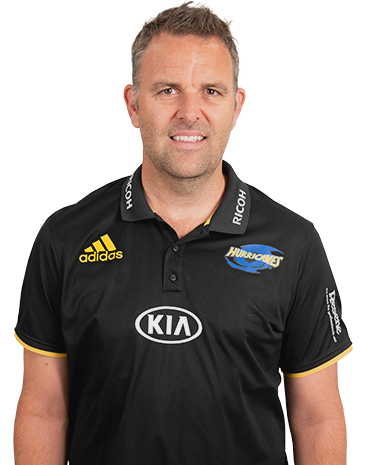 That could have implications for New Zealand Rugby, which also owns and operates the All Blacks franchise, to secure top professional players as it faces competition for talent from better financed rugby unions and teams overseas.

“There’s still a lot of attraction financially for players to go overseas. So this is a critical time for rugby in New Zealand.”

Rugby New Zealand generates the bulk of its revenue from broadcast rights sold to the likes of Sky TV to show the games live as well as sponsorship deals. It has forecast a $120 million revenue decline for the current financial year and has had to slash costs and reduce staffing numbers.

Without that money to invest in rugby in New Zealand, the game at all levels, from grassroots school rugby through to the pinnacle, the All Blacks, will suffer at a time when the game is facing competition from other sports and entertainment options.

Chris Rattue, the New Zealand Herald sports writer, has covered rugby since 1987, when New Zealand and Australia jointly held the first Rugby World Cup, which New Zealand claimed in a victory over France.

He said that rugby is struggling to stay relevant with more exciting forms of entertainment luring away younger viewers and potential players of the game.

“Our demographics and our interests and our attention spans are all changing,” said Rattue. 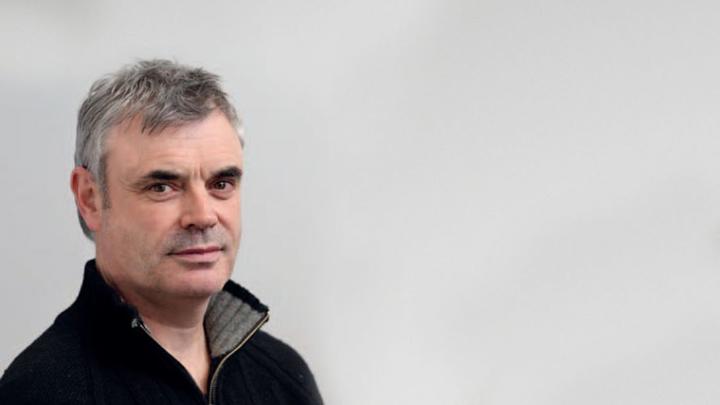 “The digital age has just turned everything upside down and rugby isn’t a sport that is well-positioned to deal with it for a lot of reasons.”

Those reasons are complex and related to how the game is financed and organised on a local and international level. While the All Blacks remains a bankable brand, New Zealand Rugby made a loss of $7.4 million last year.

Fewer tests were played during the year to clear the way for the Rugby World Cup tournament in Japan which meant that Rugby New Zealand secured less in broadcasting revenue overall. Broadcasting rights remain a bone of contention for New Zealand Rugby and indeed all of the so-called SANZAAR rugby nations, South Africa, New Zealand, Australia and Argentina.

They have been pushing World Rugby, the governing body for the game internationally, to distribute a larger share of broadcast rights revenue to southern hemisphere teams. Earlier this month, New Zealand backed Argentinian and former Pumas captain Agustín Pichot to chair the World Rugby Council, in an election that allowed member nations to vote.

But Pichot lost that election bid to existing chairman, Sir William Beaumont, former captain of the England rugby team. Chances of a more equitable revenue split among rugby nations seem remote as the northern hemisphere teams struggle with their own financial problems.

Rattue said the game is unsustainable on a local level. Surveys show a worrying trend at the grassroots level, with the number of high school students playing rugby dropping from 25,841 in 2014 to 21,532 in 2018, a 17 per cent fall.

More girls are playing rugby, but football and basketball are increasingly drawing school boys away from the game.

Learning from the NBA

Rattue said the game also has problems at the professional level attempting to maintain interest in the Mitre 10 provincial championship, Super Rugby and the All Blacks.

“All the sports that are really making headway around the world are through professional club systems. They recognise the value of stars. The classic example is the NBA, American basketball,” he said. 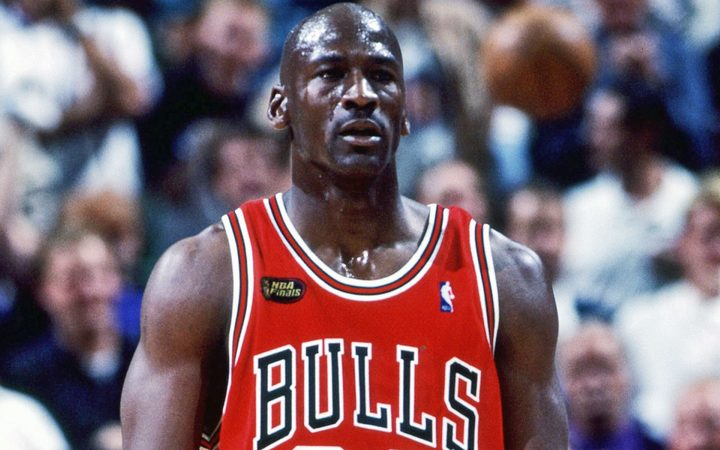 Michael Jordan during the 1998 NBA finals. Jordan's success leading the Chicago Bulls in the '90s has recently been made into a popular Netflix documentary called The Last Dance.  Photo: Photosport

The fiercely competitive nature of the NBA and other leading franchises such as the National Football League (NFL) and English Premier League (EPL) is very different to our rugby set up.

“Not only have you got these tough, determined owners and coaches wanting to beat each other up and win, you have all the deals that go on too.”

The NBA’s draft and EPL’s transfer system which saw teams compete for the best talent, paying vast sums of money in the process, created excitement around the game that was lacking in rugby.

But Rattue argues that the problems with New Zealand rugby are at heart cultural in nature.

“The whole culture of players in New Zealand, particularly the All Blacks, is that once you are in that hallowed hall of fame, some sort of code of silence takes over your life,” he said.

Rugby needs to be more accessible, dynamic and entertaining to avoid terminal decline. But Rattue doesn’t see New Zealand Rugby, the organisation or the game, well placed to turn things around.

“Other people may disagree, but I see a game that’s almost in the death throes.”

Back on the field

The priority now however is to try and salvage the Super Rugby season and fans who have been denied any live sport for months are certainly eager for games to resume.

Wellingtonian Belinda White has been a Hurricanes fan for 22 years, nearly the entire length of the franchise’s existence. While the Hurricanes have only one championship title to their name since 1996, White says there’s something special about the team that draws her to Sky Stadium to watch every game and to a TV screen to view their away games. 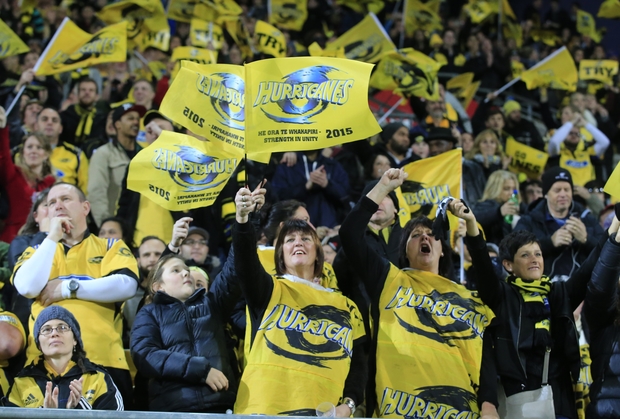 Hurricanes fans will be keen to see the team play the Blues on June 14 Photo: Photosport

“That’s one of the things about the Hurricanes, while they are inconsistent, anything can happen on the night,” she said.

She will be heading to a Wellington bar with her fellow fans to watch the Hurricanes play the Blues on June 14, at Eden Park in Auckland. With the Blues having beaten the Hurricanes in Wellington at their last encounter, a lot is riding on the game, said White.

“It could be a blockbuster of a match.”