Ready for the robot takeover?

It was predicted to take hold this decade even before the pandemic arrived - a wave of automation that would displace both blue and white collar jobs.

But some economists and analysts suggest the impact of Covid-19 may accelerate the uptake of robotics and use of “intelligent process automation” to do all or part of the work that humans used to do. 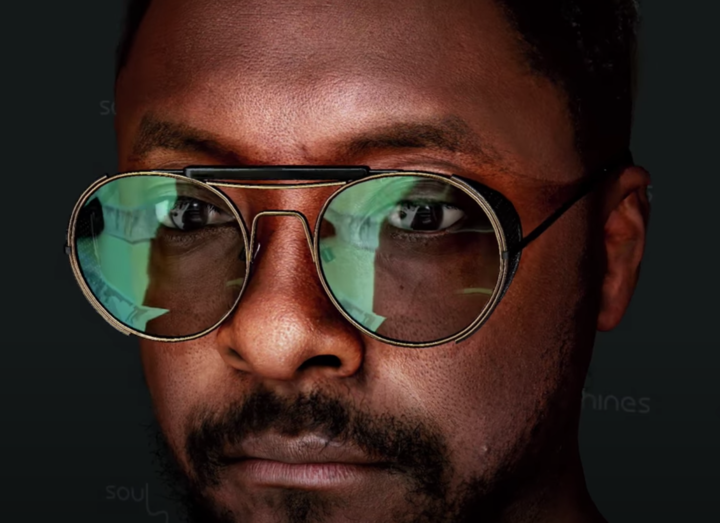 The digital avatar made by Soul Machines for music producer will.i.am Photo: Supplied

With 30 million newly unemployed in the United States alone, there’s an even more pressing issue - how do companies continue to stay productive with reduced headcount. Social distancing provisions are also requiring them to rethink what they do. It is opening up opportunities for companies working on automation technologies.

Auckland-based start-up Soul Machines has won worldwide interest and attracted a total of US$65 million in venture funding for its “digital human” technology. Two weeks ago, it introduced Bella, a free digital assistant to answer all of your covid-19 questions.

It is based on the same software and artificial intelligence developed by the Soul Machines team led by Dr Mark Sagar. The genesis of Bella came from Sagar’s time working at Weta Digital, where he was involved in developing the technology to create life-like digital characters in blockbuster movies such as Avatar, King Kong, and Spiderman 2.

Bella uses your computer speaker and camera to communicate with you, listening to your questions and responding with pre-programmed answers, much like Siri or Alexa do. But Soul Machines takes the experience a step further giving Bella a visual presence. Through the camera, the software can detect your own facial expressions and Bella will interpret those and respond with her own facial expressions and answers, just like a normal human to human conversation.

That’s the idea anyway. The reality is that it is a little clunky, quickly directing you to a narrow range of answers. But Bella uses machine learning, so as more people interact with her, she should get better.

Soul Machines has made numerous other digital human clients for paying clients and some of them see them playing a bigger role in the post covid world. One of them, Yumi, was created for Proctor & Gamble’s skin care range, SK-II.

“With most of their retail stores closed, if you think about skin care, that’s an interaction where you are up close and personal with another person,” says Soul Machines co-founder Greg Cross. 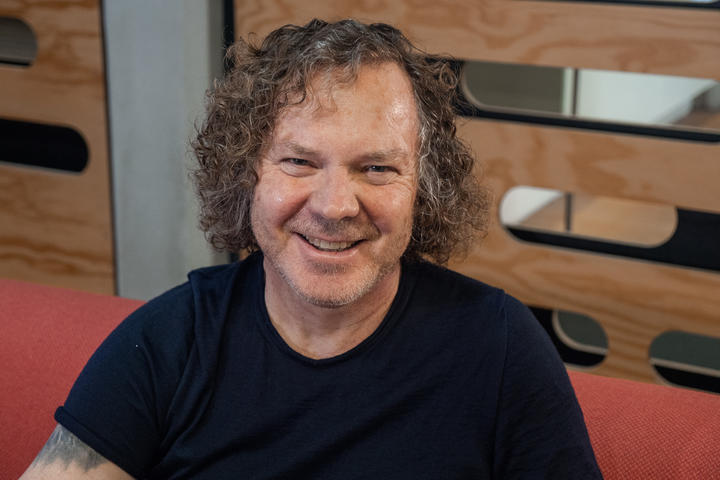 Yumi can dispense advice on cosmetics and the SK-II range online instead. Jamie, the digital human Soul Machines created for ANZ, walks customers through basic information, such as how to open an account or apply for a loan. It’s creating the type of human connection a simple text-based chat bot can’t.

Cross sees potential for digital humans in the entertainment space too. A recent Youtube documentary series hosted by Robert Downey Jnr. which has notched up over 40 million views, shows Soul Machine’s engineers creating a digital avatar for the record producer and musician will.i.am.

“I want to have a digital avatar around the idea of ‘idataty’. That’s the marriage of my data and my identity,” he says in How Far Is Too Far? The Age of AI.

His goal is to have a highly functional digital version of himself to maintain his social media presence so he can spend more time in the studio recording music. 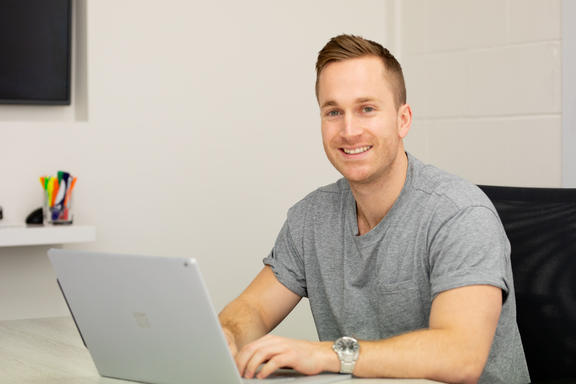 Will Chomley, CEO of IMAGR has spent the lockdown in Osaka as Japanese supermarkets look to deploy his automation technology. Photo: Supplied

Another New Zealand company, IMAGR, is suddenly very busy with its automation technology as a result of covid-19. IMAGR makes smart shopping baskets that employ computer vision cameras to detect everything that goes in and out of the basket. Instead of approaching a check-out operator or self check-out kiosk to pay, the shopper just bags up their groceries and leaves, with everything automatically paid for through the IMAGR app.

IMAGR CEO William Chomley has seen out lockdown in Osaka to be near his major customers, which are Japanese supermarket chains keen to deploy the technology.

While stopping the spread of the virus through supermarket aisles is part of the motivation, Japan has another reason to embrace automation.

“Our product is a need for them. They have an ageing population here, they physically can’t staff their supermarkets,” he says. 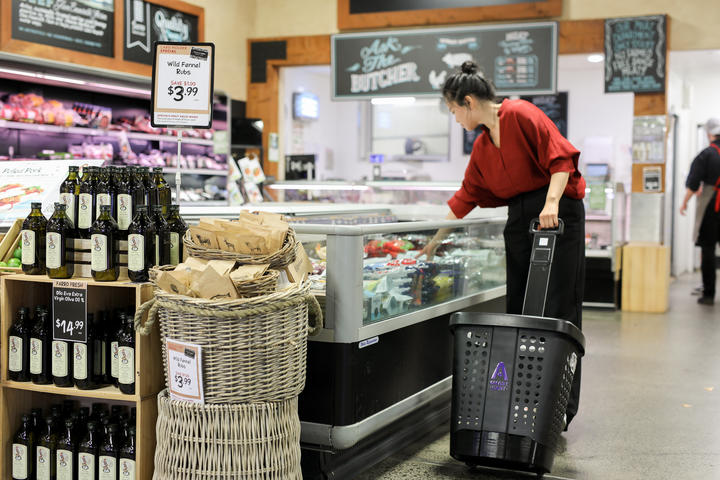 But what about a country like New Zealand with a younger workforce than in Japan? How will automation impact the future of work here?

The AI Forum looked at this issue two years ago in its report Artificial Intelligence: Shaping A Future New Zealand. When it came to these new technologies displacing jobs, it estimated that 10 per cent of jobs would be impacted in the next 40 years.

That is a relatively conservative estimate compared to other local and international estimates, which suggest 30 - 50 per cent of jobs may be displaced in the coming decades. But there is a lot of uncertainty around future predictions of AI’s role in industry and society and covid-19 will shake up those estimates even further. 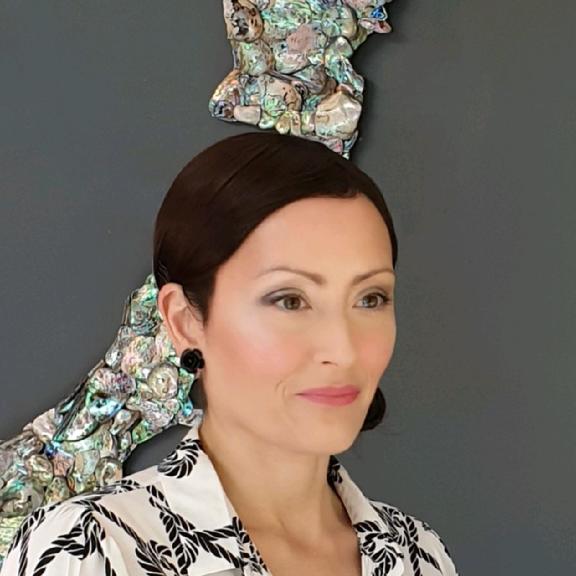 “There are lots of arguments around automation replacing humans,” Naji admits.

More with less...or the same

“I’ve always looked at it as just trying to do more with what we have or with slightly less, and I think that the ramifications of what is going to happen to the worldwide economy is going to mean that people are going to have to do more or even the status quo, with less,” she says.

Naji and most AI proponents, talk about intelligent processing technology augmenting the work of humans, rather than replacing them. We don’t have large factories making automobiles and electronics in New Zealand.

That’s where most of the one million or so industrial robots are employed overseas, mainly in China, the United States and Europe. Our manufacturers are gradually introducing automation into their production, but the bigger impact may be in white collar work.

ANZ employs 39,000 people across Australasia and like most big banks has been pursuing automation for decades with the use of ATMs and online and phone banking reducing the need for physical branches and bank tellers. 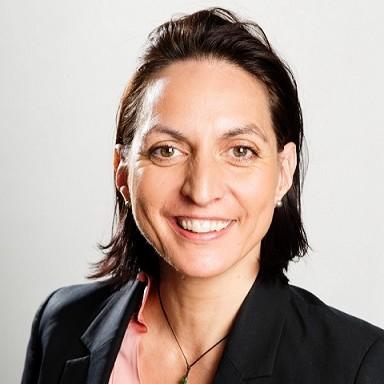 Megan Tapsell from ANZ says AI is an augmenter to staff, not a replacement Photo: Supplied

Megan Tapsell, ANZ’s head of technology - retail, business banking & wealth, says automation has been successfully deployed to speed up document processing, which allows loan applications to be processed faster. A “bots team” at ANZ looked at opportunities across the business for such efficiency improvements. But she says that automation hasn’t resulted in widespread lay-offs at ANZ, and nor is it likely to.

“We see AI as an augmenter to our staff, not as a replacement… with bots and things, they are not taking the full end-to-end process, what they are doing is taking components of a process that are repetitive and manual, or high risk of error,” she says.

Some staff had been redeployed to other roles as a result of automation, becoming more responsible for delivery of process work, rather than doing all the processing themselves, she said.

ANZ’s digital human ‘Jamie’ has been in use for the last couple of years at the bank. But ANZ is taking a cautious approach, trialling the technology before opening up its capabilities to deal with sensitive customer data.

Tapsell says that would be a “game changer” for Jamie, but that security through biometrics such as facial recognition and provisions to prevent people listening in on sensitive financial conversations, would have to be rock solid to ensure customers were comfortable discussing their account information with Jamie.

Other emerging areas, such as ‘robo-advice’, which employs computer algorithms to analyse bank account information to make suggestions to customers about how to manage their money, weren’t on the cards for ANZ any time soon, said Tapsell. Instead the focus in a highly regulated industry was getting the basics right. A lot of work, for instance, had been done just to gain acceptance of hosting banking systems and data on cloud computing platforms.

But financial tech start-ups are pushing the envelope on banking and finance technology, so the big institutions will eventually adopt some of this. It means that many of us in solid white collar jobs will find ourselves having to retrain to adjust to a world where at least part of our role is automated.

Frances Valintine saw that need years ago, when she set up The Mind Lab and then The Tech Futures Lab, the latter in particular to help people gain the skills to navigate the future of work. They offer post graduate courses for people looking to re-skill and are seeing a steady stream of people newly redundant or worried about being replaced by technology, seeking their help.

“Every year, we are teaching around 1,000 post-graduate students… they are saying ‘I’m not sure if what got me here will get me to the next iteration of my career,” says Valintine. 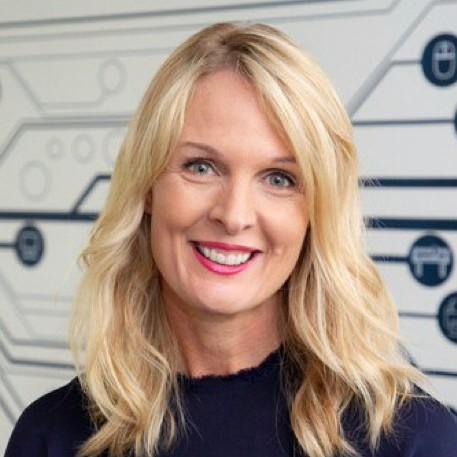 Every year Fances Valintine's The Mind Lab and The Tech Futures Lab see about 1,000 post-graduate students looking to get to the next iteration of their career. Photo: Supplied

While many companies, particularly in the tech sector, offer their staff on the job training to keep their skills fresh, New Zealand doesn’t have a strong culture of professional development, says Valintine.

A national conversation on how technology will reshape our major industries, such as agriculture, was needed to inform a plan to help people retrain, she adds. The Government could also use covid-19 recovery schemes to get the workforce ready for the change that is coming.

“Shovel-ready projects are fine... but for significantly less investment, you could take a lot of people out of one sector that’s really hard hit, like tourism and hospitality, and pull them across into some other sectors with some new knowledge,” says Valintine.

But her message is not to wait for the Government to move, decide what career you want to have and seek out the skills you need to make it a reality.