Banks on notice over 'No Paywave' dysfunction

New Zealand has fallen behind Australia and Britain in using contactless payments through smartphones because our light-handed regulation means bank fees are two to three times higher and retailers are revolting.

Now the Government may have to regulate fees directly. 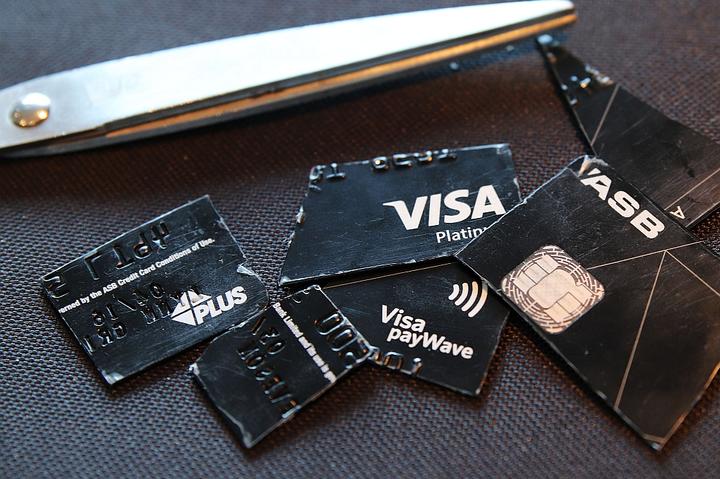 In the telecommunications industry, it's known as 'bill shock'. As soon as a customer gets an unexpectedly large bill during a trip overseas, they immediately stop using their phone because it feels like an unexploded device that could 'go off' at any time.

That's what happened to many retailers over the last five years as customers started using the contactless chips in their credit and debit cards to wave their way past the till rather than stop and swipe and put in their PIN numbers.

Debit payments that had once been virtually free EFTPOS transactions or slightly more expensive Visa or Mastercard debit payments suddenly became contactless credit or debit transactions with double or quadruple the fees.

Almost overnight, Merchant Service Fees (MSFs as they're known in the business) started costing retailers hundreds of dollars extra a month. That's because their fees and charges for the various flavours of payments were bundled up and retailers couldn't tell which payments were doing the damage.

Those manky 'No Paywave' stickers

The response by many retailers was immediate, just as it is for travelling phone users. They stopped using contactless almost immediately. This 'bill shock' was expressed by slapping little bits of paper and cardboard onto their EFTPOS terminals with the now familiar 'No Paywave' signs. Now, all manner of home-made stickers are plastered and tacked onto the machines.

Eight years on from Mastercard's launch promotions with the 2011 Rugby World Cup, the stickers are looking tatty and now both retailers and consumers are becoming increasingly frustrated at the slow progress in reducing the fee and making them more transparent to win back the trust. 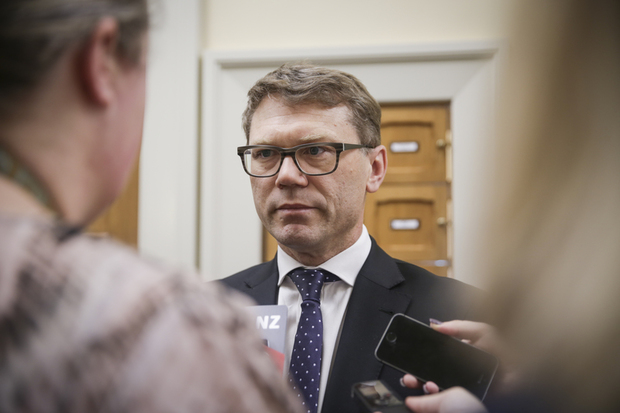 The previous National Government looked at the issue in late 2016 and early 2017 but did little more than give the banks a telling off. Then-Minister Paul Goldsmith asked his officials to investigate and his successor Jacqui Dean sent a letter to Payments NZ, which operates the system on behalf of the banks, telling them to do more to open up pricing information and be more open to innovation.

His patience is starting to wear thin and he wants to see evidence within weeks that the banking and payments system is serious about opening up.

He is unhappy banks have been slow to 'unbundle' contactless credit and debit card fees for retailers and open their banking networks to 'FinTech' competitors. He has warned they face regulation without showing more urgency on an issue that retailers say is costing them almost $400 million a year in unjustified bank fees.

Asked if the banks were 'taking the mickey' with their slow response to the concerns about 'No Paywave' stickers and high fees for retailers, he told me: "I'm not necessarily happy with the time frames and we've sent that message to both the banks and Payments NZ to get a move on, otherwise there could be regulation." 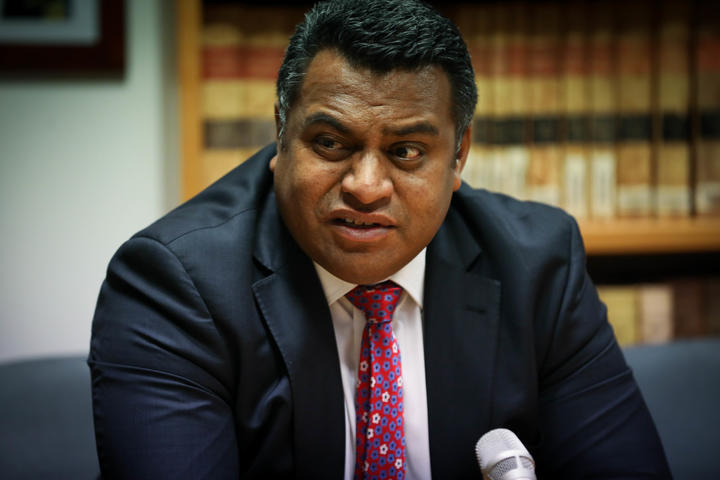 In Australia and Britain all cafes, restaurants and retailers accept contactless Visa and Mastercard payments, especially through Apple Pay and Google Pay phones, which has increased their uptake and encouraged the adoption of cheaper non-cash payments, including on public transport.

The cost of not regulating

Currently, New Zealand retailers pay around 1.1 percent in fees for contactless debit cards and 1.5 percent for contactless credit card payments. That's almost twice as much as retailers pay in Australia and almost four times as much in Britain. Both of those markets have seen Government intervention to regulate the so-called Merchant Service Fees (MSF), which are made up of interchange fees between the banks and transaction fees by the credit card companies.

Some banks have started unbundling their fees and a few retailers have asked for better deals.

Meanwhile, tourists are frustrated they can neither wave their cards or their phones with Apple Pay and Google Pay to pay like they do in other countries. And the credit card providers are keen to push ahead and use the technology more widely, particularly as a way to tap on and off buses and trains, as is the case in Sydney and London.

The Reserve Bank of Australia intervened in 2003 to regulate card fees there, which has seen those fees for retailers drop from around 1.5 percent to 0.7 percent. British authorities also intervened to get fees down under 0.5 percent.

The problem is the bundling of fees, according to Retail NZ CEO Greg Harford.

“Historically, the banks have tended to charge a relatively high flat rate to merchants. That was based on the maximum possible cost of providing credit card transactions. Since contactless has entered the market, most banks have not offered unbundled services, so it’s essentially the same rate for contactless debit as credit card transactions, which has had the effect of inflating the amount that merchants pay for contactless," he said.

Retailers see the perverse outcome of competition between banks to get customers to sign up to rewards programmes being high fees for retailers, who effectively pay for the free flights and toasters. Harford wants the banks to move faster to unbundle fees so retailers can build their confidence and use the technology more widely.

“Ultimately, consumers love the convenience and we’re out of step ...and ultimately it costs merchants sales if they don’t have that facility available," Harford said.

'Falling behind the rest'

Mastercard CEO Ruth Riviere said its surveys show a third of customers are annoyed when they strike a ‘no paywave’ sticker and that 75 percent use Paywave and Paypass, which is the Mastercard version.

"We’re also falling behind Australia, where one in five people now use their mobile phone to pay. Here’s it’s one in 20," she said.

Tourists, in particular, are mystified about the stickers and the inability to tap and go, as are New Zealanders who visit Australia and Britain and find everyone takes the cards.

"I think you've hit the nail on the head naming those markets as well because I think the piece we might be missing in New Zealand is we're a huge destination market for tourism," Riviere said. 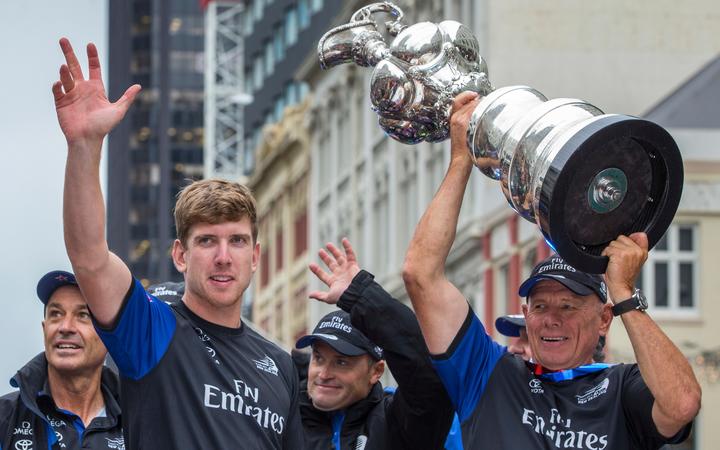 "We are heading quickly into 2021 which we'll see APEC and the America's Cup and the Women's Rugby World Cup. If you look at the UK it's now about 70 percent contactless. Australia is 90 percent contactless. If we as New Zealand want to realise the absolute maximum benefit from that year of huge tourism that's how people expect to pay.'

However, Riviere is wary of regulation of fees, saying the costs eventually appear elsewhere.

"I think we have to be really careful when we talk about regulation in this space about the unintended consequences of that because certainly in the UK and across Europe, where we've seen interchange regulation, there are costs within the system.

"And just because the interchange has been regulated doesn't mean those costs disappear. They show up somewhere else. And across Europe consumers are actually paying more for banking. If the costs can't be covered and if they're regulated out in one place they'll come out somewhere else."

Riviere is in talks with NZTA to get contactless adopted for buses and trains, potentially nationally.

"If you take Transport For London for example, their efficiency savings for not having to run their own closed loop with the system have been far outweighed by the benefits of leveraging that technology that already exists and can be used elsewhere," she said.

"I think the other interesting thing we've seen in other countries is that once transit is open the areas around those stations or other transit hubs see the spend also increase."

'We're working on it'

I asked the banks for some comment. They referred me to Payments NZ, who run the system for the banks. Payments NZ sent through a statement that it was now reporting interchange fees to the minister and the banks had started unbundling.

Faafoi is hopeful a payments system trial by the banks where they open up their systems for small startups to use their data will come up with something special and new.

“I myself have seen some other products that are pretty cutting edge that will leave Paywave in the dust."