What if money really did fall from the sky?

It's long been a dirty word in economic circles, but people are starting to ask if "helicopter money" - printing large sums of money and distributing it to the public - might be our best option for stimulating the economy.

The Reserve Bank recently surprised everyone by dropping the Official Cash Rate (OCR) to an all time low.

It is currently sitting at 1% and the drop was about twice as much as most people expected. Governor Adrian Orr hopes that the low interest rate will get people spending.

But there could be another way... 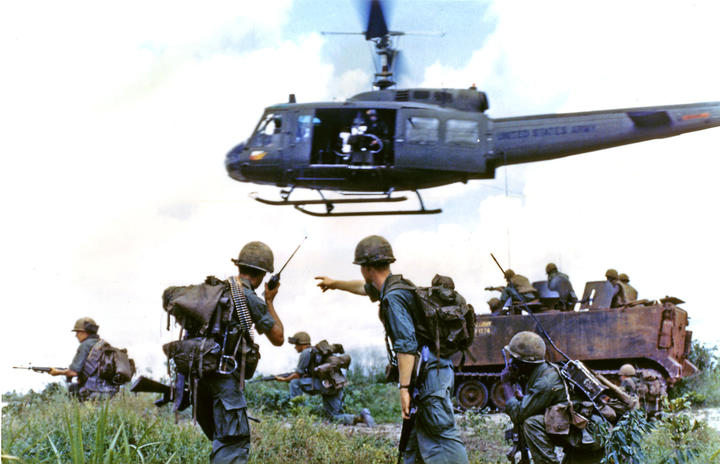 Let's go back to 1969. The Vietnam War is in full swing. You can smell the Napalm. You can hear the Huey helicopters, an icon of the era.

No surprise then that the father of monetarist economics, Milton Friedman, used it to explain a simple but powerful idea. That central banks can create money out of nowhere. And that if real people were given it out of nowhere, they would spend it and stimulate the economy.

Friedman saw helicopter money as a dangerous and bad thing. Turned out he was right. In 1969.

You see, he was writing at a time when the system of fixed exchange rates connected to a US dollar that was backed by gold. It was known as the Bretton Woods system and it was collapsing. Partly under the weight of all that Vietnam War era spending and the arrival of the big spending baby boomers into the workforce.

Two years later Nixon fully ended the ability to convert US dollars into gold. It was the end of the gold standard and by 1973 the Bretton Woods system was gone completely.

The next two decades were inflationary all over the developed world. In New Zealand too. We had carless days and the Muldoon price and wage freeze. Mortgage rates rose to over 20 percent here by 1988. That’s because the previous year inflation hit a record high 18.9 percent.

All this inflation was why a new Reserve Bank was created. An independent body dedicated to getting inflation down to around two percent. The idea that politicians could fire up the bank printing presses to get re-elected was banished.

High official interest rates and that laser-like focus on inflation from central banks finally got on top of inflation in the early 1990s.

People really started to think about helicopter money in a different light in 2002 when American central banker Ben Bernanke pointed to the deflation happening at that time in Japan. He flipped Friedman’s idea on its head. He suggested a tax cut for everyone, paid for by printing money.

Back then it was seen as heresy for a central banker to even talk about money printing - let alone do it. Those two words - money and printing - were the central banking equivalent of Voldemort and Macbeth: not to be talked about in polite company. Bernanke was forever dubbed ‘Helicopter Ben’ after that speech, and he promptly stopped talking about it.

Even when he was head of the US Federal Reserve during the global financial crisis, he didn’t follow his own advice. Instead, he created money to buy Government bonds, essentially printed money to give it to fund managers and banks to push down long term interest rates. The official expression for this is quantitative easing.

That was a helicopter drop for the rich. Over $15 trillion of this sort of money printing has been done by central banks since 2008 and it has been very good at pushing up asset prices – bond prices, stock prices and property prices.

Bernanke had actually originally talked about a helicopter drop for everyone, including the poor and those who don’t own property. Instead he just dropped it on the rich.

But what about going back to Plan A?

Would a helicopter drop work in New Zealand? 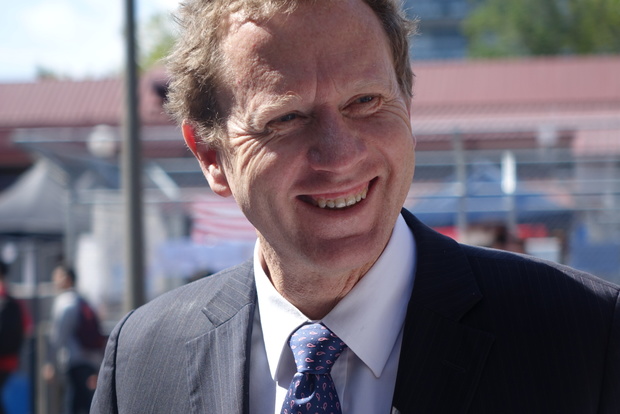 National’s soon-to-be Finance Minister Steven Joyce was scathing in response and like Bernanke, the Greens quietly dropped the policy in 2013 after the backlash. But Norman wishes there had been a more detailed and reasoned debate back then.

“I think it goes back to people not really understanding where money comes from. So most people would be extremely surprised to realise most money in the modern economy is created by private banks that make loans," he says.

"That basic ignorance about how money works frames the conversation around helicopter money or quantitative easing."

Norman thinks helicopter money for the people would have been much more effective at stimulating the economy than the way it was done. But for those who can’t stomach giving money direct to the people, Norman now has a better idea.

“If we’re going to produce a whole lot of money from central banks. Rather than using it to buy bonds, why not use it to build the green infrastructure we so desperately need?”

Even Reserve Bank Governor Adrian Orr is openly discussing helicopter money as an option for stimulating the economy.

“Being able to do the helicopter kind of money concept would be around being able to inject cash into the system. That sounds quite exciting. But, effectively, this is some type of voucher: 'Here's your money, you've got x period to spend it, otherwise it's not useful anymore'. It's a way of incentivising expenditure.