Tip-toeing around the US China trade standoff

They both want New Zealand to join their side in what has become a new cold war.

What do you do? 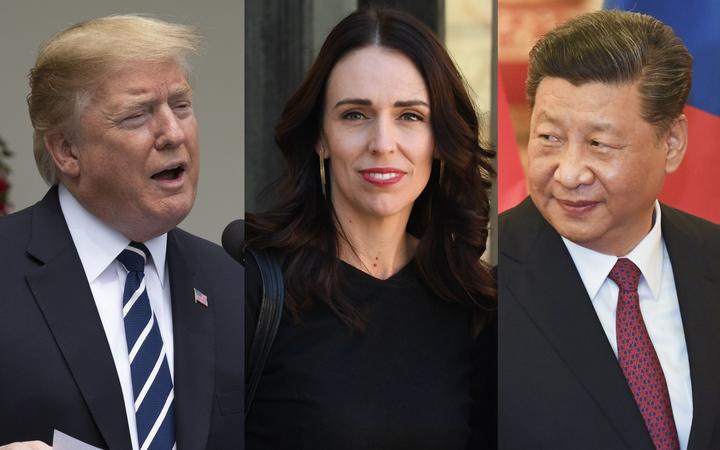 There’s an African proverb that ‘When the elephants dance, the grass suffers’.

Right now, New Zealand is the grass and we are tip-toeing between two stumbling elephants, hoping we don’t get crushed.

The trade war has definitely escalated this month, surprising most of the global economy. How did we get here? It wasn’t supposed to be like this, not since China began a process of ‘reform and opening up’ under Deng Xiaoping in 1978.

Kiwi economist Rodney Jones has been working in Beijing for more than a decade and said in the late 70s China saw what was happening in Hong Kong and Taiwan and adopted a policy of reform and opening up to try to achieve the same growth.

"Leaders came and went. Some were more liberal; some were more conservative. But what was unifying was the commitment to reform and opening up," he said.

"Well, under Xi Jinping, the era of reform and opening up is over. And this is our major obstacle."

"Things like Belt and Road have the appearance of opening up, but in substance, they're not," said Jones.

"It's more about China's grand strategy. So, we've got stuck. And the world's got stuck."

Jones said the west envisioned a China that would continue to reform; continue to open up and while the political system would remain different, we'd end up with an economy that was more like ours.

"That hasn't proved to be the case."

A big part of President Xi’s strategy is Made in China 2025, which it turns out makes it really hard for foreign companies to operate in China and compete with them globally. 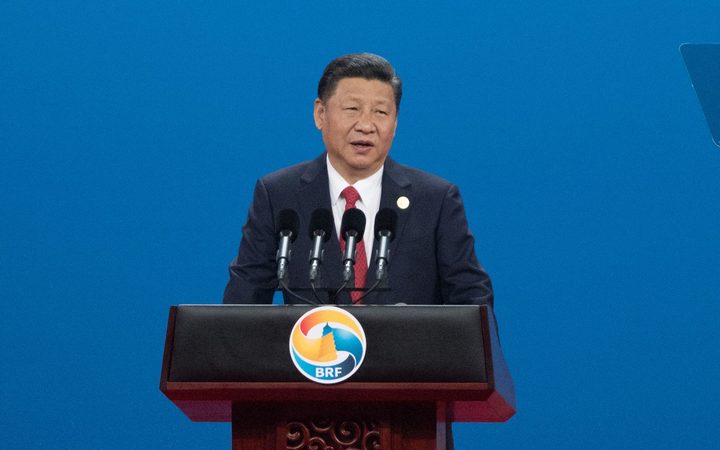 "It uses government support subsidies to build up a competitive, high-tech manufacturing sector in China and that includes food manufacturing, which is where it becomes an issue for New Zealand," said Jones.

But Jones said under WTO, that's not really allowed anymore.

"We're in a different world to what we were in the 60s and 70s. And so China wants to use policy from those days today. And that's where the US is pushing back on."

New Zealand has a cavalcade of companies who have tried and failed inside China.

Fonterra just lost the best part of $1 billion in a Chinese joint venture and in building a network of its own farms. The dairy giant was specifically told by the Chinese government that it had to form a joint venture with Beingmate.

Others have tried and failed too. Lion Nathan lost over $250 million in the late 1990s.

"It's very hard at that local level unless you find a really sweet spot - like A2 Milk."

But New Zealand is not alone. The systematic state subsidisation of ‘national champions’ is behind the widespread support for Trump’s trade clampdown. 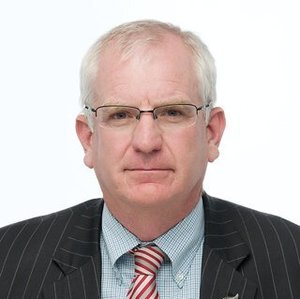 Charles Finny led the team that negotiated New Zealand's free trade deal with China and he says this American push back is not really new.

"If you look at the second half of the Obama presidency, you can see quite clearly tensions in the trade and actually wider arena between the United States and China growing," he said.

He doesn't think the difficulty foreign companies have with setting up in China is all down to government interventions.

"The Chinese are very difficult people, sometimes, to do business with. But a lot of New Zealand companies are trading very successfully with China," said Finny.

But our current trade minister David Parker recognises there are some difficulties.

"There are non-tariff barriers, including sometimes the way in which business is done in China that we do get some complaints about from New Zealand exporters. When we find those, we try and address them, and we don't generally do it through the media."

But what if New Zealand is forced to choose? Who do we side with? Our largest trading partner? Or our fellow democracy and defence partner.

Rodney Jones reckons we need to stick to our guns, so to speak.

"Our values ultimately define us. The reason we're proud of New Zealand is because of the values that we've held on to and stands we've made in the past. That's part of our identity and that's how we're seen globally and continue to be seen.

So he said we have to continue to speak truth to power.

That's to be expected when we rely so heavily on them for trade.

But Jones doesn't think China will "turn off the tap".

He said we've also got a floating exchange rate and deep institutions.

"By trumpeting our success with China we're ignoring our fundamental issues: our productivity growth is low, we're relying on more people rather than being more productive.

"We've got economic issues that we should be engaging with. And I find the China debate just absorbs all the energy and all the attention: a bit like Brexit in the UK. Brexit in the UK means that the government is not talking about what they need to make people's lives better. And sometimes, you can feel that in New Zealand: that, sure, we export more to China, but a lot of that is commodities and we would have sold that anyway," said Jones.

Charles Finny is also confident we're not at the point where we have to make a choice. Yet.

"Only if things were to get very, very bad. So right now, I see no case whatsoever for us to take sides. I think that we can be very good friends with both sides, particularly in the trade arena."

But very, very bad could be very bad indeed.

This week the USS Preble deliberately sailed close to a disputed part of the South China Sea, which China said breached its sovereign waters.

Both Finny and Parker are confident it won’t come to all out war. They believe sense will prevail or the intertwined nature of the American and Chinese economies will. 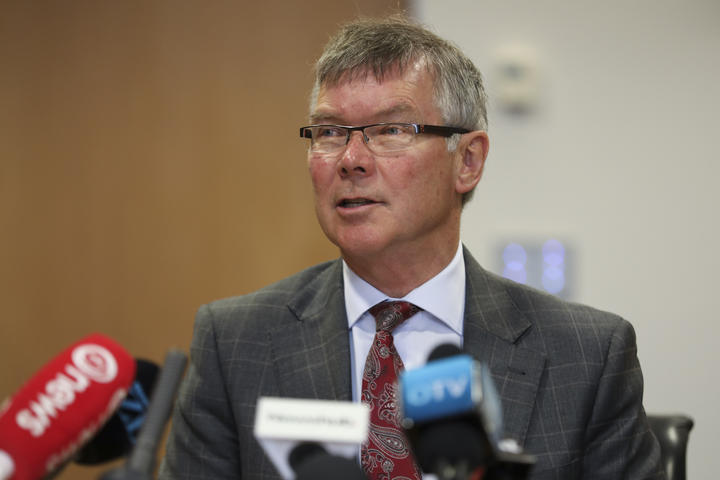 "I would say that there are fewer wars than they were in yesteryear, and we do have multilateral institutions and international trading relations that create interdependencies even when countries are not completely satisfied with those relationships," said Parker.

But Donald Trump is far from satisfied.

He just banned Huawei from selling its products in America or from buying microchips and components from suppliers who operate in America. He had to reverse course within hours when it became clear it would take US10 billion dollars of business off US manufacturers and their share prices had collapsed.

Trump’s Secretary of State Mike Pompeo has also warned Britain its place at the heart of the Five Eyes intelligence sharing arrangement that includes New Zealand could be endangered if Britain goes ahead and allows Huawei to build its 5G network.

In essence, America has already made that ugly phone call over Huawei. But not to you in 2025. It was to Theresa May. This month.