Brandon Veevers is happy in his work. He grows cannabis for a living –  and he's good at it, because he's had 30 years' practice.

The difference now? It's all legal.

Because Veevers is the head grower at East Coast-based Hikurangi Cannabis Company. 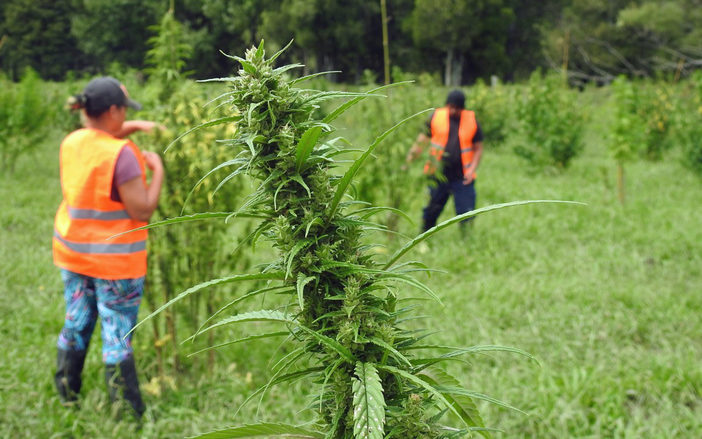 Hikurangi Enterprises wants to be front and centre in the medicinal cannabis industry. Photo: Wireless supplied

Brandon Veevers said it is the biggest bonus to be able to use his skills in something he loves to do.

"Not having to hide away," he said, "being able to openly talk about it is awesome."

The Hikurangi venture began three years ago with a hui in Ruatoria. The initial plan was to investigate the commercial potential of bioactive compounds derived from native plants.

Hikurangi's chief executive Manu Caddie is pleased with another government decision - in the wake of last year's reform of medicinal cannabis law – that allows companies like Hikurangi to licence local strains of cannabis. That is: cannabis bred over years of illicit growing. 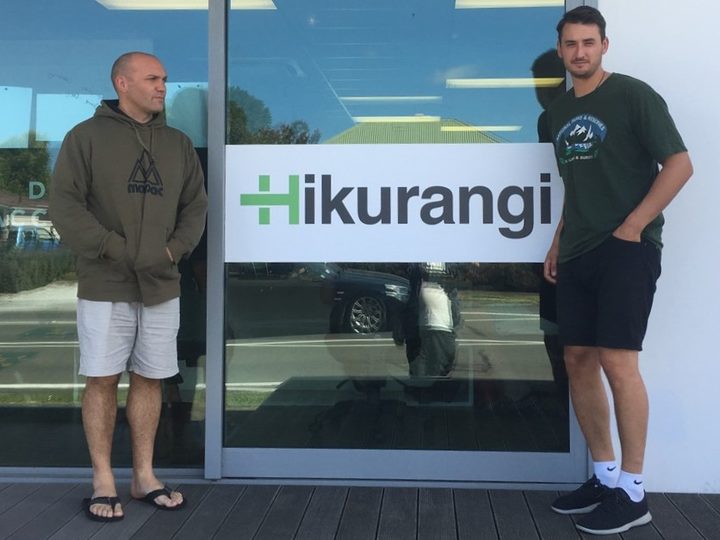 "It was definitely a big bonus," says Caddie. "They can't do it in Australia. Most places in North America have had a very limited window for that opportunity – those that got in quick were able to lock it down and others could not access the same varieties.

"It's going to be good for the industry in New Zealand. It puts us a step ahead of many of our competitors. And there's a number of things the government is doing which are going to be great for the New Zealand industry. We're going to leapfrog a lot of those jurisdictions that we've started behind – because the regulators are so progressive in New Zealand."

Being allowed to access the resource of local strains is important because globally the emerging medicinal cannabis business is about breeding plants for attributes. A plant that produces the right cannabinoids in the right ratios is potentially a very valuable one. And some of that value may pass to the people who have developed them over years.

"The growers that we're working with have intimate knowledge of a number of strains that they've looked after for decades in some cases. They've taken significant personal risk with that process. So it's not just the genetics, but that knowledge that comes with that plant and growing it in certain conditions – knowing that it does well in. That knowledge is as important as the actual genotype. 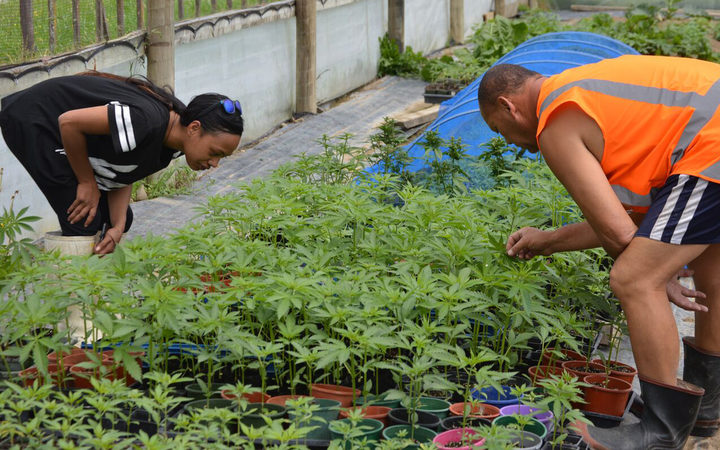 "We've been talking with many of [the growers] about ways that we can work with them. They've bred particular strains themselves and we'll have to take time to properly scientifically characterise them and look at where the attributes are that we want to breed from.

Caddie said when he was in Nepal recently he saw a plant growing at minus five degrees that had out-lived all the other plants around it.

"That's the kind of characteristic that would be awesome for us to be able to bring into a New Zealand-bred plant that could grow year-round in most parts of New Zealand," he said.

"So there's lot of those sorts of opportunities. There's some plants that have been grown in the illicit market that will be able to come into the legal framework, and then there'll be others that are part of our and others' breeding programmes over time."

Regulators have already made clear that a historic cannabis conviction will not be a barrier to participating in the new industry. But just how formerly illicit growers could benefit from the intellectual property they've developed is a bit more complicated.

"The interpretation of the provision for including those local strains, many of us assumed that meant there was an amnesty and we'd be able to set up a cooperative structure for those breeders to be part of. Where they get to control and own what happens to their knowledge and genetics.

"Unfortunately, the way the wording in the law is at present, it seems like it's more of a don't-ask-don't-tell."

Caddie said regulators can't ask the licence-holder where they got the genetics from and there's a precedent for that in Canada where producers are required to sign an affidavit to say 'we've got these strains on the day that we get our licence'. 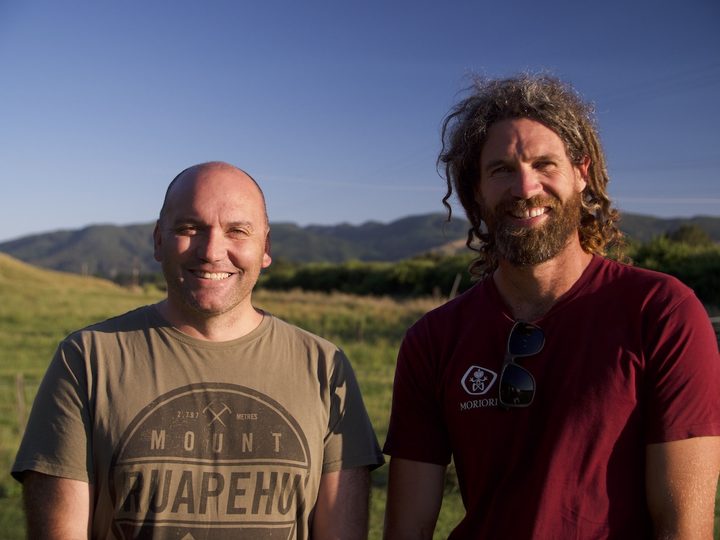 "So it's complicated. Previous convictions won't automatically disqualify people from working in the industry – and that's great for those individuals who do have some history in the criminal justice system, related to the plant.

He said things could have been done differently, to enable growers to be legitimate in their own right, outside of the licence-holding producer companies.

"We need those breeders to do their thing, but I guess that's going to happen with the companies rather than separate to them. If they've got knowledge and skills that are useful for producers, then I imagine they'll be top of the list to be employed."

But Caddie also sees a need for curbs on property rights, particularly where the interests of indigenous communities are at stake.

"There's some work we're dong with an organisation called the Open Cannabis Project, which is a global initiative to try and prevent the patenting of cannabis plant varieties. It's designed to try and prove that those companies didn't have the right to do so and prevent other companies from doing likewise.

"Which our board and shareholders might struggle with, but it goes back to ethical principles and trying to ensure that that plant's benefits are available to as many people as possible. And particularly that the right to make medicine and wellness products from it don't get locked up in one particular company," said Caddie.

But the plant itself is only half the story. A plant that's got two per cent of the cannabinoid you're chasing is only half as valuable as one with double that, because you only have to grow half as many of the higher-yielding variety. But Caddie explains what you do with the plant is also important.

"The technology around formulation and efficacy, clinical research and trials, building a database not just on the plant or the product but on the people that are using it.

"Like any medicine, different people respond differently to the same medicine – there'll be genetic markers or distinctions within individuals that we can start to track over time. Build a real deep understanding of these plants and that product: with this type of person for that condition we can expect these results. 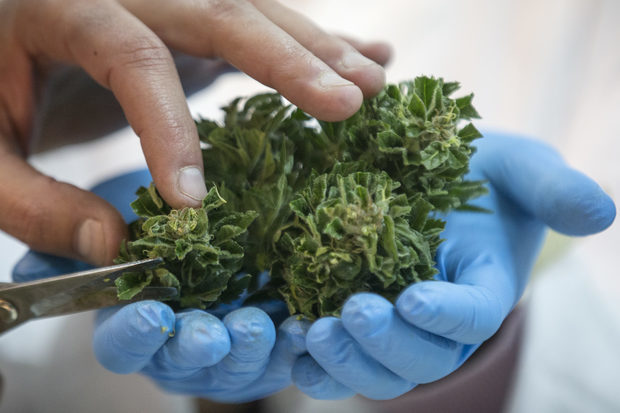 "But we're a long way off that. That's the exciting part of the industry – it's so new, there's so many opportunities and so much learning to be done," he said.

The epicentre of that learning will be Ruatoria – where more than 90% of the population is Māori, unemployment is high and the economy has withered in recent decades. The town lost its last retail bank in 2015.

A site just out of town will house a sophisticated lab and production facility. Equipment there will, in some cases, need to be monitored in real time from the US, because there's no local support. (It's a good thing Ruatoria has ultra-fast broadband these days.)

And although the final Ministry of Health regulations won't be published until December, officials have been open with potential producers about their likely shape. 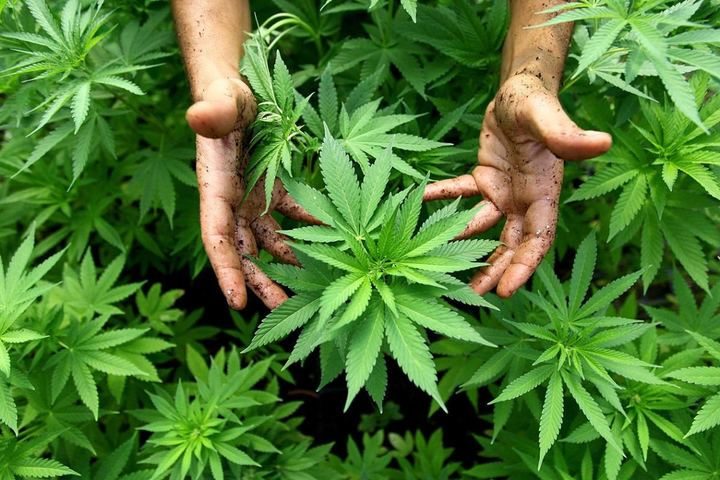 A key factor in the cost and scarcity of cannabis-based medicines so far has been the requirement for them to be of pharmaceutical grade, which means expensive Phase 3 clinical trials for every product. The new regulations are expected to have a "near-pharmaceutical" category in which manufacturing standards and product contents will be controlled.

The rules will also include the ability to export.

This is crucial for Hikurangi, as it will initially fund its operations by supplying bulk extracts to a broker in San Diego. But New Zealand's brand image and Hikurangi's own story – it is in part a social enterprise – offer the chance of a premium in the international market. And Manu Caddie is emphatic that the company's future extends well beyond primary production.

"In five years' time we'll have made a lot of money from bulk extract exports, which is where the short-term opportunity is in the industry. And we'll have some clinical trial data and evidence under our belt, and some novel products and delivery devices within our stable – and be well on the way to licensing some of that IP to other companies in other parts of the world.

"We'll be exporting as well as providing cheap, very effective products to New Zealand patients – that are hopefully by that stage subsidised – and that we can produce much more affordably because we have those export opportunities."

For Brandon Veevers and his team – all of whom come from a similar background to him – the growth has already begun. 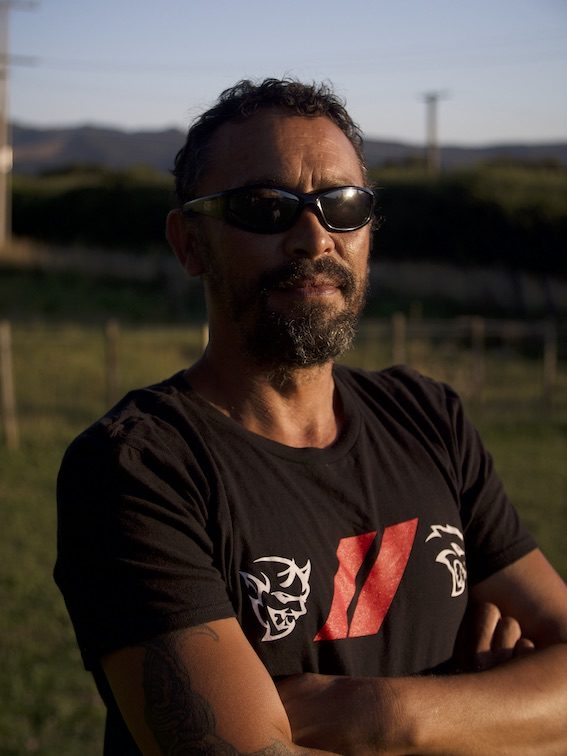 "Recording was a hard one for us. Coming from what we were doing, if you wrote anything down, well that's a big thing. If anybody found that, then you got no excuses, you're done.

"It's upskilling us as well. I won't say every grower, but there are a lot of growers whose educational background wasn't great. Getting used to using a laptop and writing things down is a big thing.

"Myself and the guys that are growing with me, we know how to structure something that other people can follow now. Which is pretty cool."

And while Hikurangi looks to a future in the international market, Brandon is thinking local.

"It's good for all of us. Everybody gets to have a part in it. You don't have to grow, you can be somebody who supplies soil and stuff like that. It's going to help out community, and put our kids into things like being lab technicians instead of lining up for a bloody benefit cheque or whatever."