As the Iron Curtain came down across Europe at the end of World War II and allies united against Nazism splintered into Capitalist and Communist camps, a fraternity of intelligence agencies was created, known as Five Eyes. It was a tight-knit club and one that demanded cooperation and loyalty. 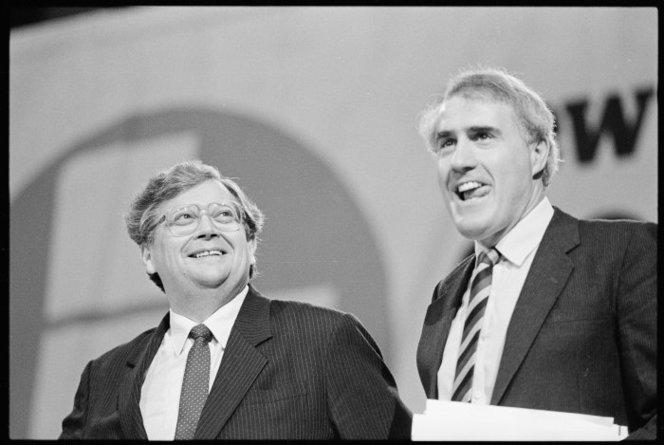 The Five Eyes alliance was a group of countries whose leaders traditionally were, as former GCSB boss Sir Bruce Ferguson put it, White Anglo Saxon Protestants (WASPs). They shared a common world view. It began with a treaty between the United States and Britain, who were then joined by Canada, Australian and, in 1956, New Zealand.

"There is a sort of feeling that we have to earn our stripes, if you know what I mean. And so there's that kind of pressure to be super cooperative".

Ferguson disagrees, but admits the relationship is "intimate".

In Episode 4, Paul Buchanan, a former security analyst at US intelligence agencies and the New Zealand-based founder of 36th Parallel Assessments, says those shared bonds have been impervious to political disputes, such as the stoush over New Zealand's nuclear-free policy. Former Prime Minister Helen Clark argues membership is a net positive, but is concerned we are once again getting too close to these traditional allies.

We look at how Russia's efforts in New Zealand in the 1980s compare to their attempt to influence American elections in recent years, the Five Eyes' attempt to influence governments around the world and learn about Sir Bruce's golf games with the CIA and FBI. And we get closer to the details of that raid on the Czechoslovakian embassy.